This week, the UN General Assembly will adopt the Security Council’s recommendation of António Guterres as the ninth secretary-general. What will change when his term commences on January 1, 2017? If the immediate past is prelude, not much. But if older pasts are considered, much could happen in Guterres’ first months on the job.

The occupant of the world’s most visible bully pulpit and manager of an essential organization for today’s world order is more crucial than many observers, especially many Americans, believe. Other than his quiet diplomacy on climate change, however, outgoing secretary-general Ban Ki-moon is a model of how not to do the job. Ki-moon’s jaw-dropping self-description as “invisible” coincided with The Economist’s forthright evaluation: “the dullest—and among the worst.”

Guterres, the front-runner for several months, was a successful two-term former prime minister of Portugal and former UN high commissioner for refugees. As the first Socialist former head of government to hold the top UN post, he was not The Wall Street Journal’s favorite; but his distinguished tenure in government and UN management experience, as well as diplomatic finesse made him the best declared candidate for the job. In particular, his handling of record-breaking numbers of refugees and advocacy for their rights impressed donors and recipients alike.

Guterres’ forthcoming “honeymoon” likely gives him leverage to produce significant change. Those in senior leadership positions will tender resignations, providing him with the chance to make adjustments rapidly—either through new blood, reappointments, or elimination of posts altogether. Although Ban failed to seize that opportunity, his two immediate predecessors instituted sweeping staffing and management reforms in 1992, 1997 and 2002. Not as charismatic a leader as Kofi Annan and not as abrasive as Boutros Boutros-Ghali, nonetheless Guterres could and should aim to emulate them.

Transformation is imperative if the UN is to become capable of responding to a growing list of life-threatening challenges, ranging from the proliferation of WMDs to pandemics, from terrorism to climate change, from mass atrocities to poverty.

To state the obvious: The UN often fails to address the challenges and achieves less than envisioned by its founders. We need only point to Syria, or to Africa where peacekeepers raped children, or the countless turf-conscious bureaucrats to see why confidence in the UN has eroded. A Gallup survey released earlier this year found just 38 percent of respondents judge the UN as effective.

That’s not surprising when considering the UN’s rampant inefficiency and sometimes unimaginative personnel; the organizational chart refers to a “system,” but it has more in common with feudalism than anything more modern. A good place for Guterres to begin reform would be shaking up the international civil servants in the secretariat, and streamlining the complex system.

Still, imagine a planet without the United Nations. It would be less just and more polluted, less stable and more repressive than the one to which the UN aspires and, at its best, contributes.

The choice of an experienced and competent Guterres overcame both lowest-common-denominator dynamics and earlier political correctness: geography—supposedly it was Eastern Europe’s turn to fill the top job—and gender, dashing the hopes of many activists that a woman should lead the organization after seven decades. The selection process also no longer resembles a papal conclave. The equivalent of white smoke from the Vatican was replaced by public hearings in which he and other candidates participated. These are welcome albeit modest steps pointing to a more merit-based and transparent process that should be replicated by other international organizations—including the World Bank and IMF—which had previously been reserved for U.S. and European nationals.

The selection of a new UN secretary-general should rekindle optimism about the potential for multilateral cooperation. Guterres understands the world organization’s political flaws and structural and staffing shortcomings. Let’s hope he has the determination and guts to undertake the Sisyphean task of reforming them.

Thomas G. Weiss is presidential professor of political science at the CUNY Graduate Center and 2016 Andrew Carnegie fellow. His forthcoming book is Would the World Be Better without the UN? 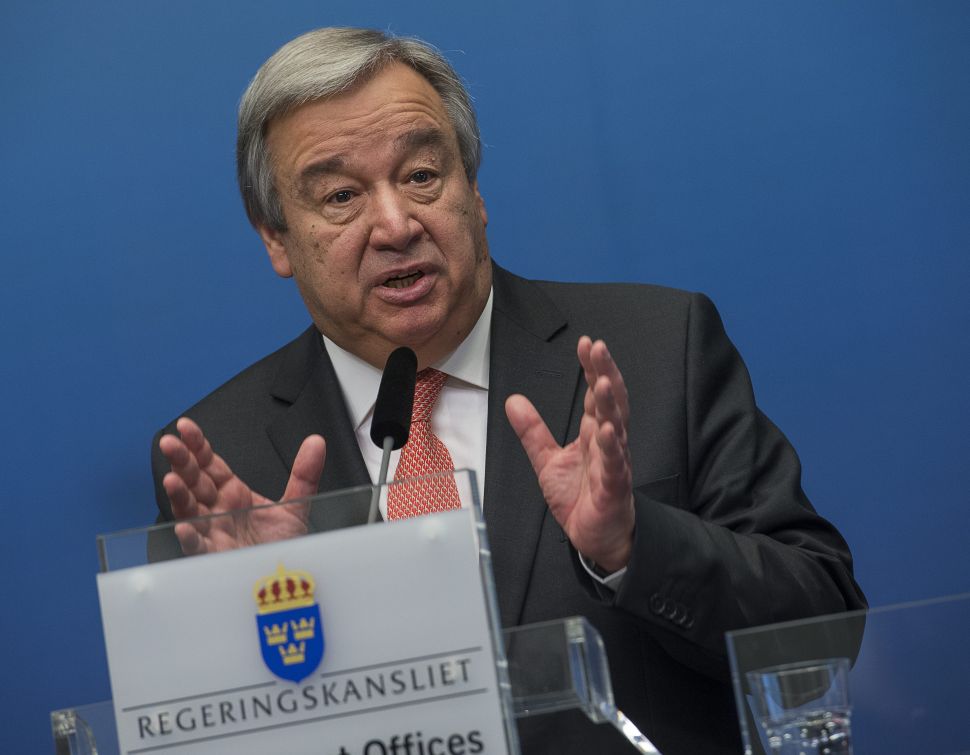