Making the rounds recently with a pair of international clients, Bond New York agent Janine Young stepped into something of a time warp.

It was nothing radical. No Doc Brown-and-his-DeLorean-type situation. But there was something about a couple of the apartments they looked at that felt just a bit, well, musty.

“I had taken them to a few different buildings in Chelsea that were all built around the same time, and two of the buildings we went to had these built-in iPod docks,” Young recalled.

They had all noticed the docks at the first apartment, she said, but no one had felt the need to comment. At the second apartment, though, “we all just kind of looked at each other at the same time and were like, ‘another iPod docking station?’ ”

The 2004 store called, and it wants its cutting-edge amenities package back.

“Timeless” is an adjective much beloved of real estate agents and developers, but technology—particularly in this age of vanishing headphone jacks and unceasingly evolving adaptors—is anything but. And while a little outdated gadgetry isn’t the end of the world, it doesn’t do an apartment any favors.

“With technology I think there is a real risk that the next big thing becomes obsolete way faster than it ever has in the past,” Doug Perlson, CEO of real estate firm RealDirect, told the Observer.

“We definitely saw a ton of iPod docks five to 10 years ago—that seemed like an amenity that was getting built in everywhere,” he said. “But with the pace of Apple’s development and their inclination to change power supplies, I think people are more hesitant to [include] that kind of stuff with the assumption that it’s going to be around in the future.”

Another once-hot feature whose time has passed? Built-in speaker systems.

“People have these speaker installations all over their homes, but what I am finding is that people generally prefer Sonos,” Perlson said.

CitiHabitat’s David Maundrell agreed. “Sonos and all these other different folks started to come out with wireless [systems] and it has made that stuff completely outdated.”

He cited cold-storage rooms as another once common amenity that improved technology—in this case on the delivery-service side—is making obsolete.

“The FreshDirect [rooms] are completely outdated now, because FreshDirect runs such an efficient business that people aren’t dropping off those packages [when customers aren’t home],” he said.

Life in the vanguard has other hazards, as well, Perlson noted. For instance, that hot new technology you’re anticipating may never quite take off.

“We just worked with someone on the sell side who built what they dubbed the ‘apartment of the future,’ “ he said. “And in it were a lot of kind of whiz bang technologies—TVs that disappear, iPad-based controllers…”

One feature, though, Perlson said, “made me scratch my head.

The builder included that feature in anticipation of the iPhone 7 being induction charged, Perlson said. But it isn’t. (The Samsung Galaxy is, though, he noted. Hooray for exploding countertops!)

Tech decisions are also made more perilous by the fact that delays are a fact of life in New York City development, said Douglas Elliman broker Ariel Tirosh.

“Obviously, every developer, when they start working on a building, is thinking the building is going to be ready in two or three years,” he said. “In actual life, most often it happens after that.”

Tirosh recalled working with on the plans for Adam America’s 100 Norfolk condo building, which came to market this year.

“We were thinking about including USD plug-ins with the power outlets,” he said, but the trend towards wireless charging technologies led them to go without.

Nonetheless, the technology question is “heavily debated” among developers he works with, Tirosh said. “Some people tend toward technology more than others and really try to advocate for the next trend.”

Technology isn’t a significant draw for most buyers, he said. “The general market as a whole still cares first and foremost about the fundamentals of real estate, which is location, the air and light of the apartment, the size, the proportions, the finishes.”

One particular subgroup is technology obsessed, though, Tirosh said. He meant, of course, millennials, our current civilizational scapegoat, the scourge responsible for so many of our age’s baleful developments.

“The millennials love gadgets,” he said. “Though the magic does expire fairly fast.”

But while for developers, keeping up with the latest tech might be a mug’s game, shifts toward wireless and app-based services could actually ease worries on this front, suggested Stribling & Associates president Elizabeth Ann Stribling-Kivlan.

“I just renovated my country house, and before a big selling point for the house was that it was wired and there were speakers everywhere,” she said. “But now I have a Sonos system going, and every speaker I buy, it’s not like I have to get the tech person out to [hook it up]. I just plug it in and put it on the router, and I’m done.”

“They are an unbelievable thing to have in your house,” she said. Newer app-based systems, she added, offer similar features at lower price points.

“The Crestron system was the last big thing, but now the future seems to be heavily focused on apps,” Tirosh agreed. “So I think the smartest move today is to avoid going too heavily into the technology, and just letting those future solutions play out themselves.”

But what to do if you dropped a bundle on iPod docks a decade ago and now need to sell? Try playing up the kitsch angle, Young suggested.

“If I had the listing I would use them [during showings] and put on songs from like, what, 2006?” (Basically just Gnarls Barkley on repeat, in other words.)

Alternately, you could just wait until the offending technology emerges from the uncanny valley of the not-quite-current and becomes once again respectable. Electric lights were cutting edge a century ago, and you don’t see anyone sniffing at them now.

For instance, Stribling-Kivlan said, “There is nothing better than when you walk into an old prewar apartment and they have a built-in ironing board. I think 20 years ago you would have looked at that and said, ‘Oh, how outdated,’ but now it’s kind of kitschy and cute to have it. You may not use it, but it’s there.”

And maybe you will use it. Mirador Real Estate agent Jessica Milton recently sold an apartment to a couple for whom the unit’s dumbwaiter was a not insignificant draw. The buyers planned to live on the first floor and keep their office in the basement, and the dumbwaiter would let them pass things back and forth without having to go up and down the stairs.

“The showing agent was just like, ‘Ugh, there’s a dumbwaiter,’ and they were like, ‘Wow, that’s awesome!’ ” she said. “I think probably 90 percent of people would be like, whatever, and just wall it over. But for my clients the thought of not having to go up and down the stairs every time they needed something was amazing.”

CitiHabitat’s agent Loretta Bricchi Lee cautioned, however, that in her experience Old World touches are most charming in a rental. She currently has the rental listing for an Upper East Side studio featuring up-to-date amenities like original murals, a manual elevator and forced hot air heat.

“I think that when somebody buys, it is probably the idea of the amount of money that they are investing that changes the equation, and then they really tend to want new things,” she said.

And not everything old becomes new again. Young recalled renting units in the 1990s in a building where all the apartments came with their own sauna.

“They probably built them back in the 1970s when they were like a bachelor-style apartment,” she said. “People [then] kind of looked at saunas as a really fancy amenity. It was probably like the coolest thing.”

By the time Young came to them some 20 years later, though, they were just plain weird.

“Over the course of time they became really dated looking, and I think they turned most of them into like second baths or walk-in closets or whatever,” she said. “But that was a very useful amenity for a good 20 years. They still had these in their apartments until like five years ago.” 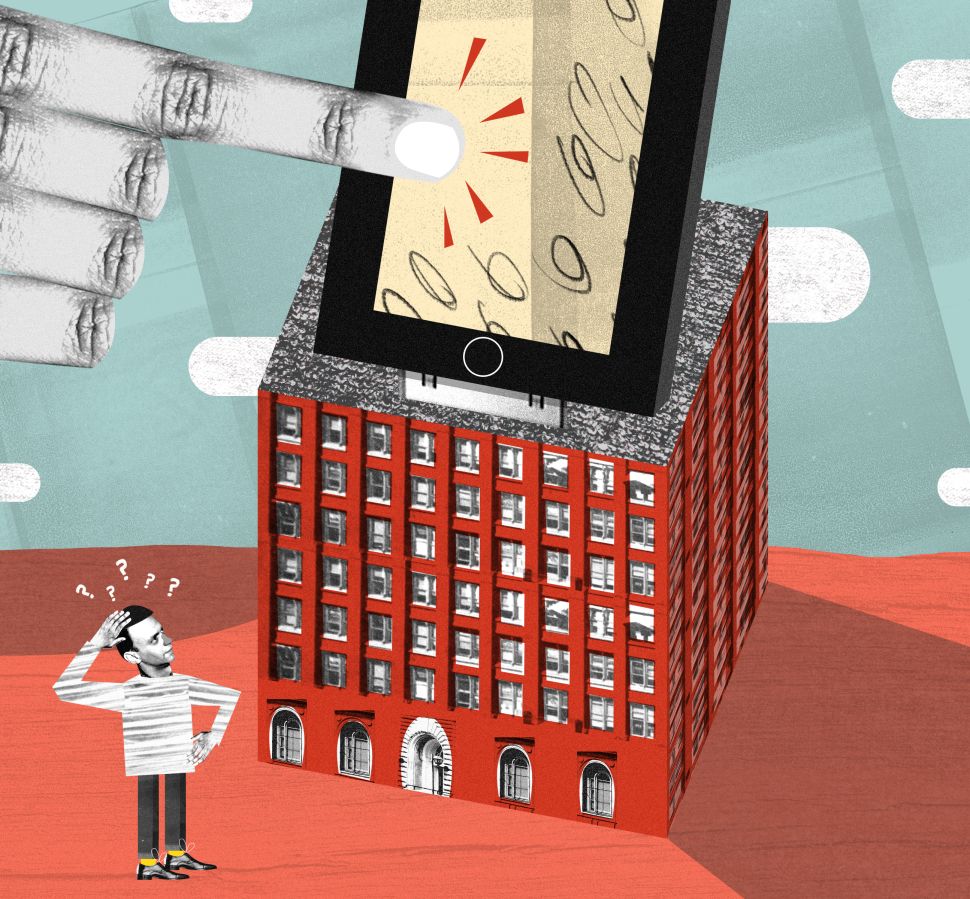