Russia has created a no-fly zone in Syria.

The world has given Vladimir Putin carte blanche to do whatever he wants in the Middle East. It’s been that way ever since September of 2015 when Russia began its intervention on the ground in Syria. It was all part of a larger Russian plan that few—if anyone bothered to pay attention to.

The objective of the United States was to try to stop Syrian and Russian planes from causing civilian damage, especially in Aleppo. But the tables are now turned. Now the supposed protectors of innocent Syrians—the US and her coalition partners—will need to ask permission to fly their planes over Syria because they would be flying in the new, Russian, multi-layered, missile shield known as the “Integrated Air Defense System.”

This was the Russian plan from the beginning. Putin was (and still is) intent on keeping Bashar Assad in power until ISIS and al Qaeda are removed and calm is restored to Syria. Russia has established its Mideast base of operations in Tartus.

Here is how the Russian no fly zone works.

The first thing the Russians did was to bring in and install a massive deployment of the sophisticated and integrated anti-aircraft weapons system called the S-300 at their $3 billion naval base in Tartus The S-300 is, by the way, the same system they are selling and delivering to the Iranians. That move took place on October 3rd. The new S-300 deployment augmented the S-200s that were already in place throughout Syria.

Next, the Russians added a series of very effective short range surface-to-air missiles. The PantsirS1 and the Buk missiles are part of the naval weapons on Russia’s guided missile cruisers which sit anchored off the Syrian coast.

Now, add to that the Integrated Defense System which links all these systems plus others like the most advanced and newest of all missiles, the S-400 missile system which has a range of 350 miles and, voila, a Russian-operated no-fly zone is born.

Why is there a threat that would require having such an advanced, layered, anti-aircraft defense system in Syria? After all, ISIS doesn’t even have an air-force.

The zone has an overlay of air defense levels at 110 miles, then 220 miles and finally, at 300 miles. That is, by all standards, very, very extensive.

The question begs asking: Why is there a threat that would require having such an advanced, layered, anti-aircraft defense system in Syria? After all, ISIS doesn’t even have an air-force. And there is no other threat to Syria other than the 14 nations that are flying (or were flying until the no-fly zone went up) through Russian-controlled airspace. Two of those air forces fly there with impunity—Russia and Syria.

Israel and Russia have gone to great lengths to make certain that, at least when it comes to their air-forces flying over Syria, they are on the same page and there will be no problems. There have been face-to-face meeting between Putin and Netanyahu to iron out any issues and to secure lines of communication. Putin has said that Israel can and should defend herself. Israel has said that they are not taking a side, but they will certainly prevent weapons from being transferred into the hands of Hezbollah. If need be, they will also retaliate when necessary. Russia will be informed by Israel in advance but may not pass a warning on to Israel’s target. These are the terms of Israeli and Russia’s agreement.

That leaves 11 other countries, including the United States. The US and Russia are on opposite sides of almost everything when it comes to Syria. And given the current status of the Russian defense system, the other air forces are, effectively, now grounded. 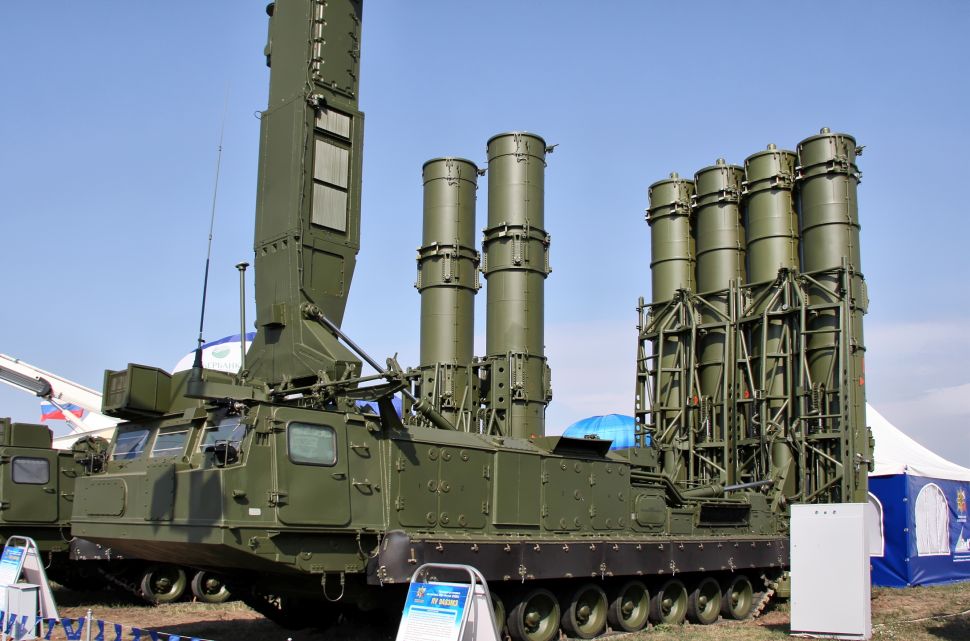