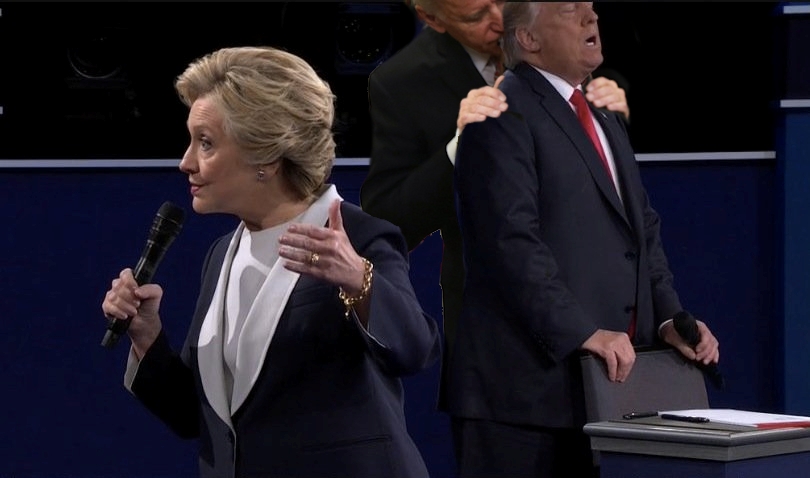 This is the image currently winning the battle.
Reddit/KlaatuBrute 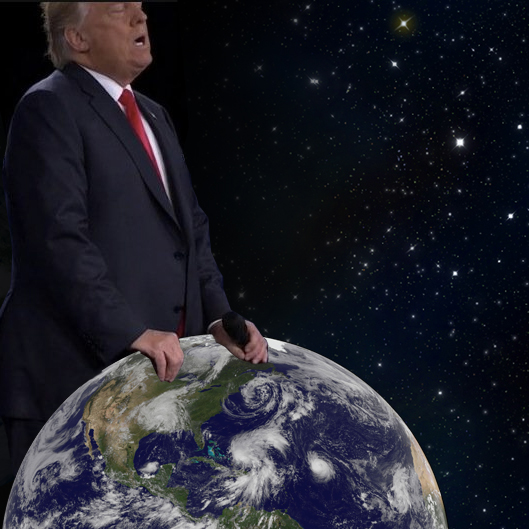 A visual interpretation of what one Redditor thinks Trump would do to the planet as president.
Reddit/pixelwhip 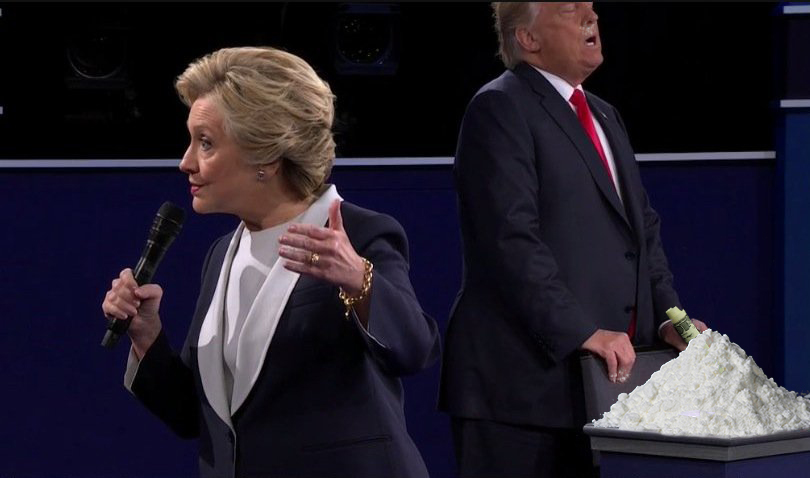 So that explains all the sniffling.
Reddit/CJ_Productions 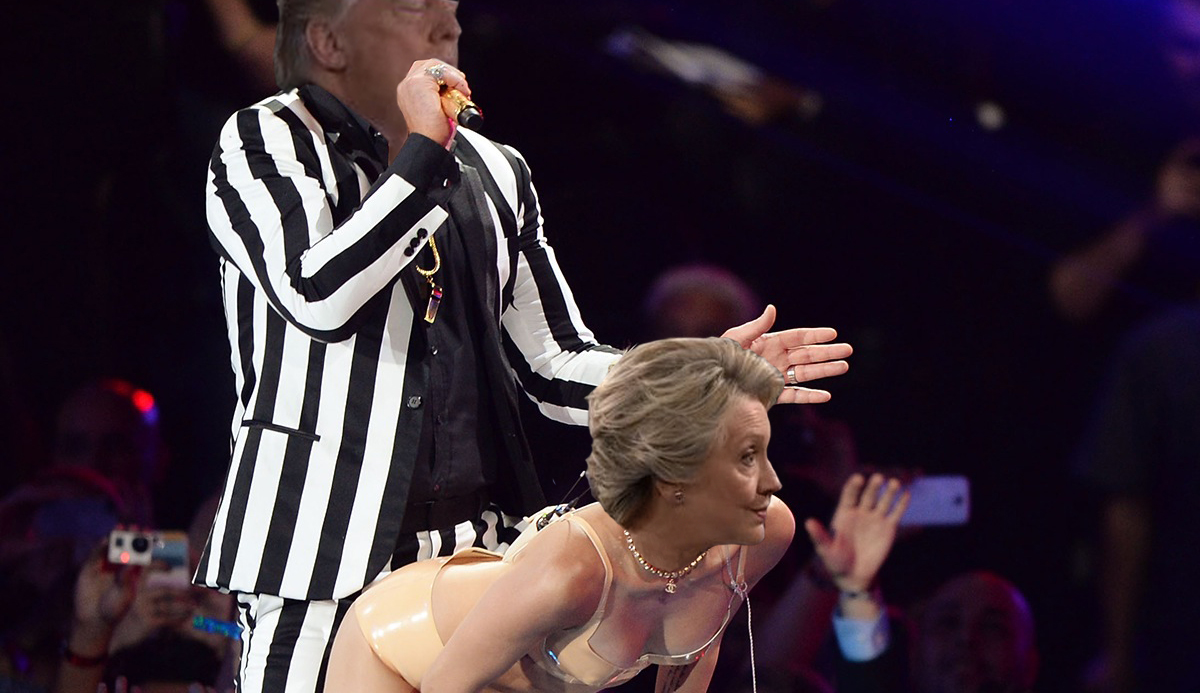 It's captioned "in the Thicke of it."
Reddit/Jamason23
Advertisement 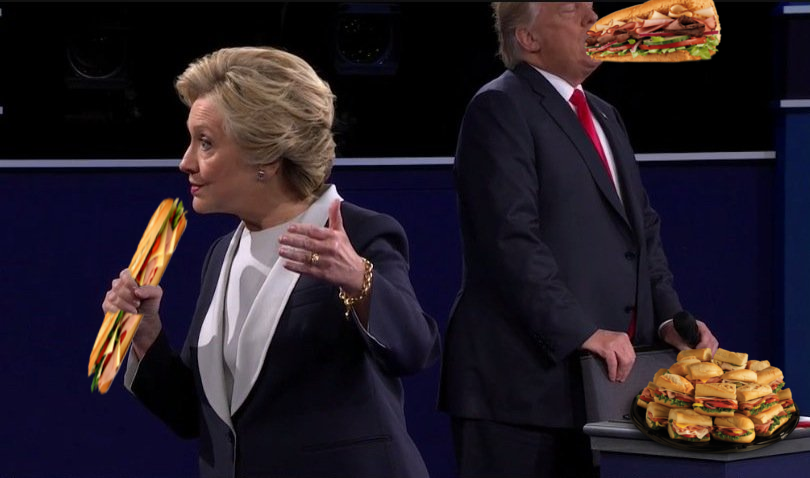 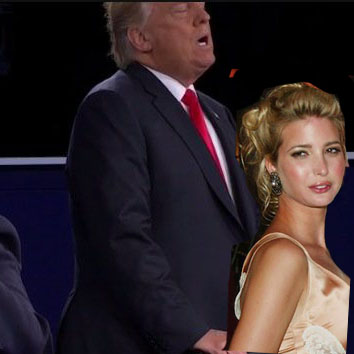 Everyone saw this one coming.
Reddit/Agastopia 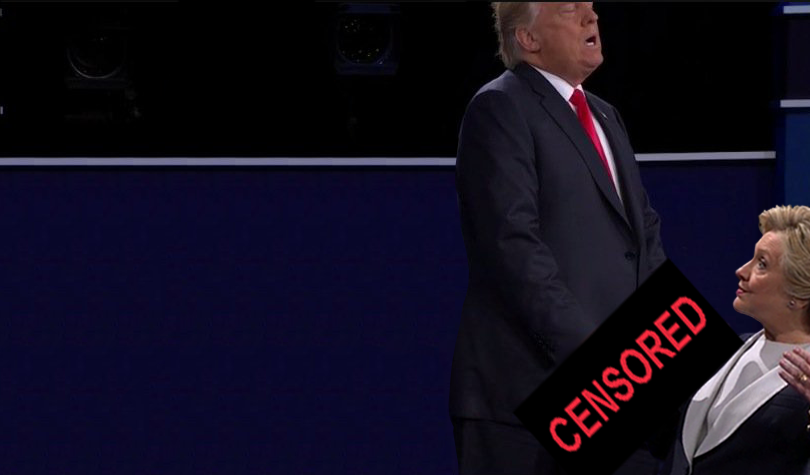 There were many submission along these lines.
Reddit/zvoidx
Advertisement 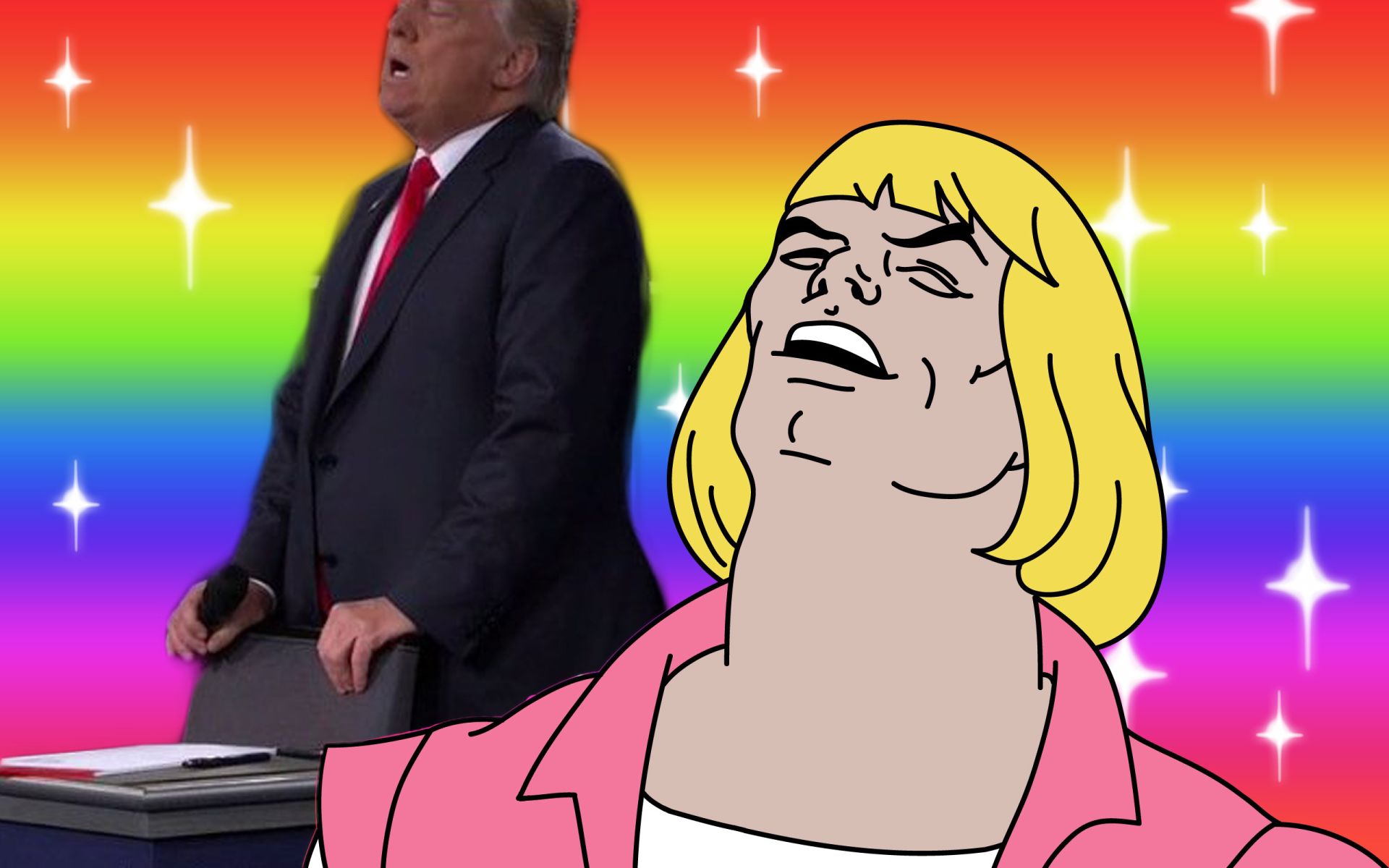 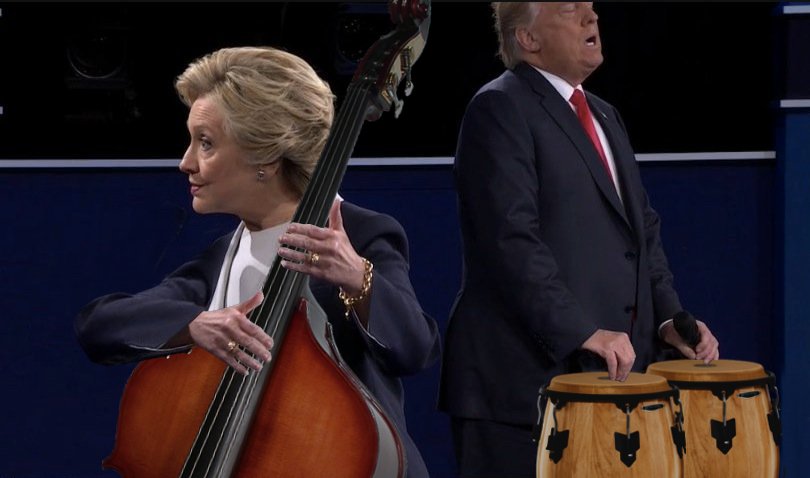 The band's back together.
Reddit/GandalfSwagOff 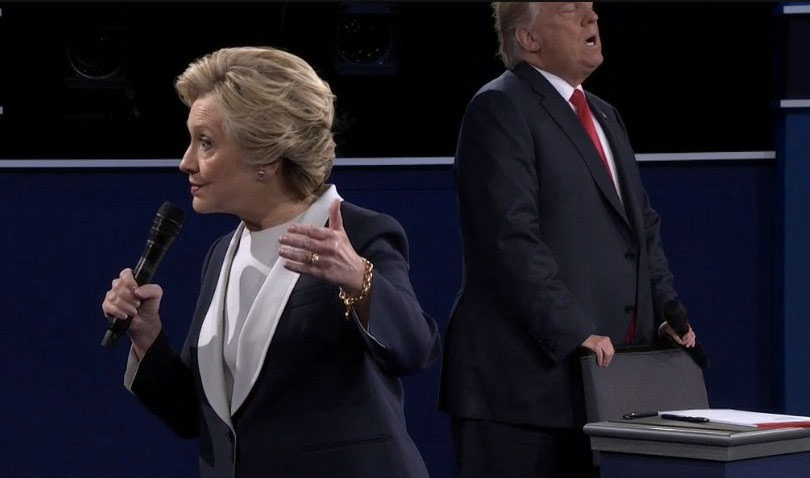 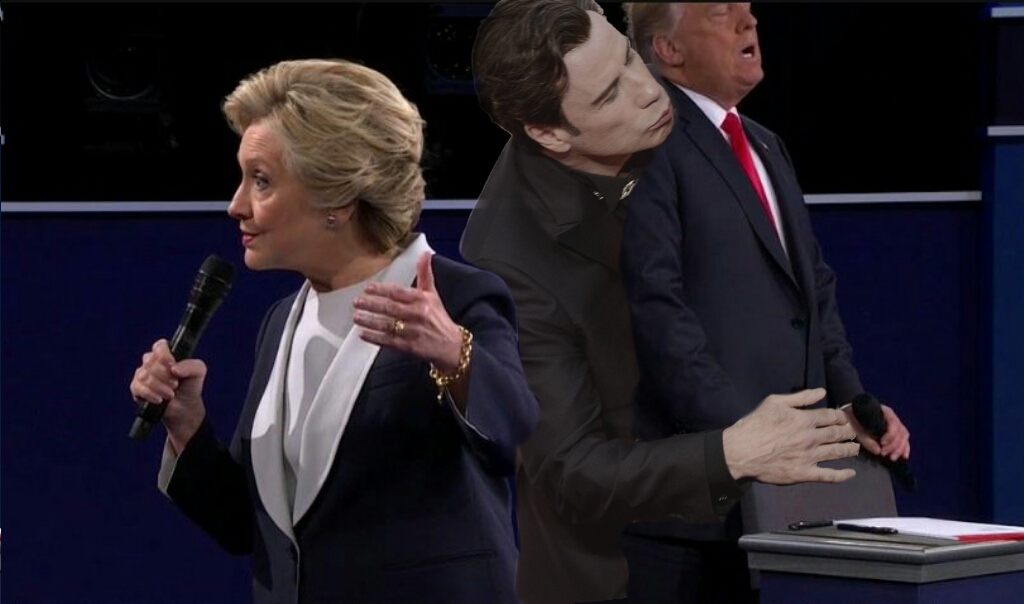 John Travolta literally always winds up in these.
Reddit/hanky1979 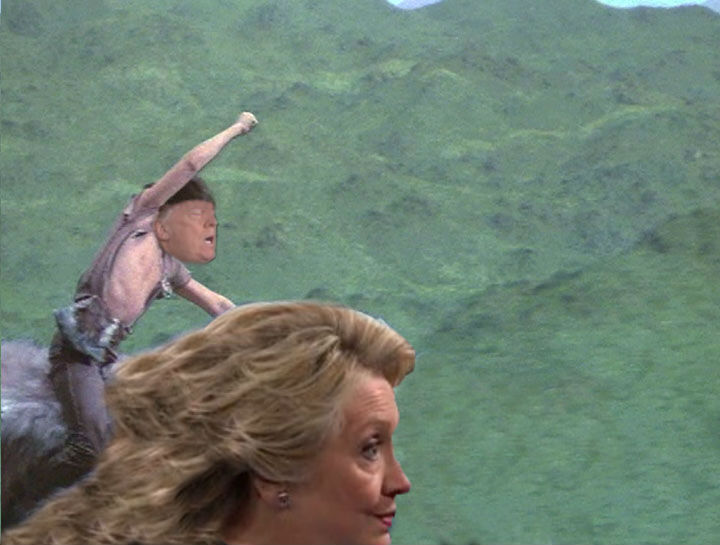 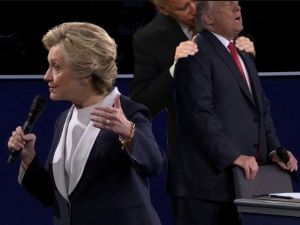 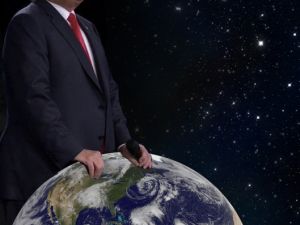 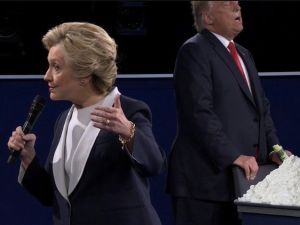 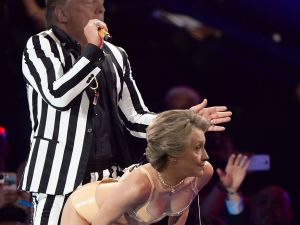 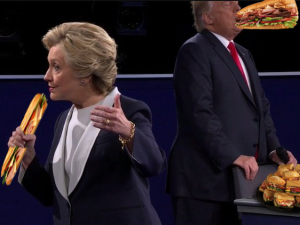 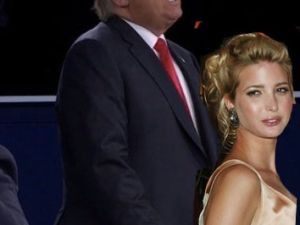 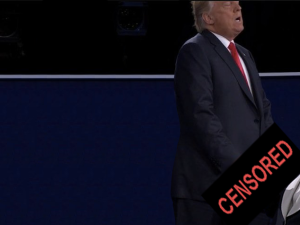 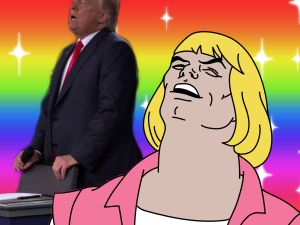 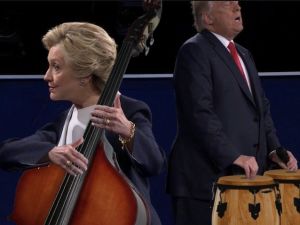 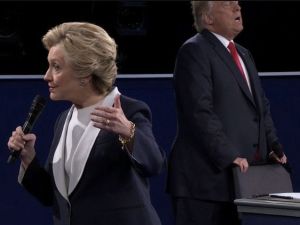 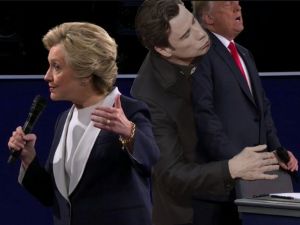 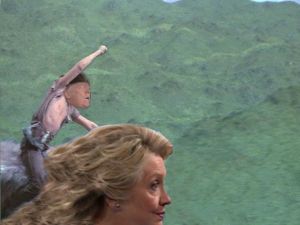 PsBattle, the mega popular Reddit community that thrives on making ridiculous Photoshopped versions of regular images, has been living off politics thanks to the crazy that is the 2016 election. Perhaps the best battle occurred a few weeks ago when Redditors challenged each other to edit a photo of Donald Trump embracing his daughter Ivanka, which went exactly how you’d expect.

But we now have a new top-reigning battle thanks to Donald Trump, who had a tendency to pace behind Hillary Clinton and impatiently grab his chair as she spoke during last night’s debate. One popular image of him behind her, holding his chair with his eyes closed and mouth slightly open, has obviously gone viral as the butt of many suggestive jokes. 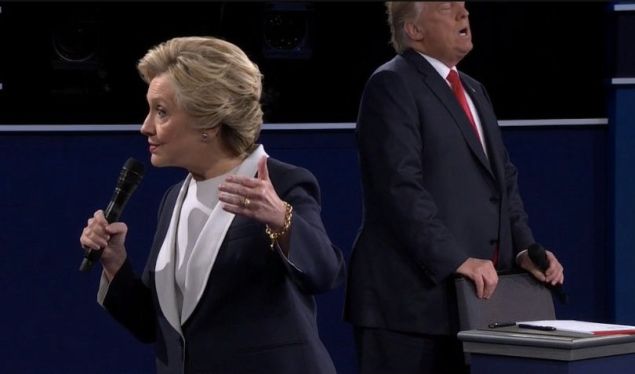 The image that launched a thousand photoshop edits. Reddit

In the edited version in the slides above, you see Ivanka Trump, Bill Clinton, John Travolta, some Subway sandwiches and, of course, his tiny hands.

He made Photoshop great again.