Did you know that the wheelchair-bound FDR wrote letters back to all the kids with polio who wrote him? He did. God, he was a good president and just, you know, a good person generally speaking. Learn more about him at the “See How They Ran!” exhibit at Roosevelt House sponsored by the New York Historical Society. You’ll be able check out some rarely seen buttons and posters as you gear up to vote for a less unifying president on November 8. Roosevelt House Public Policy Institute at Hunter College, 47-49 East 65th Street, 10 a.m. to 4 p.m., $10 suggested donation

Autumn in New York really is lovely when we’re not having a hurricane. Keep your fingers crossed that the weather holds out for the spectacular Autumn in Central Park gala hosted by the Central Park Conservancy. The highly anticipated event will be chaired by Betsy Smith & Rick Cotton, Gillian & Sylvester Miniter, Yesim & Dusty Philip, and Kristen & Michael Swenson and will allow for dancing under the stars in their transparent tent. Central Park Conservancy, Enter at 72nd Street and Fifth Avenue, 7 p.m., $1,000

To kick of Chile Week in New York City, Adam Aleksander is hosting Fonda Chilena. For the event, Lord and Taylor’s rooftop will be transformed into “a Chilean paradise” where 300 guests will learn how to make empanadas, contribute to public art murals and mix traditional Pisco cocktails. The event benefits the Lonely Whale Foundation. Lord & Taylor, 424 Fifth Avenue, 11th Floor, 8 p.m., $75

Did anyone else grow up on the Zagat guide? It was, and still is, superior to every guy on Yelp—and yes, if you are a guy on Yelp, I am referring to you—in terms of figuring out which restaurants to go to. Today, I’m sure they’d recommend checking out the Tiny Food Café pop-up that they’re opening in NYC. The café—which will be open from the 27th to the 29th—will allow “culinary wizards to craft tiny-yet-perfect versions of signature dishes from the hottest restaurants.” Expect to sample mini bites from great places like Los Tacos, Emily and Jacques Torres. You can also check out the action on #TinyCafe, Zagat’s periscope channel, or their new iPhone app (look at them, getting all 21st century). Some guy on Yelp is going to hate it. Tiny Food Café, Astor Place, 11 a.m. to 7 p.m., Open to public

You’ve probably been to some sort of gastropub dine-in movies (we all love Nitehawk). Perhaps you’ve even been to a drive-in. But we bet you’ve never been to a Sleep-in Cinema event before now. The Standard Hotel is partnering with Casper mattresses to host a screening of scary movies that you can watch while cozying up to your partner on one of the beds brought into their screening room for that purpose. They’ll be showing Hocus Pocus at 11 a.m., Beetlejuice at 4 p.m. and The Shining at 9 p.m. The purchase comes with candy, , soda and a specialty snack all served on a breakfast-in-bed tray. Which means you can eat in bed without worrying about getting crumbs in the sheets. The Standard, 848 Washington Street, All Day, $70 for 2 person full bed, $110 for four person King Bed

O.K., the Plaza might not be one of those “haunted hotels,” but it is a great haunt to party in. The Harlem School of the Arts is hosting a Masquerade Ball there tonight where they’ll be honoring actor Sanaa Lathan, producer and director Stan Lathan, singer-songwriter Michael Feinstein and Morgan Stanley’s Sandra L. Richards. And don’t worry I’m sure they have those little Halloween candies. The Plaza Hotel, 768 Fifth Avenue, 6 p.m., $1,500

The Pavilion Movie Theater in Prospect Park is closing after 20 years! I blame Netflix. But at least, it’s going out in style with a Pour One Out for the Pavilion party. There will be drinks, free popcorn and live music provided by the Street Beat Brass Band. The Pavilion Theater, 188 Prospect Park West, 6-8 p.m., free

Do you want to win at feminism? Then stop smiling like that. You’re smiling wrong. No, don’t smile like that, either—that’s also wrong. The women of the satirical website Reductress will teach you how to do it right with their new book How to Win at Feminism: The Definitive Guide to Having It All—And Then Some! Join them tonight for their reading and let them put a genuine smile on your face. The Strand Rare Books Room, 7-8 p.m., 828 Broadway, Third Floor, $22.99 for admission and signed copy 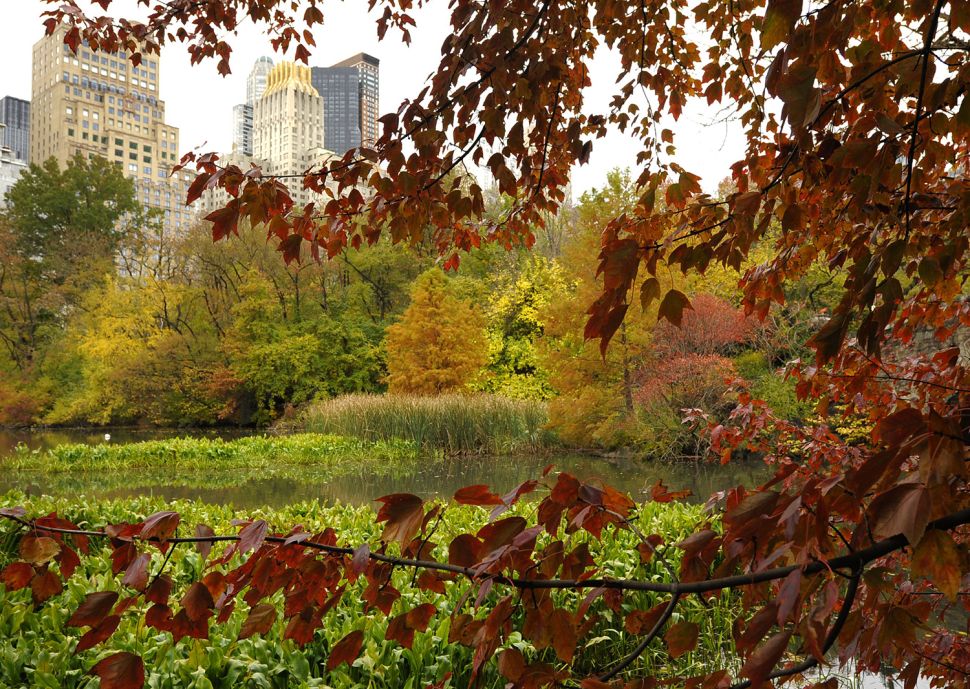