One of the best parts of reading Women’s Wear Daily isn’t reading so much as it is checking out the cool pictures. Tonight WWD is celebrating its first photography issue with a salute to its editorial imagery and video partnership with Shutterstock. The party promises to take attendees on “a visual journey through the best images culled from the publication’s massive archive.” Shutterstock offices at 350 Fifth Avenue, 6:30 p.m., invite only

If the party yesterday only whetted your appetite for photography, you should stop by the Center for Photography in Woodstock’s 2016 auction tonight. Nathan Lyons and Bill Mindlin will be honored, and guests will be able to bid on the 60 photographs. Affirmation Arts, 523 West 37th Street, 6:45 p.m., $125

What’s a pirate’s favorite letter? Did you say “aaaaarrr”? Incorrect, for his heart belongs to the sea. Get it? O.K., fine, whatever, maybe you’ll enjoy the Taste of Seaport. Forty different vendors will be participating including Mark Joseph Steakhouse, Barbalu and Toloache Taqueria. And you’ll want to bring your kids, because there will be a multitude of child-friendly activities like cardboard ship building and entertainment from The Besnard Lakes and Control the Sound. Proceeds from the event go toward helping the PS 343 Peck Slip School and PS 397 Spruce Street School. And the food will almost certainly be better than my pirate joke. Front Street between Fulton Street and Peck Slip, 11 a.m. to 3 p.m., $35

Today is a beautiful day to walk to end Alzheimer’s. Do it for the 5.4 million Americans currently afflicted with Alzheimer’s, or for the many million more helping to take care of them. Do it specifically for the 265,000 New Yorkers who have Alzheimer’s. Or just do it because it’s a nice day to take a walk. Proceeds from the fundraiser go toward CaringKind, an organization providing free programs and services for the individuals, families and caregivers affected by a dementia diagnosis. Emceeing this year’s walk is WABC-TV’s Bill Ritter, and David Hyde Pierce will also be there to show his support. Those who register in advance will receive a care package. Riverside Park, West 97th Street and Riverside Drive, 9 a.m. check-in, walk begins at 10:30 a.m., free

Spa Week kicks off! You’ll be able to sample luxurious treatments from some of New York’s finest spas for $50. This might be the time to try cupping if you’ve always been curious about it, but if that sounds terrifying, you might prefer the 50 Minute De-Stress Body Treatment from Red Door or the 45 Minute Non-Surgical Lift Facial from Daphne or the hydro microdermabrasion treatment at White Tea. Various locations, various times, $50

The Skin Cancer Foundation will be hosting its Champions for Change gala tonight honoring Dr. Perry Robbins and his wife Dr. Marcia Robbins-Wilf. Olay will be presenting the glamorous champagne reception and hopefully giving out some tips on how you can get your skin to glow without tanning. Mandarin Oriental, 80 Columbus Circle, 6:30 p.m., $500 for foundation members, $550 for everyone else

Celebrate the Day of the Dead by living it up to the fullest at Disco de los Muertos at El Museo del Barrio. The event is inspired by the work of the fashion illustrator Antonio Lopez and the museum’s current exhibition “ANTONIO LOPEZ: Future Funk Fashion.” The party will feature 2,500 balloons (Bill Clinton would be so excited) culinary treats by Tacoma, ’70s outfits galore and a glam bar by MAC. It promises to be one of the livelier galas of the year and will have you tapping your platforms to “stayin’ alive.” Dune Studios, 55 Street, 8:30-11:30 p.m., $95 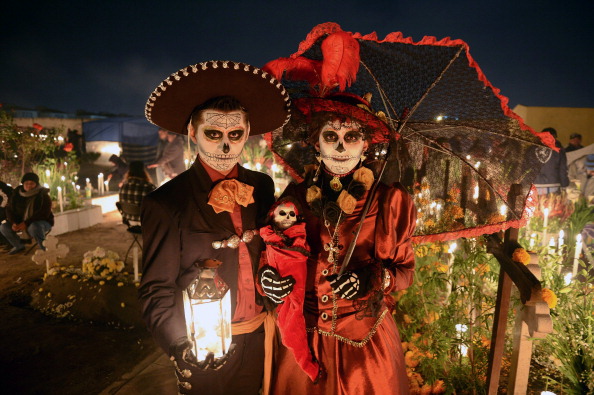