The media’s response to WikiLeaks’ releases of Clinton campaign Chair John Podesta’s emails have been symptomatic of their partisan favoritism toward Hillary Clinton.

Since the first batch of Podesta’s emails were released, the Democratic National Committee (DNC), Clinton campaign, and pro-Clinton journalists in the mainstream media have made a collective effort to muddy the waters around the WikiLeaks revelations.

In August 2016, Politico first reported that top Democrats held a press conference call to discuss alleging future WikiLeaks releases would include fabricated content as a method of damage control. Such tactics have been vaguely employed by Clinton enthusiasts, though not a single email’s authenticity has actually been refuted. Clinton’s running mate, Sen. Tim Kaine, told CBS News on October 16 that “you can’t assume that they’re all accurate.” Kaine then cited an email that referred to him. “It was completely inaccurate. And I don’t know whether it was inaccurate because the sender didn’t know what he or she was talking about it or it had been doctored.” Kaine says there might be some fabricated content in the emails, but the only evidence he has of this is that he isn’t aware of the context for which someone jokingly mentioned his name.

Several members of the mainstream media are directly implicated in the Podesta emails—including journalists from Politico, The New York Times, Business Insider, Boston Globe, and The Associated Press—and were revealed to favor Clinton by allowing the campaign to proofread or edit their work and plant articles that support the Clinton campaign’s political agenda. This type of journalism wanders into the realm of propaganda and stays there.

CNN’s Chris Cuomo recently retracted a false statement he made on air, in which he told viewers that only the press could legally read the emails released on the WikiLeaks website. On a segment debating when and if Clinton was going to announce her presidential campaign in 2015, Cuomo said “she is doing what they call in politics ‘freezing pockets.’ Because the donors are giving her money thinking she’s going to run, that means they are not going to have available money for other candidates if she doesn’t—and I don’t think she’s going to give it to them. We’ll see. We couldn’t help any more than we have. She’s got just a free ride from the media, we’re the biggest ones promoting her campaign.” This campaign promotion for Clinton continued throughout the primaries and into the general election, with the convenient excuse of Donald Trump being a frightening alternative.

Politico’s Anne Karni managed to distort coverage of WikiLeaks into an endearing profile of Clinton aide Huma Abedin. “It’s her years of experience doing just that that has helped the Clinton machine run smoothly—and helped the Democratic nominee get out of situations that she doesn’t want to confront,” Karni wrote. She also softened the coverage for Clinton by claiming the emails were “stolen” and that their authenticity has not been confirmed or denied.

MSNBC’s Joy Reid has continued tweeting fabricated knock-offs of WikiLeaks documents made by pro-Clinton Internet trolls.  Reid has yet to tweet anything actually published on WikiLeaks’ website, in order to perpetuate the false narrative that the WikiLeaks emails are not true.

Besides suggesting Russian conspiracy theories to distract from the content of the emails, Clinton supporters have amended their arguments by claiming the content is benign, that many of these revelations are how politics operate or they’re not surprising because they simply reaffirm widely held suspicions about Clinton.

Yet the perpetrators of these same arguments spent the entirety of the Democratic primaries denying the veracity of claims from Bernie Sanders supporters that the thing was rigged for Clinton. Saying the content of the WikiLeaks emails demonstrates normal, dull politics is an attempt to normalize the corruption, manipulation and deceitfulness revealed as a standard procedure within the campaign.

Repeatedly using victims as political props, pandering to voter demographics not out of genuine concern for the issues they care about, but solely as an attempt to manufacture their support, bullying media outlets for more favorable coverage, dangling press access in exchange for serving the Clinton agenda, and the overt differences between Clinton’s private and public policy stances are some of the notable violations of ethics revealed in Podesta’s emails. Yet, the same mainstream media outlets that enabled Clinton’s coronation in the Democratic primaries are the same ones now currently shielding Clinton with impunity.

In the likely event that Clinton is elected president, these same media outlets will prop up the policies and efforts of another Clinton Administration, in an attempt to manufacture consent for legislation that benefits the increasingly-pervasive oligarchy the government has become, while working and middle class Americans remain underrepresented and left behind. The disproportionate bias for Clinton and her brand of politics throughout the mainstream media, as exemplified in coverage of WikiLeaks, are an impediment to democracy rather than serving to promote and expand it. 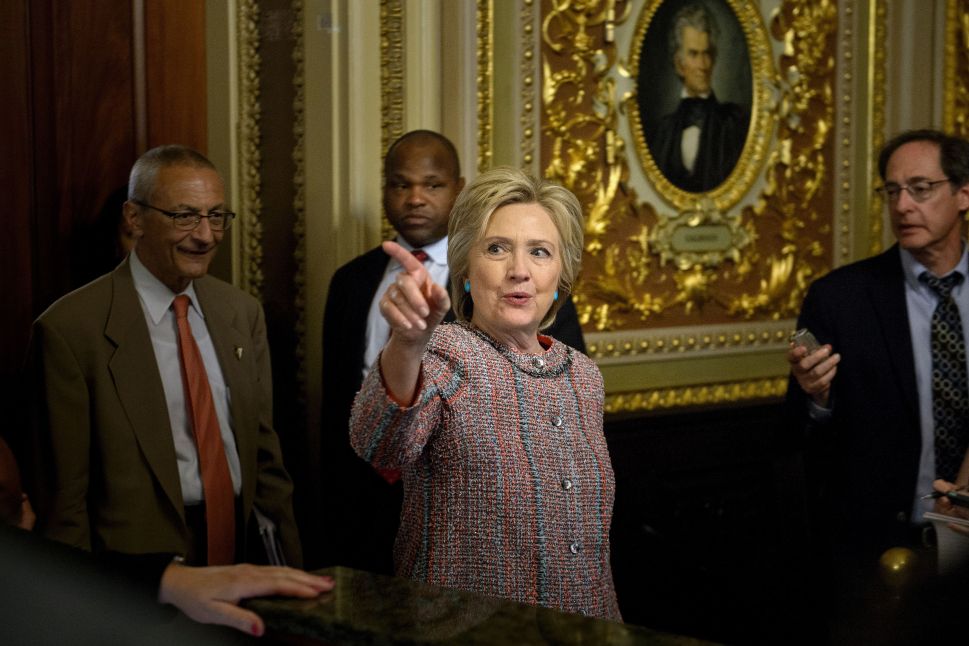