The economy is almost always a top issue in politics for the simple reason that our everyday lives are fully embedded in and dependent upon it.

After a financial crisis without much recovery, the economy is on everyone’s mind. Presidential candidates Donald Trump and Hillary Clinton have traded barbs over myriad trade agreements — notably sparring over the Trans-Pacific Partnership — during the run-up to the November election, and 61 percent of adults say the election’s outcome is the U.S. economy’s biggest threat over the course of the next six months.

Unless we’re in the sort of delirium that swept through the country during the 1980s, there are always aspects of the economy that can improve. A regulated economy naturally has some level of rising unemployment, but barriers to entering the job market — the result of regulations such as minimum wage laws — mean unemployment effectively creates a class system of insiders who have jobs and outsiders who struggle to find work.

Unemployment ties into other issues, and people tend to blame people unlike themselves when problems arise. This is likely the source of much of the support for Trump’s proposed wall between the U.S. and Mexico as well as his promise to deport “illegal aliens” — largely Mexicans earning a living in the U.S. without government approval.

While every politician has a strong opinion on trade deals and whether “free trade” is beneficial for society, many of the more prevalent voices seem to be misinformed about how trade actually works. If they knew the reality of free trade — any voluntary exchange must benefit both sides — they might understand that deals such as the Trans-Pacific Partnership are not necessarily the problem. Their own economic ignorance is what must be addressed.

It has become fashionable to blame “trade” for the loss of jobs — especially because the closure of businesses and manufacturing facilities are visible events that show how people are hurt by losing their jobs. Communities suffer from the loss of businesses and plants upon which they rely.

Most arguments against trade are primarily emotional reactions to these events. Many think it’s cheaper to produce goods elsewhere because businesses in poor countries have worse working conditions. They might believe work is outsourced to China or Bangladesh because salaries are lower and those countries don’t have laws requiring certain safety measures or levels of comfort.

This is a fallacy.

The actual productivity of employees matters much more than labor hours. An American worker earns more money on average because they are more productive — not because the government has required a higher minimum wage. Workers in developing countries earn less because they are not as productive, don’t have access to the necessary tools, and lack education. The reality is one hour of labor from an employee is not equal to that same hour of labor from another worker.

Think for a moment about your first few days of working in your current job. You probably had a lot of questions and required significant training from your colleagues. In short, your labor hours were probably not very productive. After a few weeks of building your skills, understanding, and experience, each of your labor hours likely was immensely more productive.

We tend to take a bit of a Marxist view of the market system: Workers undermine one another, and trade barriers prevent workers abroad from undercutting us and consequently eliminating jobs in the U.S. In reality, the expense of a worker is unimportant to business owners as long as that worker produces a high value. A CEO would gladly pay outrageously high salaries to workers who are productive enough to create a correspondingly high value.

American businesses do not shut down because our workers are paid a higher wage. The issue is that our productivity is not quite as high as our wages. Free trade does not inherently mean jobs will go abroad. The only solution is to remain competitive in the global marketplace.

For the most part, we don’t see trade for what it is. Many Americans want politicians to restrict free trade because we incorrectly assume transactions have clear winners and losers, with value somehow transferred from one party to the other and not the other way around.

The truth is a far cry from this perception. Any voluntary exchange has two winning parties. Unless there is deception or fraud, nobody would go through with a transaction that does not benefit them in some way.

Meanwhile, politicians benefit by fueling our societal ignorance. As long as people are skeptical of trade, we require politicians to step in and “save us.” Policymakers ultimately restrict people from entering transactions that are mutually beneficial by enacting laws and using the power of the state to reinforce limitations.

This becomes problematic because politicians are able to pick winners and losers when they craft trade deals. The winners are the businesses that are allowed to trade, while the losers are denied a place at the table. This enables politicians to hand out favors to certain businesses while punishing others. As a result, they can — either explicitly or implicitly — require favors of their own: campaign contributions, fancy fallback jobs after their political careers, and motivation for business leaders to move into their districts to benefit from trade deals.

As a result, we have unfortunately missed out on a significant number of voluntary exchanges that would have taken place had they not been restricted by trade deals. These exchanges would have created value and helped increase our standard of living. Instead, we have nothing.

The benefits remain unrealized because politicians see more value for themselves in restricting who profits from trade deals. In effect, the deals replace a plus-sum game (the free market) with a zero-sum game (the political “market”). Until people realize free trade is not the enemy, lawmakers will continue to reap the political harvest from the seeds of doubt they plant in voters’ minds. 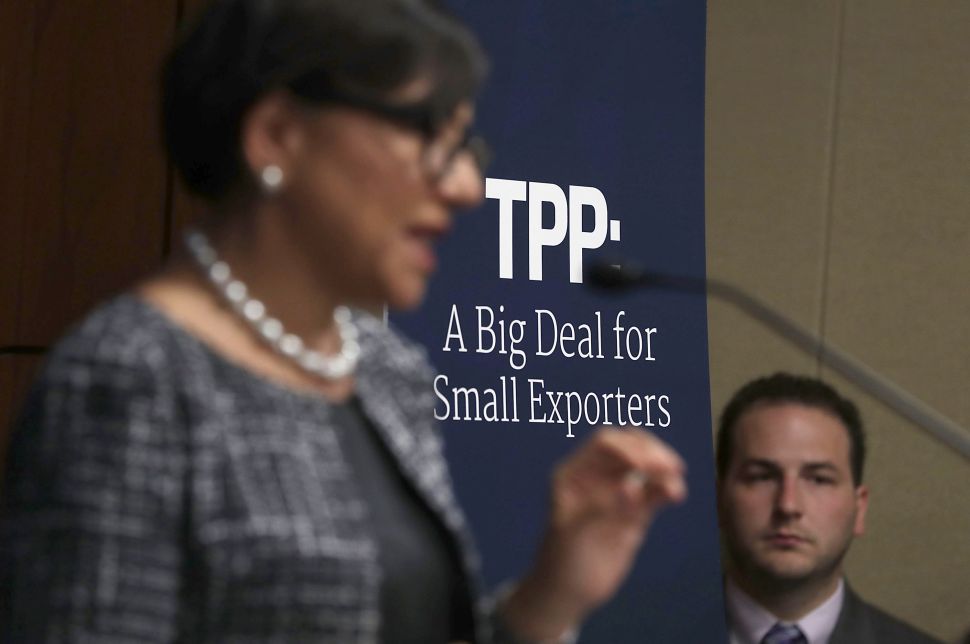