Transgender rights have become a hot topic in recent years, thanks to celebrities like Caitlyn Jenner and legal fights over bathroom access. But how has this increased visibility affected trans people in general?

One woman who recently medically transitioned shed some light on these topics during a Reddit AMA (Ask Me Anything) last night (she was still answering questions as of this morning). The 24-year-old, whose Reddit handle is imfinethough, didn’t give her name, but linked to an album on Imgur that detailed her transition process. She also revealed that she considers herself bisexual, and that she used pills and shots to make the change rather than surgery.

The AMA wasn’t entirely serious, though—she also answered lighthearted questions about everything from her genitalia to what she does in her spare time. Here are some of the highlights:

The moment she knew that her sex and gender didn’t match: “I remember being in 3rd grade in Catholic school and someone asked the teacher what people look like in heaven, and our teacher gave us the answer that was something along the lines of ‘you can look however you like in heaven, at any age’ (we were in 3rd grade, she was not going to make it complex for us hah), and innocently I got so excited to die because at 8-9 years old, that was the only way I knew it was possible for me to become a girl. I wasn’t contemplating suicide or anything, just like ‘wow let’s get life over with, I wanna get to heaven!'”

What she wishes the general public knew about her: “I guess I’d want them to know that I’m a person just like any other…I spend my days dreading the commute to work, I go out to the bar with my friends, I sit at home and watch football on my Sundays off, I have hobbies and hopes and dreams…being trans is such a small part of what makes me ‘me.’ It’s just a part of my medical history at this point and isn’t relevant in my everyday life, for the most part. No one treats me any differently at home, work or anywhere I might go.”

Her thoughts on the transgender bathroom debate: “Where do you think trans people have been taking a piss up until now? It’s not like we’d retreat to the sewers and pop a squat next to the mole people or something lmao, it’s not a huge deal…I go in and do my business, touch up my hair and face a bit and leave. If someone is going to come into a bathroom and touch people or take videos, no law is going to prevent them from doing that. I don’t understand why it’s such a big deal now all of a sudden, and why people are focusing more on kids being touched in women’s bathrooms but not in the Catholic Church.”

Her stance on gender pronouns: “I realize that this next comment will probably get me some shit from the trans community, and I have the presence of mind to recognize my own shortcomings as things I can and should work on, but I don’t really get neutral pronouns. I mean, in theory I understand why they would want them to be used, and I don’t mind using them for those interactions, but I generally don’t want to be friends with those kinds of people, I dunno…it just seems like too much effort and more of an inconvenience and I’ll probably forget to use the neutral pronouns all of the time and offend them when I don’t mean to. At least with male and female pronouns, I can just call people by what I see, which I do out of habit anyway, that’s what everyone does. Everyone refers to me as she because that’s how I appear to them, it’s very easy.”

Why she still has a penis: “It’s just…a part of me. It’s not his fault that he’s attached to me, he’s done his best to give me functioning genitals up until this point. So I owe him a thanks for that, but I still want a vagina at some point.”

Her favorite football team: “The Houston Texans. Just like my parents, I’m used to disappointment.” 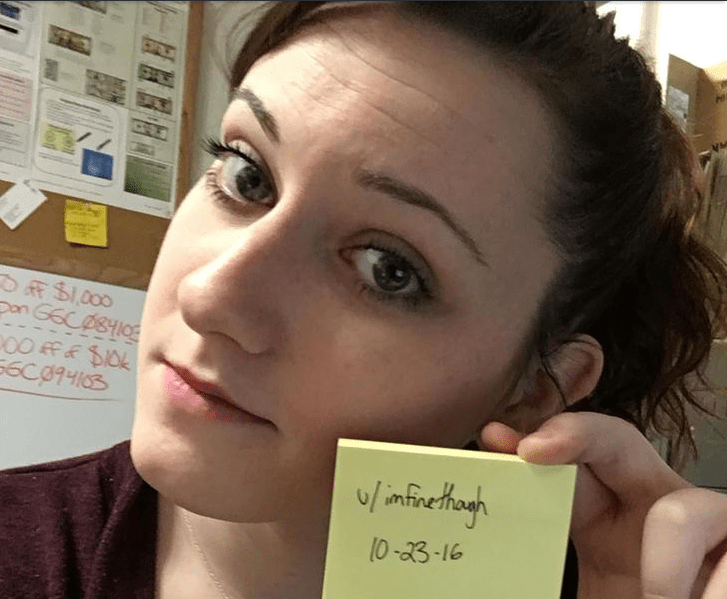