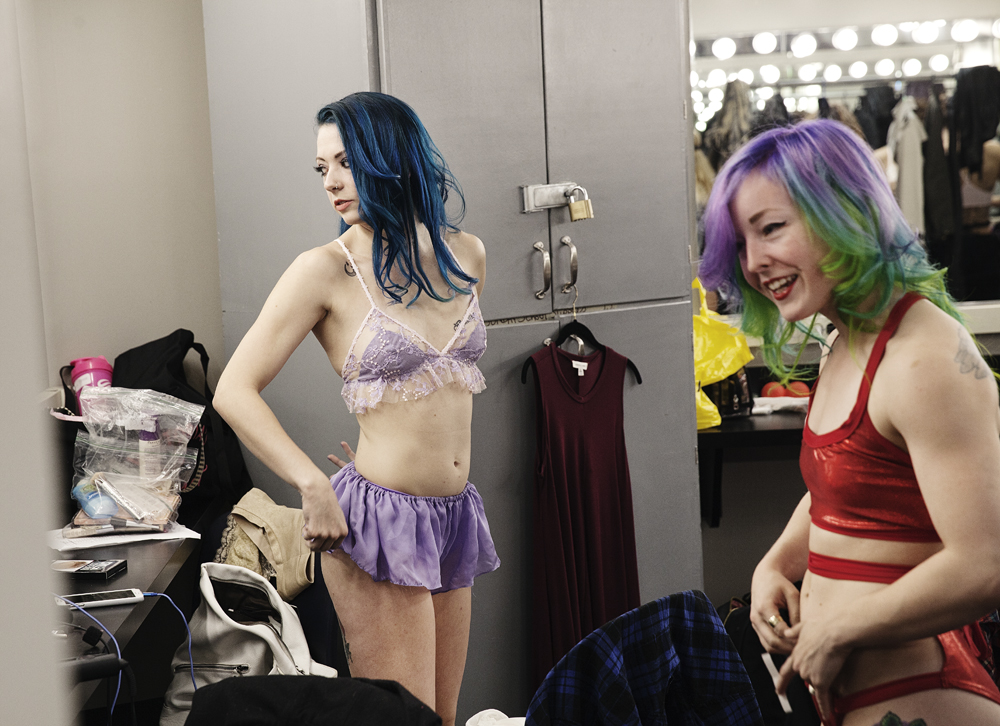 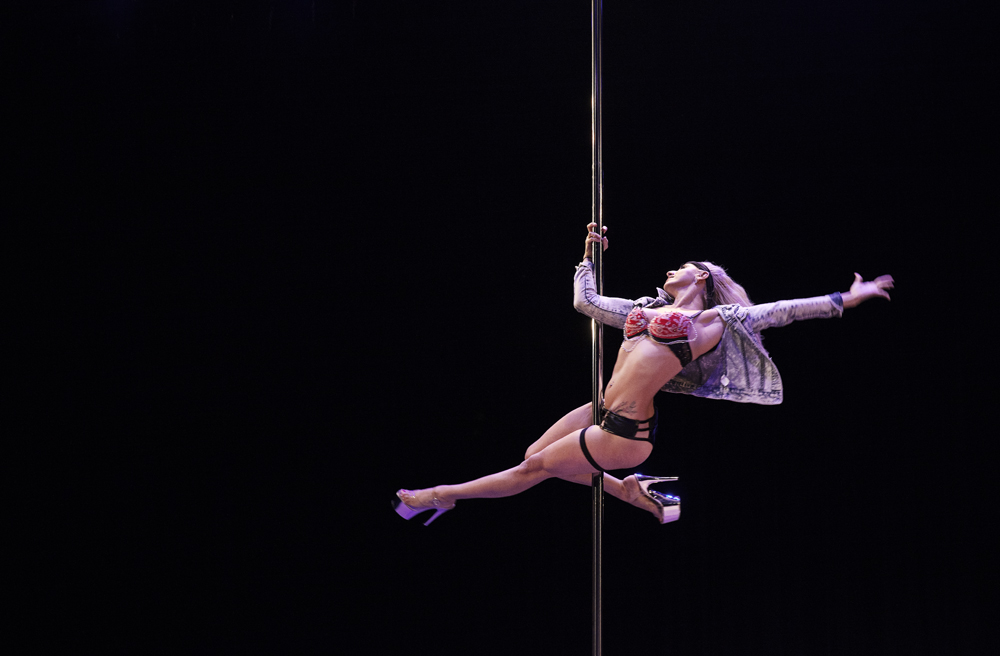 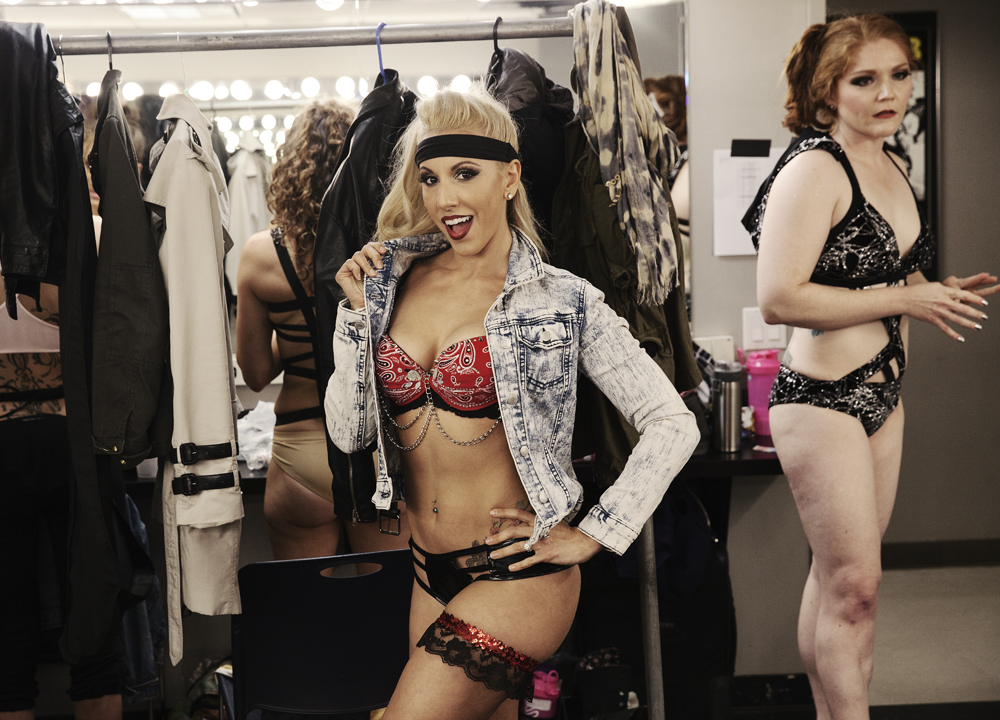 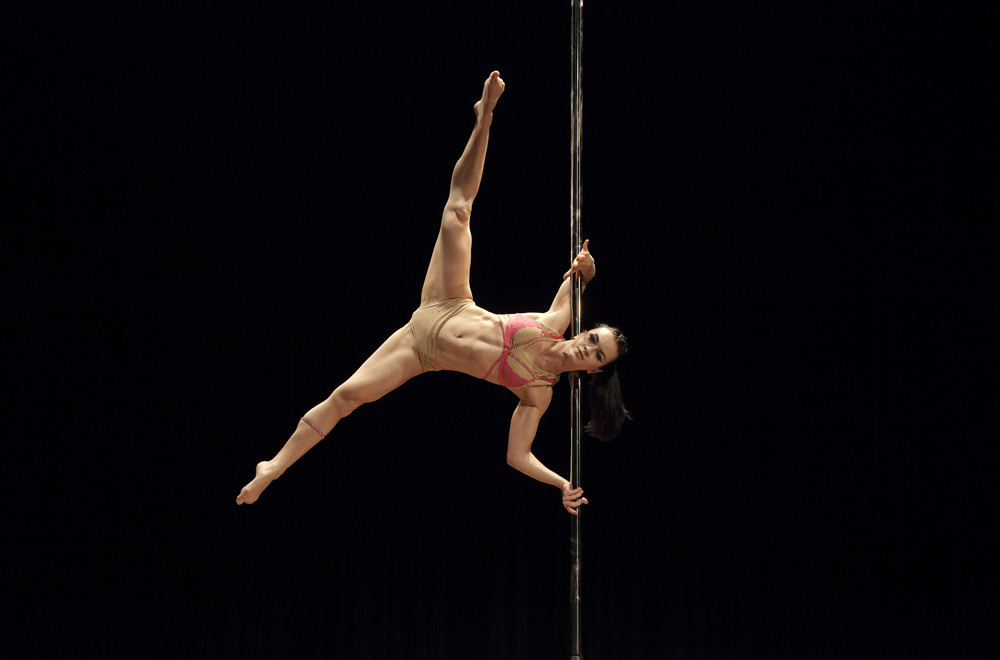 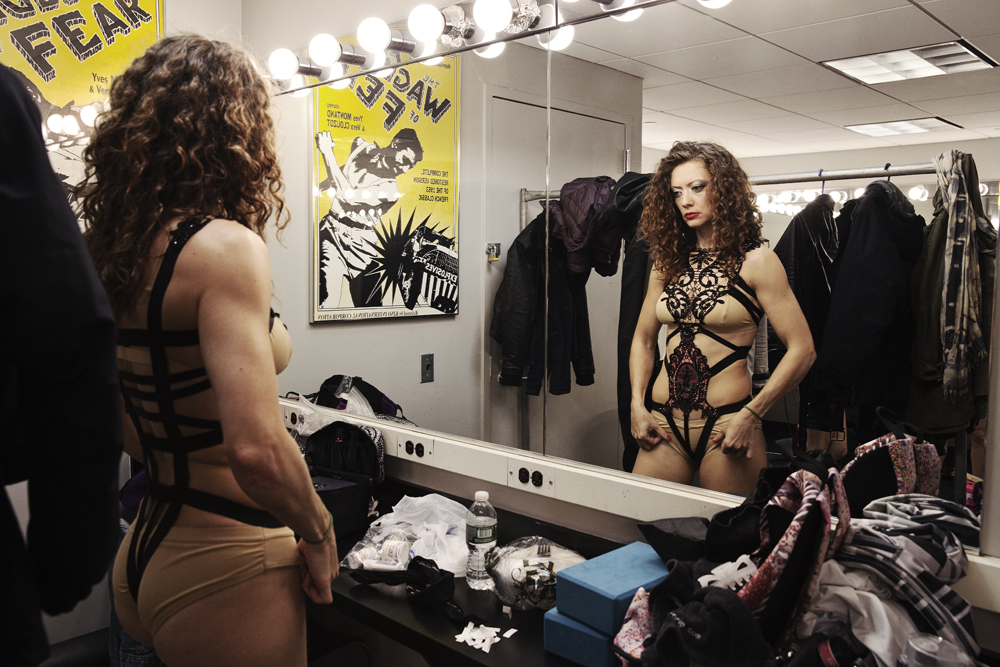 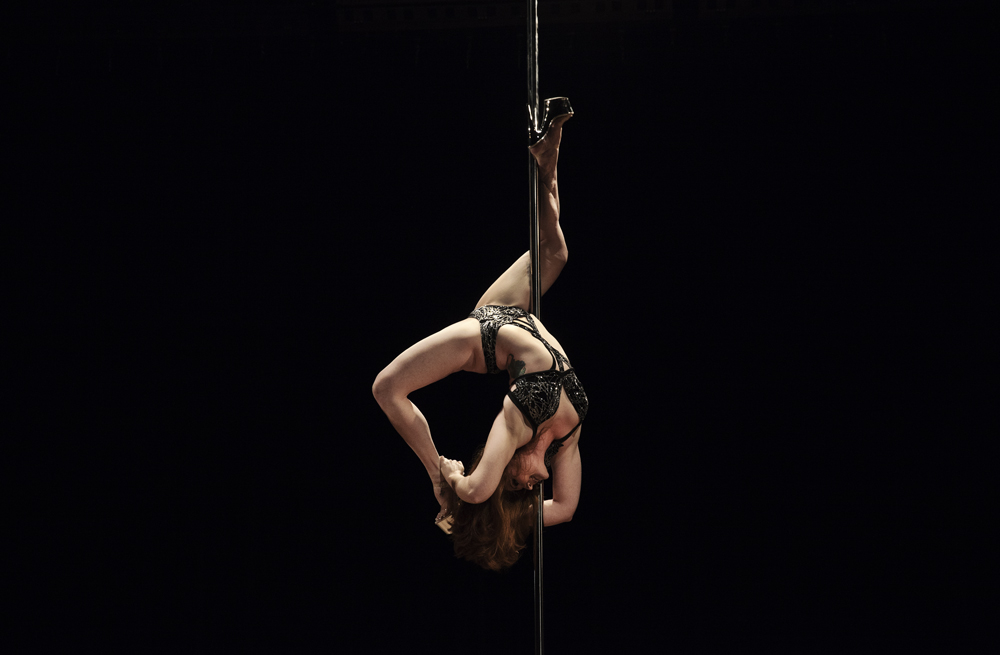 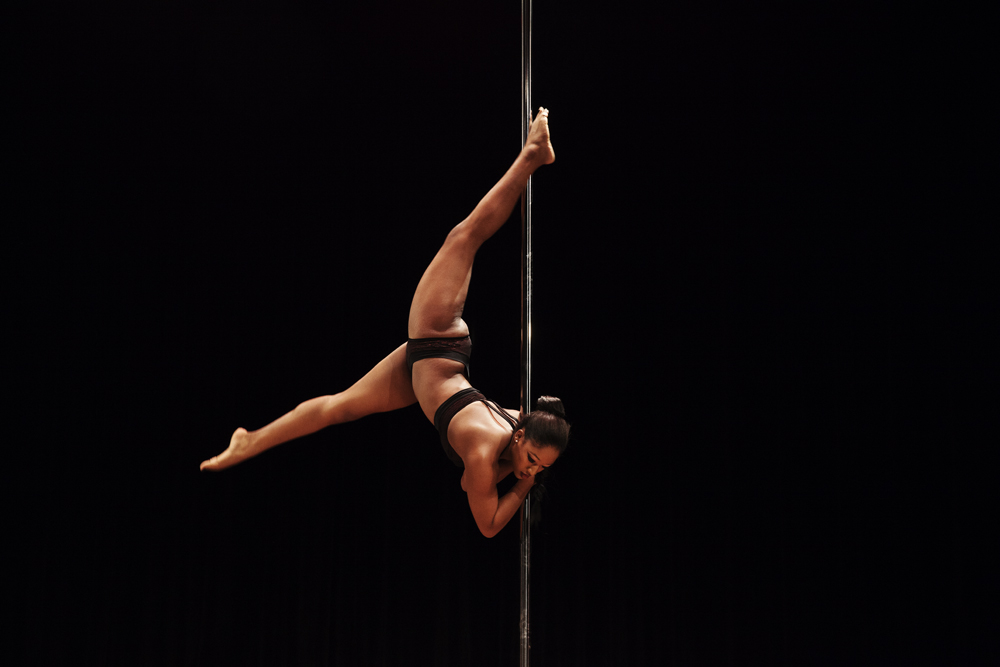 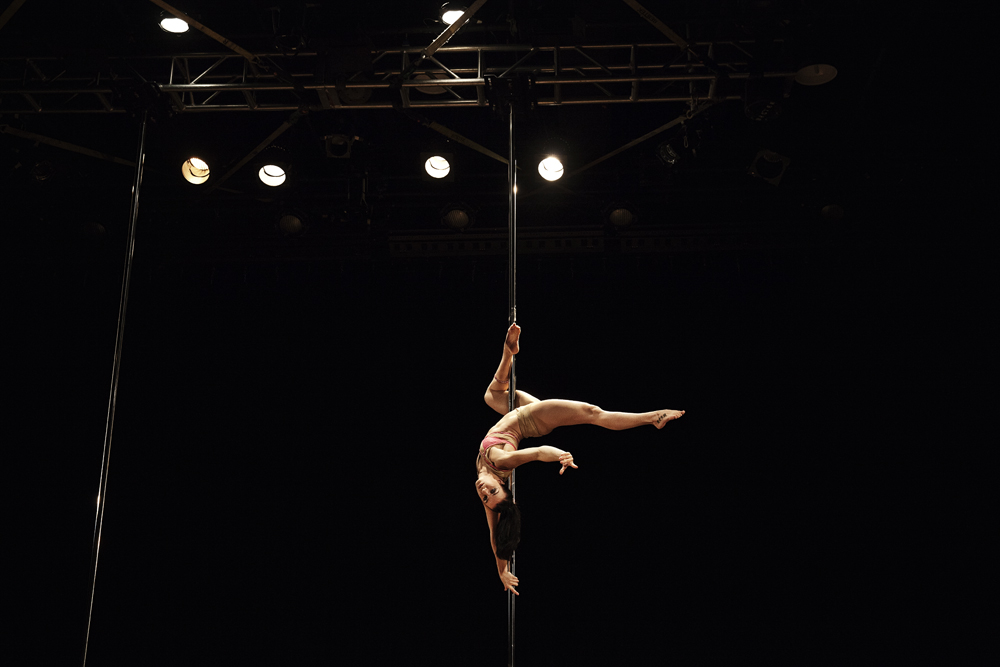 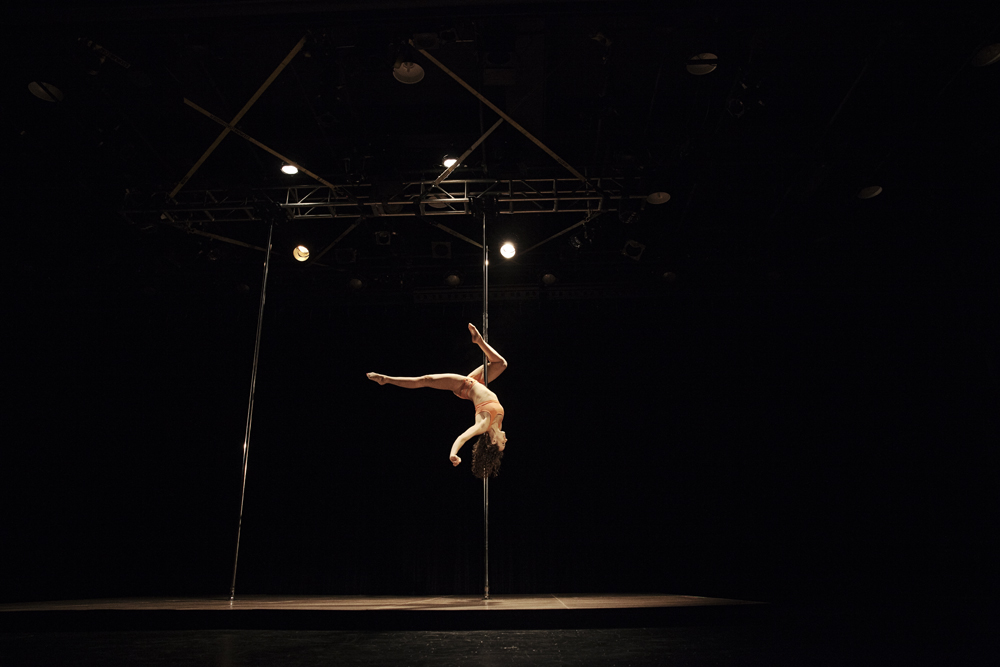 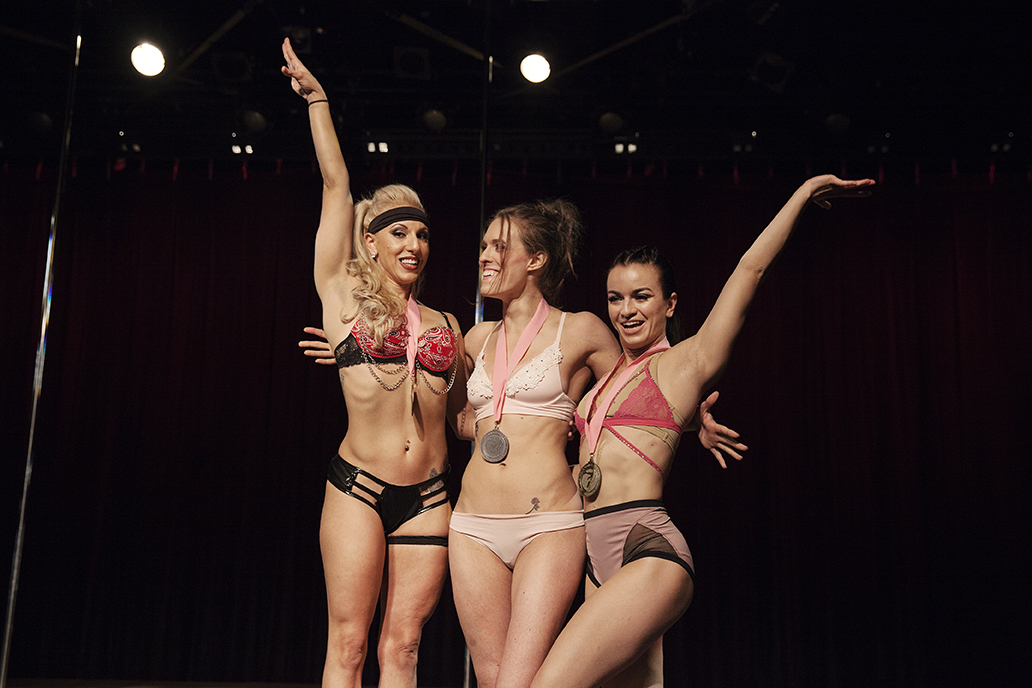 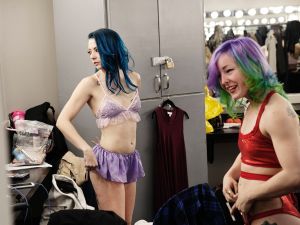 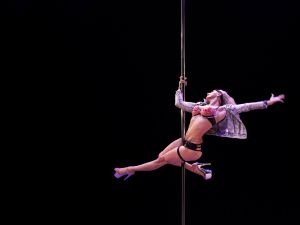 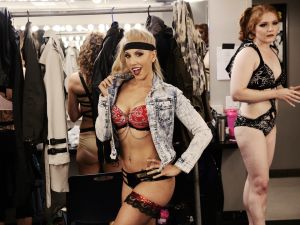 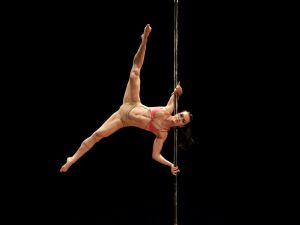 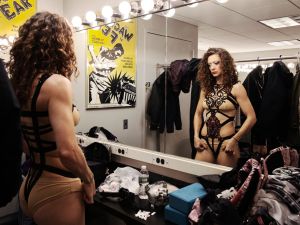 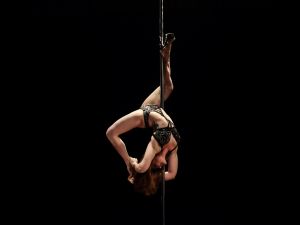 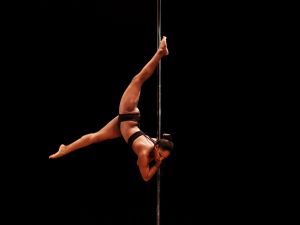 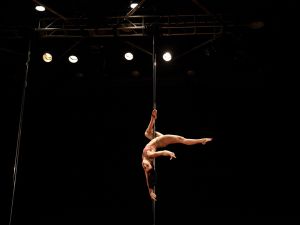 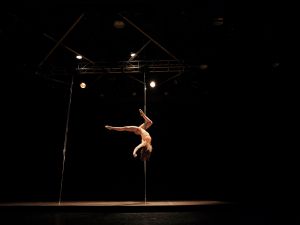 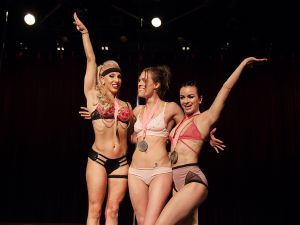 A pole dancing competition is not an obvious place for a discussion of high art vs. vernacular forms. And at the fifth annual U.S. Pole Dancing Federation Pro Qualifier that took place last Saturday at Symphony Space, the performances obeyed some conventions of a decidedly less than lofty setting: a strip club. But if you ask what the difference is between pole dancing—an increasingly popular fitness regime and now a competitive sport—and exotic dancing, the answer comes quickly: The clothes stay on.

Pablo Ismael, whose girlfriend competed earlier in the day, was ready when I brought up the question. He was standing with a woman named Ashleigh, who dances but wasn’t competing and was instead selling handmade-in-Slovenia pole wear by Mila Krasna (a sponsor of the event) that, at a touch, seems perfect for minimizing pole friction. Or at least more pragmatic than some yoga pants, which, let’s be honest, are mostly an ass-shape-crafting affair at this point.

“There’s a lot of crotch going on [during pole dancing] so, you know, you don’t want crotch exposed,” Ashleigh said. “A hard metal item on your delicate skin is no joke.”

So why add flat-ironed hair and nude hot pants, if pole dancing is, depending on whom you ask, a great way to develop core muscles or an art form?

“Well, sexiness…ups your [pole] game,” Ashleigh said. She likes to incorporate it in her routines, she said, while others might focus on aspects of classical ballet or hip-hop.

Saturday’s competitors exposed no crotch, and their feats—Simone Biles would envy some of their extensions—were virtuosic, as they hovered two inches over the ground while spinning, held in place only by untold thigh muscle in gorgeous tandem with the core of a CrossFit fanatic.

A compact, elegant woman named Svetlana could probably have gracefully bench-pressed twice her weight (she eventually took first place). With a practical ponytail and the abs of Katie Ledecky, she seemed like a gymnast who’d found a new pursuit. Meanwhile, another competitor’s S&M-themed routine—set to popular hip-hop and R&B, as nearly all were—would probably have been edited out of a PG-13 film.

After each routine, two women in stripper heels and Krasna designs came out and cleaned both poles, followed by applause.

One competitor’s final pose, timed with the fade-out of yet another “empowering” song by a female vocalist, was a crouch with a hand placed over her heart—a moment of faux gravitas that belonged in a suburban high school talent competition.

But really, who is anyone to judge? Gymnasts wear sequins. Lyrical contemporary dance is a series of impressive moments connected by cheesy choreography—and pole dancing looks much harder. Eventually I turned off the conversations about feminism and enjoyed some sequined back walkovers. They also served wine.