Among the multisyllabic foreign expressions that the intellectual opera fan loves to throw around, a particular favorite is Gesamtkunstwerk. Coined by Richard Wagner, the term is not, as you might think, in reaction to a particularly violent sneezing fit but a key concept in the essay “Art and Revolution,” in which the composer expounded on the relationship between opera and society.

The literal meaning of Gesamtkunstwerk is “total art work,” or, as we would express it today, a theater piece that’s unified, with text, music, design, choreography and even casting closely coordinated. Form follows function, with the “function” understood as the communication of a dramatic thesis.

To see how this process works, let’s consider the current Broadway hit Hamilton as a Gesamtkunstwerk. The thesis or message of this musical might be stated as something like “diversity is a fundamental American value.” So every aspect of the show celebrates that diversity, from music—a gumbo of hip-hop, R&B, pop and power ballads—to casting “blind” as to gender and race. Thus the show itself is a microcosm of the melting pot that is America.

In the hurly-burly of the Metropolitan Opera, a true Gesamtkunstwerk can be difficult to achieve. (The message of Robert Lepage’s production of the Ring cycle seems to be that cosplay is no match for Murphy’s Law.) However, the new production of the composer’s Tristan und Isolde that launched the Met’s season last week was as unified and powerful as Wagner might have hoped.

Director Mariusz Trelin´ski seems to have taken an alternative and skeptical reading of the composer’s famous assertion about this opera: “Since I have never enjoyed in life the actual happiness of love, I want to erect another monument to this most beautiful of all dreams…” Generally stagings of this work focus on the “happiness of love” aspect, but Trelin´ski’s homes in on the “dreams,” the unrealistic fantasies that make true love impossible.

Stage pictures are deliberately grim, set in various small cabins of an ugly warship, in a munitions warehouse and finally in a black-tiled intensive care unit. Harsh white light picks out the singers, the men in severe military uniforms and the women in monochromatic separates. As the captive princess Isolde, soprano Nina Stemme wears a lank blond pageboy that looks like she bobbed it herself with a pair of dull sewing shears.

The finale of the opera, generally understood to depict the postmortem reunion of the lovers’ souls, here plays more disturbingly. Tristan (Stuart Skelton) lies dead, slumped on a bench in the corner of his hospital room, and Isolde launches her journey to the afterlife by slashing her wrists with a scalpel. Is her transfiguration merely the hallucination of a woman bleeding to death? And is the final tableau of the lovers seated together meant to suggest an eternity of bliss? Or simply a pair of corpses?

Complementing this ambiguity was the splendor and clarity of the Met orchestra under the pristine leadership of Sir Simon Rattle. The result was a performance that didn’t really end when the curtain came down—a week later it’s still replaying inside my head.

The other two productions of the Met’s opening week failed to rise to the “unified” level; at times what took the stage was neither “art” nor “work.” Michael Grandage’s staging of Don Giovanni, DOA when it premiered five seasons ago, served as a vehicle for the return to the Met of Simon Keenlyside after two years of various infirmities. In the title role, he blazed as much on the strength of his intense sexual magnetism as on his gritty baritone. He towered over the listless supporting cast like Daniel Day-Lewis guest-starring in a marionette show.

If the dramatic appeal of Wednesday’s revival of La Bohème consisted of nothing more than the desolate snowscape Franco Zeffirelli devised for Act 3, there was some lovely and expressive singing going on, chiefly from soprano Ailyn Pérez. Her soaring voice movingly scaled from prim to passionate, retaining its shimmer even in Mimì’s final dying words.

But this performance will be remembered, I think, as the night of bass-baritone Ryan Speedo Green’s breakthrough as a star. His full and distinctive voice made even the tiniest lines sound important, and his final act “Coat Aria” felt like the climax of the whole opera. I predict this artist, already mightily impressive, will soon be so essential he’ll be anchoring a Gesamtkunstwerk of his very own. 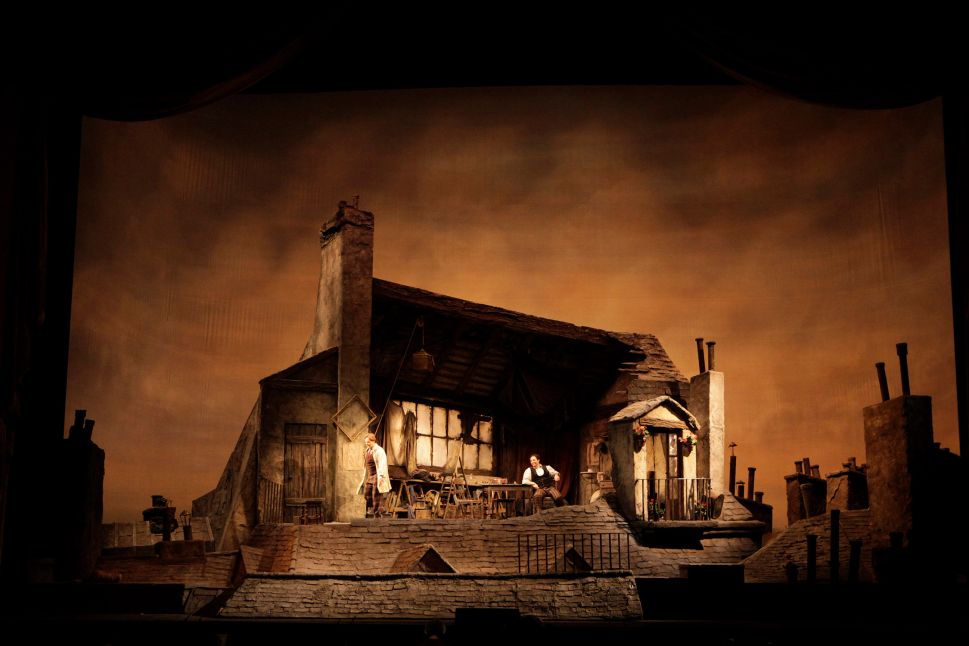