The word “troll” has rapidly lost its meaning to most plebs. In the same sense that racism can be defined as “that which a progressive dislikes,” so too has trolling been rewritten into “saying upsetting things on the internet.” Not every antagonist is a troll; Sometimes a jerk is just a jerk. The international beehive of trolling is 4chan, and 4chan mod Jay Irwin defines a troll as “A person who causes discord for their own amusement, especially due to another’s emotions or naiveté.” At its best, trolling turns a target into an unwitting and unwilling performer for the sake of a broader audience.

When Twitter troll AsianConservativeMan (“AConMan”) writes, “A border wall is unconservative, and it offends my Asian sensibilities. If there’s anything you won’t find in Asia, it’s a big wall,” he is playing on the misguided arrogance of the typical political loudmouth. There exist people who actually think they’re smart because they notice the “fallacy” within the quote. Citing the Great Wall of China isn’t evidence of AsianConservativeMan’s idiocy so much as public demonstration of one’s own. For similar reasons, the present author often writes “YOUR WELCOME”; the mildly intelligent only catch the “your” while the actually intelligent will additionally notice the needless quotes and capitalization, and deduce intentionality.

One of the best trolls on Twitter is Hillary PR Team, @OnMessageForHer. At a glance, it seems like an official account promoting America’s Mother-in-Law. But a quick read shows his use of leftist tropes taken to absurd though logical conclusions. “Were it not for Trump’s rhetoric,” he writes, “we would have never paid agitators to incite violence at his rallies. So in a way he’s still responsible.”

Were it not for Trump's rhetoric, we would have never paid agitators to incite violence at his rallies. So in a way he's still responsible.

In an age of political tribalism, giving the right cues is often enough to get taken at face value. We live in a time where political reporters openly and publicly sneer at the demiliteracy of Trump supporters. That there’s plenty of stupidity to go around in a democracy is concept lost on these anointed disseminators of fact, who have no agenda of their own at all (just ask them!).

The Hillary PR Team account does get taken at face value quite often by those on the left, despite their belief that being anti-Trump is proof positive of genius. As a result, the creator often gets unsolicited advice from Clinton supporters thinking they are reaching the campaign or even the candidate herself. The credulity needs to be seen to be believed:

On those pesky emails

“Might I suggest that Hillary make a policy statement about creating a new department of computer standards and security in the government that first ensures that all email servers and setups are standardized to avoid the confusion [!] and politicization of a private email server (which was probably more secure than the government’s computers) [Honey.].

Yes, it certainly would be a good idea if the government had standards of behavior for electronic communications. Perhaps they could even sit down new cabinet members, train them on these standards, and have them, say, sign some document showing that this information has been imparted to them.

“It would be quite a statement if you refuse to shake Donald’s hand at the opening of the debate tonight.”

On Selling the Candidate

“Create an ad of [a] woman stepping into [the] voting booth with trump[‘s] voice in her head and as she almost votes for Trump she shakes her head and marks Hillary.”

While hearing Trump’s voice in one’s head would be the most literal illustration of Trump Derangement Syndrome, but it is highly unlikely such types would be voting for him to begin with.

“Never, ever have I or any Democrat ever advocated for abortion[.]”

“Many people believe Hillary will repeal the 2nd amendment and take their guns! I have spoken to residents in Ohio and TX, that really believe this!”

On Being the First Female President

“Looking for her to Show her feminine/girlpower style in a Dress at next debate.”

And to the simple question of “What do you think we should say when people bring up the fact [sic] that Hillary used her political power to harass, intimidate and silence women that her husband raped?” one user had a very obvious response: “Absolutely nothing.” To be fair, some on the pro-Trump side take the bait as well: “These post [sic] you just made ARE a felony you dumbasses! They are outright lies! And they show your ignorance of security also! Tell Hillary to come after everyone the Lying asshole!”

If a Hillary victory were to come to fruition, it would seem like 2005 all over again. George W. Bush claimed that he earned political capital and intended to spend it. Instead he immediately and swiftly became even more of a laughing stock and a pariah. A President Hillary Clinton would be the most trollable president in decades, if only because one needs to have complete earnestness to buy into her constant lies (needed and unneeded), equivocations and double talk. 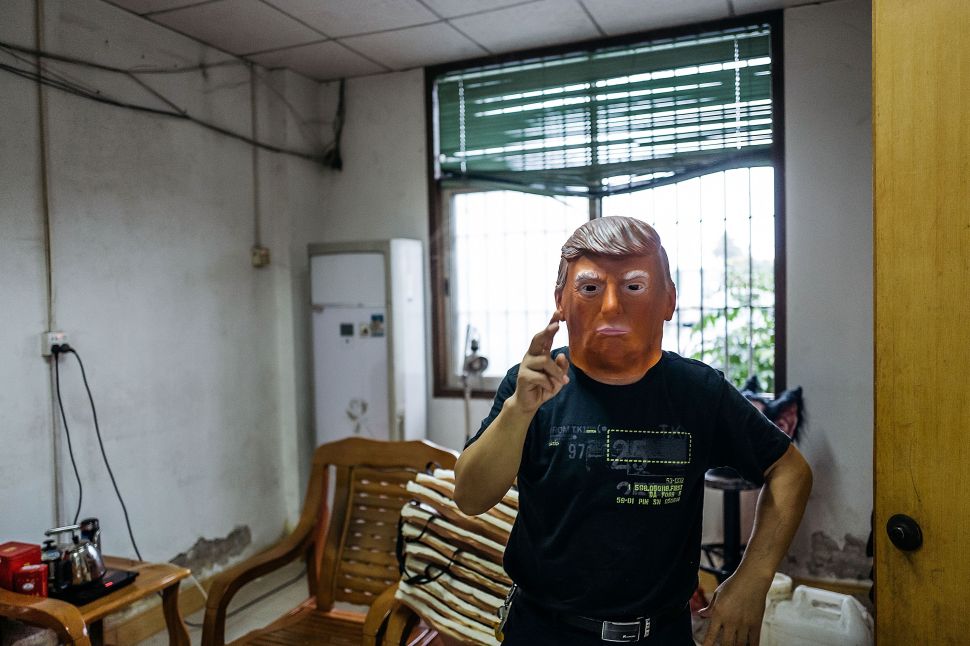