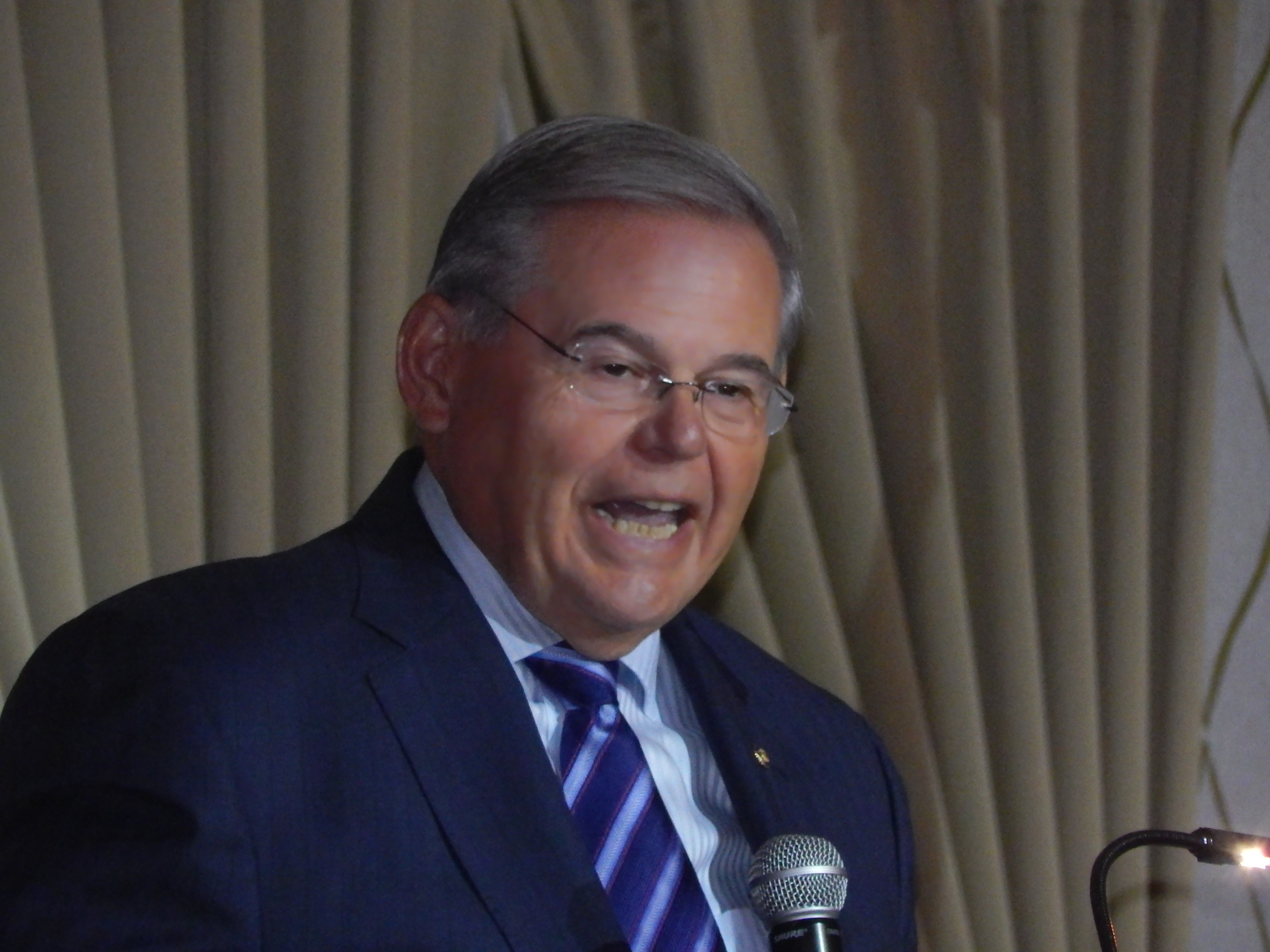 SOMERSET – Bob Menendez gave the speech of a lifetime Monday night, a laser beam that he knocked out of the ballpark in a forgotten banquet hall, which should have been delivered at the Democratic National Convention in Philadelphia but for an indictment around his neck like an electronic dog collar set for stun every time he opens his mouth.

Back-burnered to the shadows as his corruption case drags on, now with a superseding indictment shoveled on top of what he’s already got, Menendez mounted a stage decked with handfuls of red, white and blue balloons tethered to a podium. New Jersey’s senior senator started into his prepared remarks, and as he did so ensued the clatter of steak and asparagus sawing silverware and Somerset County Democratic Committee gossip.

The junior senator is usually the star attraction in these parts.

U.S. Senator Cory Booker has tried to carve out a political failsafe position in this leafy, reliably Republican Central Jersey suburban clime, but Booker is now on national-stage battleground state duty for Hillary Clinton with less than a month before election day, leaving an albatross-encumbered Menendez to come off the bench behind former reality TV star Randal Pinkett in a county where Democrats always lose. 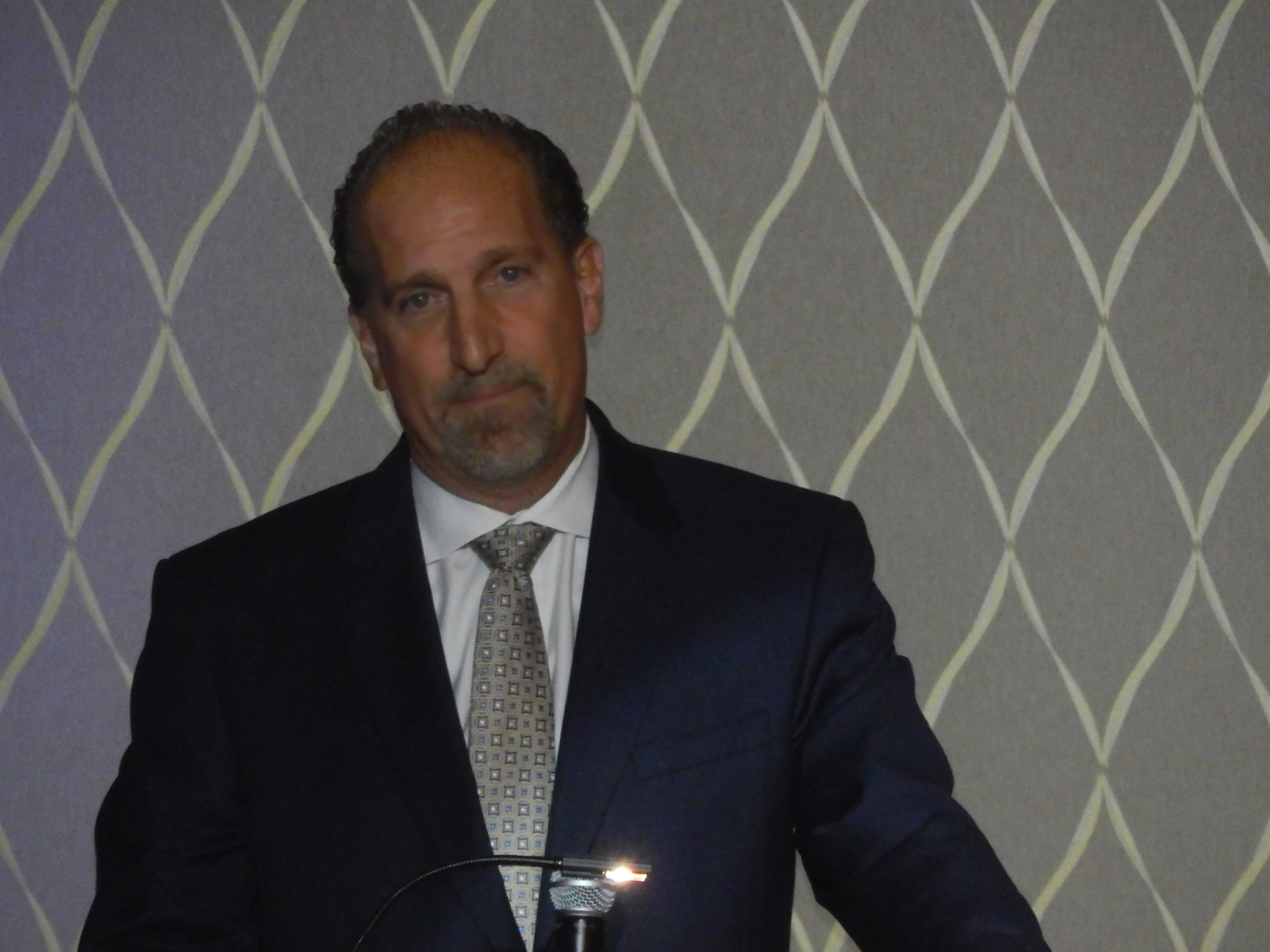 And yet amid the background chatter, Menendez indomitably waded into his speech, apparently stubbornly determined to make this one for the ages, even if it was in a hall with a chandelier that looked like the underbelly of the alien spaceship in Close Encounters of a Third Kind and not the wide range of the Wells Fargo Center in Philly or a football stadium in Miami.

Juxtaposing Republican presidential nominee Donald Trump’s comments on undocumented Hispanic immigrants, the senior senator paid tribute to Latino American soldiers killed in battle. He noted the haste with which Trump assumed a black questioner at an event was an urban voter and made the case for not jumping to conclusions about people based on race. He defended women. He defended the legacy of President Barack Obama, with whom he has personally politically clashed in the past. He defended public servants who don’t pursue wealth as a primary goal. He talked about the fragility of foreign relations and the need for diplomacy.

His voice soared, impassioned and precise, lawyerly and with back-against-the-wall urgency.

It was a well-attended event at the Marigold, mostly present in support of sheriff’s candidate Darrin Russo of Franklin Township and his running mate, freeholder candidate Doug Singleterry of North Plainfield. 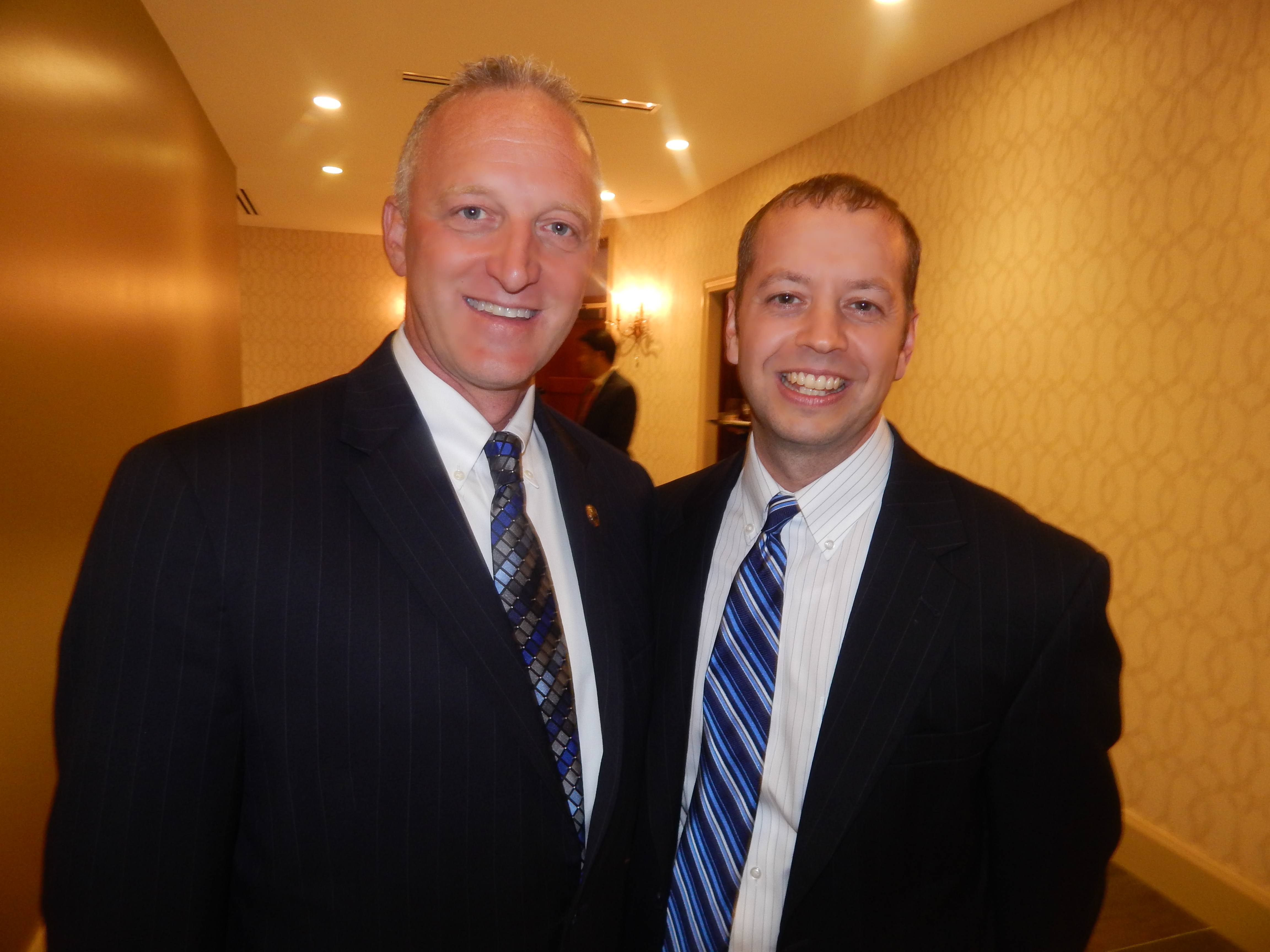 No one dared go next.

It may have been the best speech anyone in the room had heard in some time in New Jersey: a bullet-pointed case study in how to how to dissect a rival party and its nominee, tragically delivered by an elected official whose own political plot line at the moment prevents him from yelling it from national-scale ramparts.

It was all Somerset Monday night.

Schaffer has been doing this for a while, and the talk at the tables was she has to win one this time to justify all the past heartaches, as Democrats – buoyed by Trump’s misfires – see a chance to take two countywide seats this year or slink away for keeps and leave Christie Todd Whitman country to her GOP heirs. 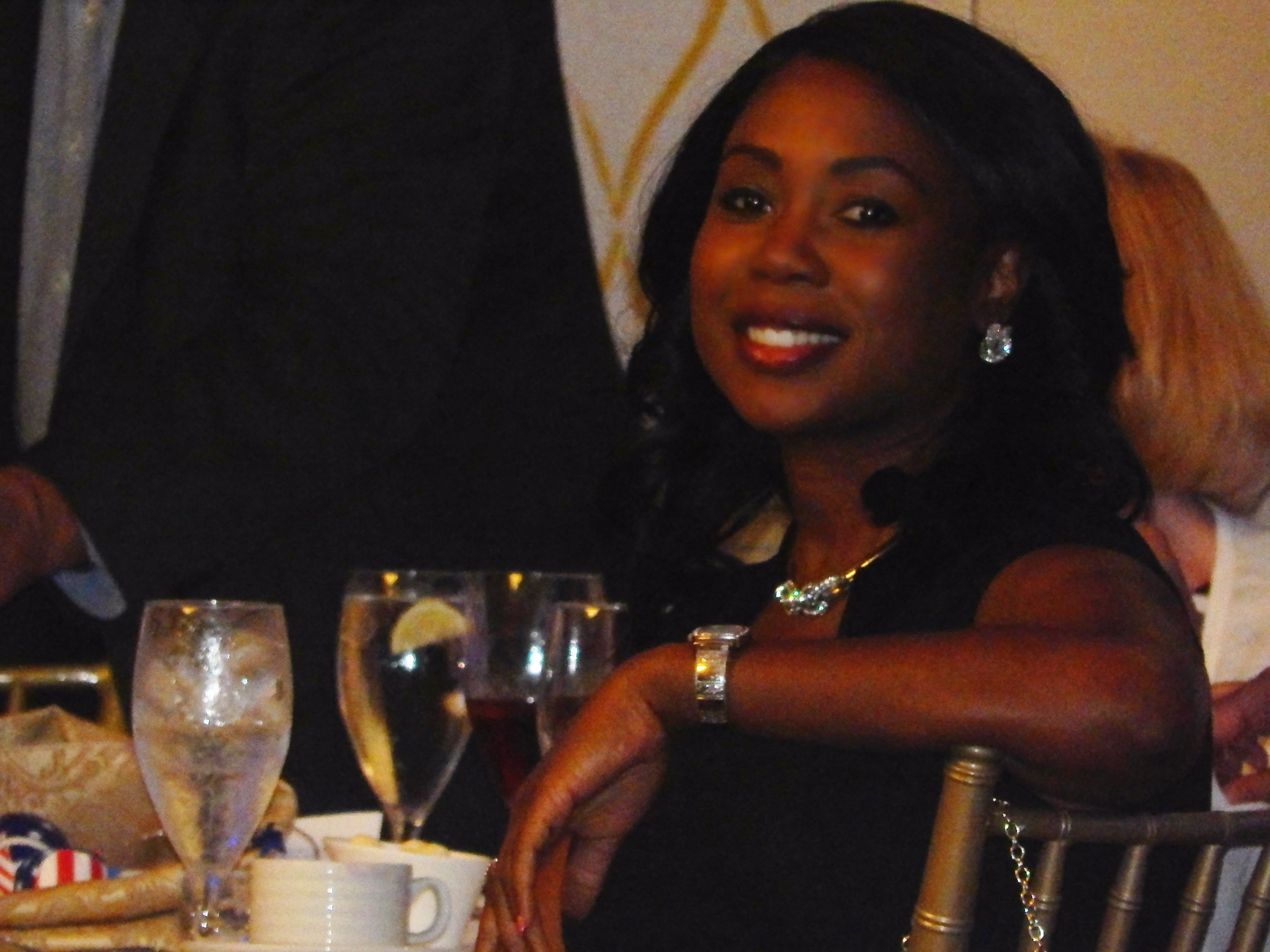 It’s ugly, with both sides throwing torqued punches. When Singleterry went to the podium he mentioned that Republicans are denouncing him as a career politician, laughing it off as the absurd distortion of his record as a longtime unpaid volunteer.

Singleterry stepped in late as a sub for vaporized freeholder candidate Maria Rodriguez. On the coattails of Barack Obama in 2008 he ran on a Democrat ticket that came closer than any other in recent times, and he trusts now in Trump chaos resulting in low GOP turnout. 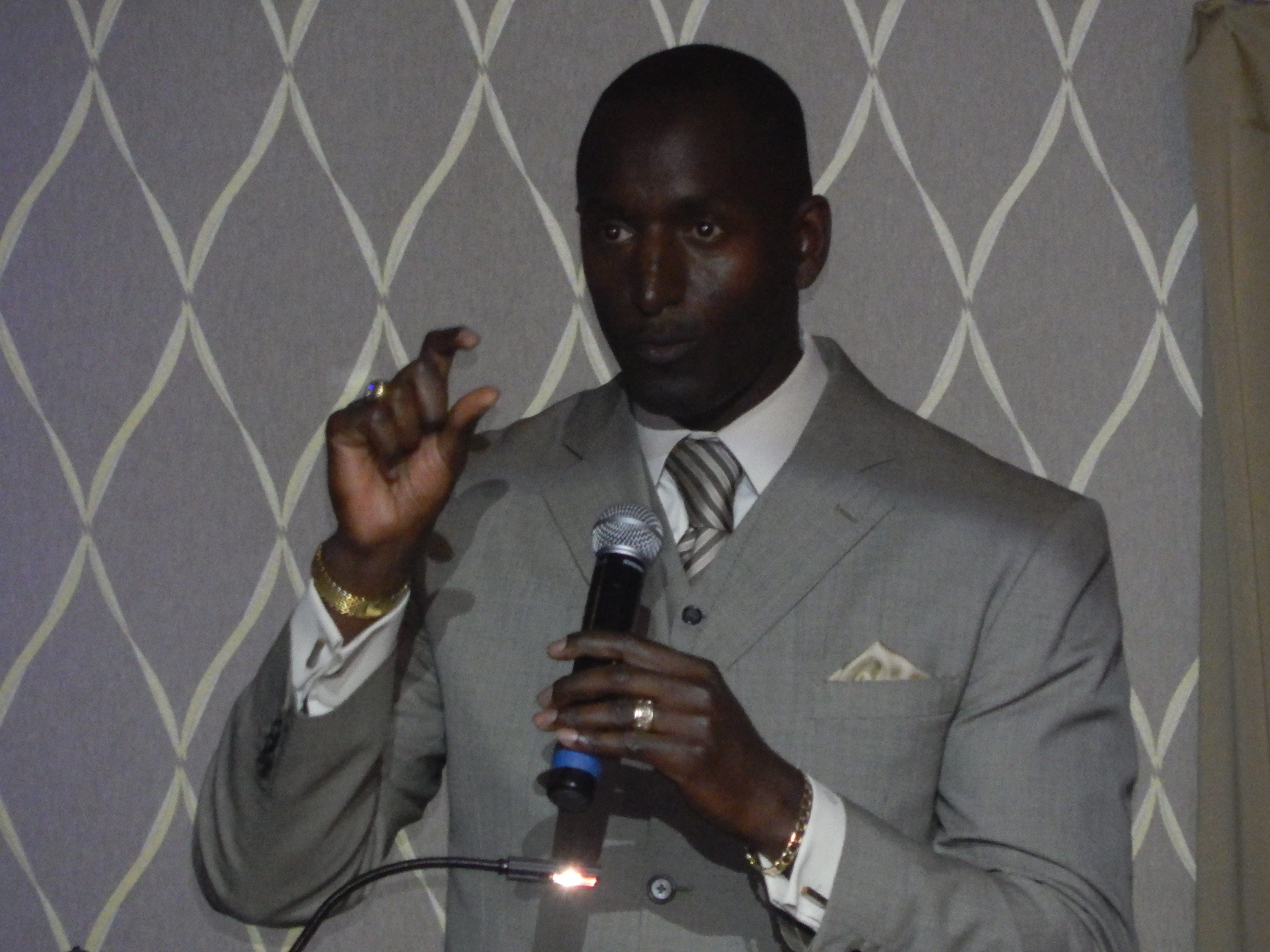 A veteran of Trump’s reality TV show The Apprentice, Pinkett played up that narrative in his turn at the microphone, pointing out his own 15 minutes of New Jersey fame as Jon Corzine’s 2009 choice for lieutenant governor. The Star-Ledger at the time criticized Corzine for even considering a “reality TV star” as his number two. 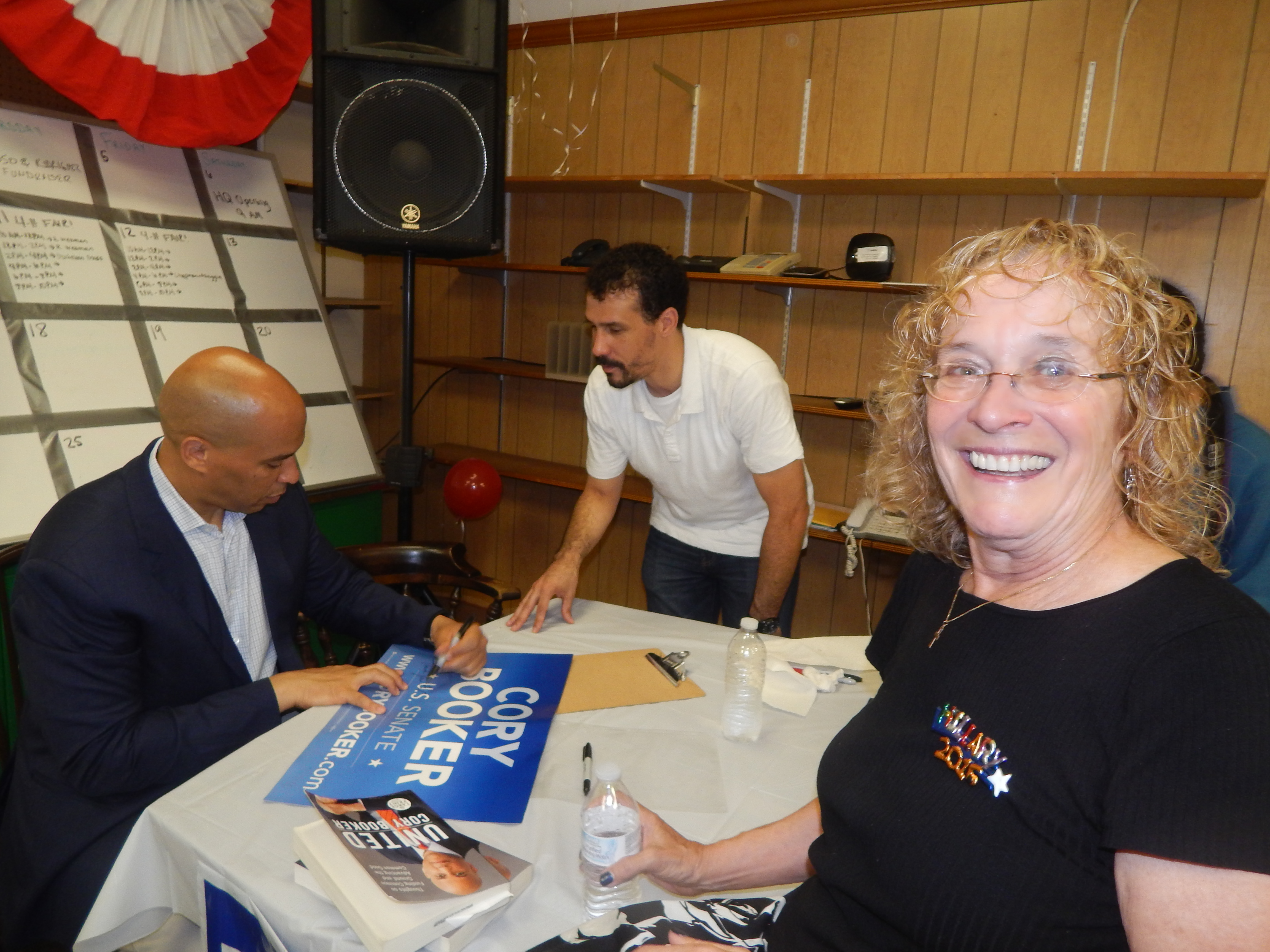 Now Trump, a reality TV star, is a candidate for the presidency.

“The chickens have come home to roast, Bonnie and Senator Menendez,” said an incredulous Pinkett.

But the GOP focused on Menendez in their rejoinder.

“Somerset County Democrats owe the taxpayers of Somerset County an apology – and it starts with Sheriff candidate Darrin Russo and Freeholder candidate Doug Singleterry,” charged Somerset County GOP Campaign Manager Brittany Wheeler.  “It’s three weeks from Election Day and the special guest and keynote speaker at the Russo-Singleterry fundraiser is a United States Senator who has been indicted for corruption?  You can’t make this up!  If Somerset County taxpayers wanted a glimpse into the future should Democrats takeover county government, they just got it.  They want to turn Somerset County into Hudson County, where corrupt politics is celebrated and embraced.  Russo and Singleterry should have the decency to step forward and admit this was a terrible mistake in judgment.  I look forward to their response.” 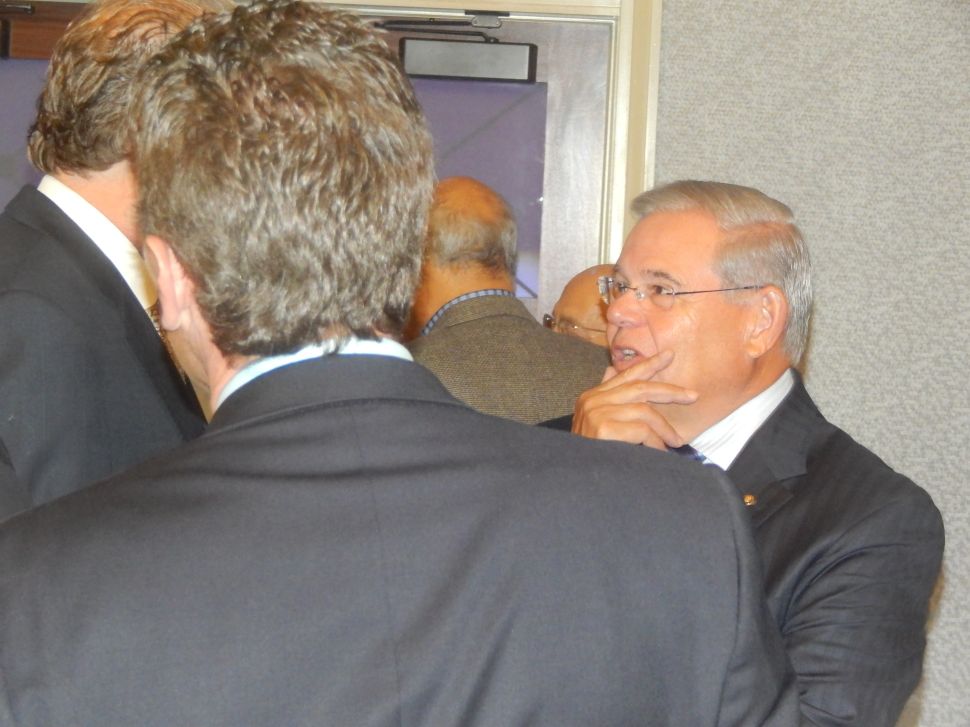