HACKENSACK – Northern county Democrats came together this afternoon behind the gubernatorial candidacy of former Goldman Sachs executive Phil Murphy, essentially squeezing the life out of the prospect of the competitive primary that appeared possible as recently as one week ago.

Bergen, Passaic and Hudson all muscled up behind Murphy, with Middlesex and Essex prepared to do the same and other counties also in, Mercer, Monmouth, Hunterdon, Warren and Morris among them.

Stellato and Currie both urged the big packed sixth floor room to remember that there is a general election next month. So did Murphy, who won applause when he said Democrats must elect Josh Gottheimer to Congress over incumbent U.S. Rep. Scott Garrett (R-Wantage).

“I am hoping when we leave this room that we start to focus on 2016,” said Currie.

“We have to get Josh Gottheimer elected,” Murphy said.

In the room in addition to the key northern chairs:

The chairs in the room represented that apparent assumed starting point for Jersey City Mayor Steven Fulop, who last week dropped his own gubernatorial candidacy to back Murphy.

Prieto, Stellato and Currie have all had their troubles with South Jersey Democratic power broker George Norcross III, whose own preferred candidate for governor, Senate President Steve Sweeney (G-Gloucester), flamed out this morning.

Prieto, who doubles as speaker of the assembly, applauded the prospect of having a Democratic governor to replace Republican Chris Christie, who often tag teamed with Norcross and Sweeney against Prieto on legislative matters.

Today, the northern chairs spoke as the bedrock of a coalition of northern chairs whose relations with Norcross chilled especially over the course of the past two years, and as the vanguard of Murphy support.

“How difficult it has been for a member of the opposite party with Chris Christie as governor,” said Prieto.

He identified Murphy as having grown up “middle class… on a good day.”

Currie tried to bury the comparisons of former Governor Jon Corzine, an alumnus of Goldman Sachs, to Murphy.

‘Phil Murphy is not Jon Corzine,” said the state paarty chairman. “I don’t want to hear that anymore.” 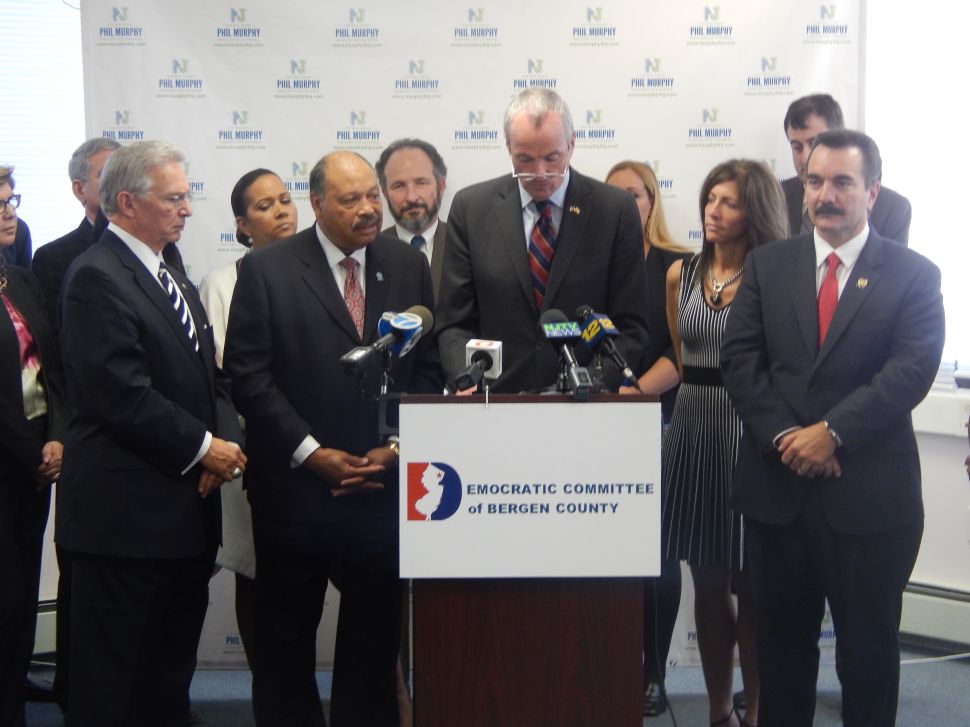