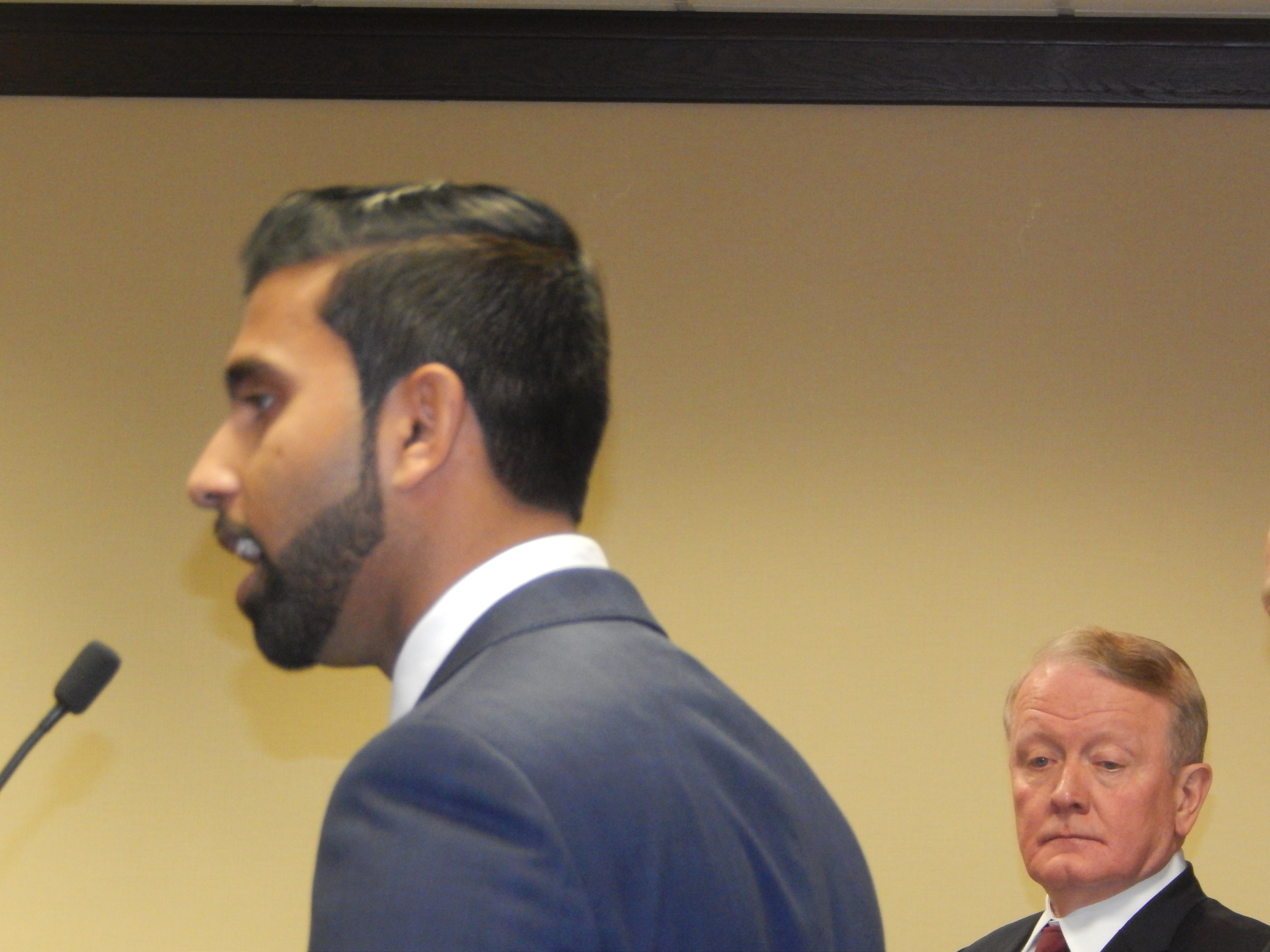 Jacob, left, takes his turn at the microphone in his Holiday Inn encounter with Lance. Max Pizarro for Observer

CLARK, N.J. — U.S. Rep. Leonard Lance (R-Hunterdon) was an early backer of Donald Trump, and he didn’t back away from the billionaire real estate tycoon even when others – such as U.S. Rep. Scott Garrett (R-Sussex) and U.S. Rep. Frank LoBiondo (R-Cape May) – did.

Yet his opponent, the much-watched Democrat Peter Jacob, chose not to flail at the Lance-Trump connection this morning at the CD7 debate at the local Holiday Inn, instead presenting himself as an empathetic problem-solver. 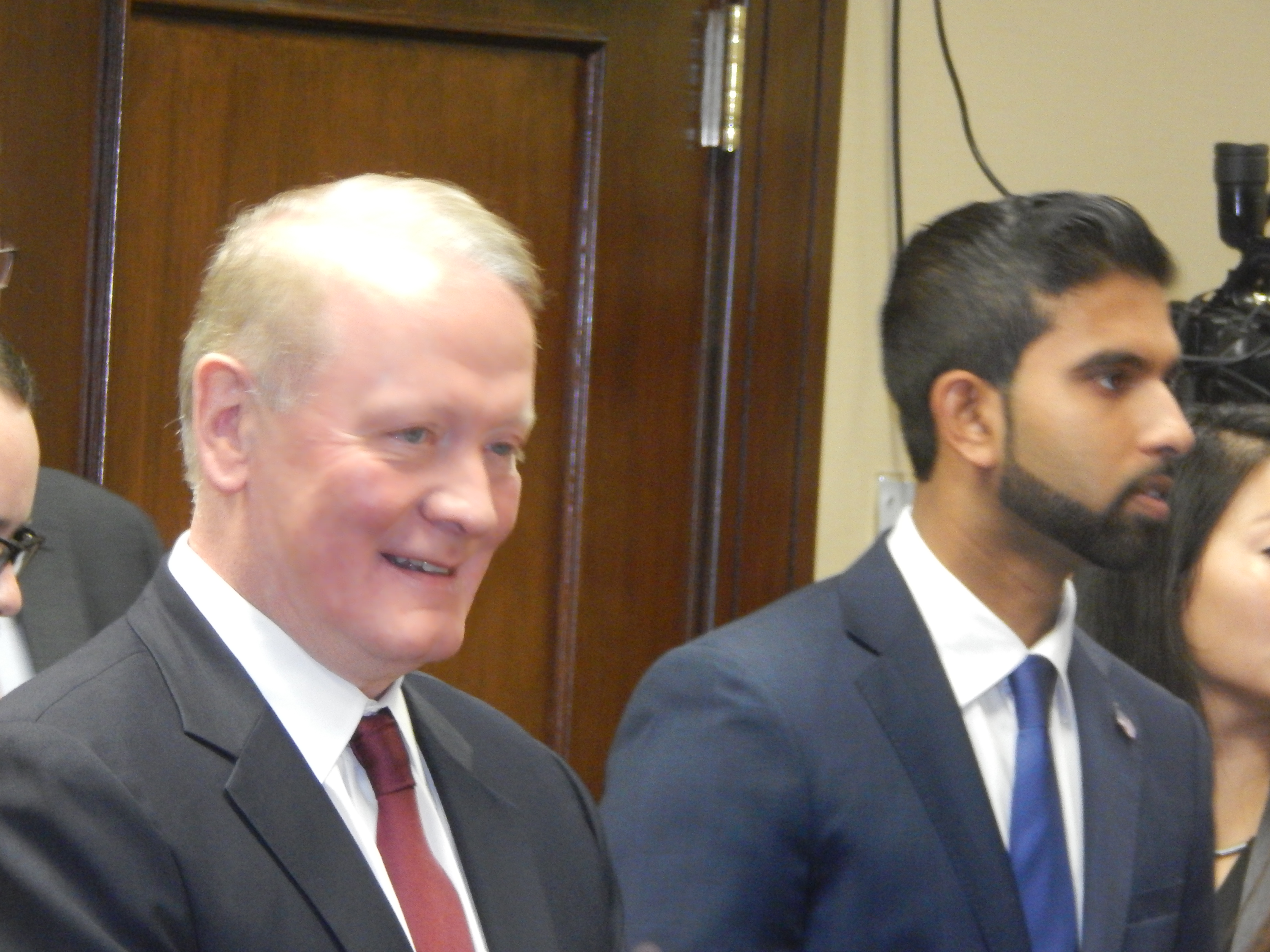 The challenger played a little guilt by association with the Republican incumbent, promising to work to get funding for the Gateway Tunnel project poleaxed by Governor Chris Christie. He also rejected Trump’s tax cuts as too punishing to the working poor, while Lance – ever the seasoned veteran – bludgeoned Hillary Clinton’s proposal of a millionaire’s tax as too burdensome to the 7th District, one off the most affluent in the country.

Resembling a life-sized GI Joe figure, Jacob took an early shot at Lance when he declared his support for the Clean Energy Act, which Lance supported and then later ran from after the 2010 Republican Primary left him with woozy with the notion that in federal office he could no longer be the environment-loving moderate known and beloved in the state legislature.

Throughout this morning’s debate, ever-the-proud-patrician Lance stuck to that moderate card, burnishing himself as a resplendent general election Leonard, as opposed to the primary version that has to constantly tack to the right of a perennial Tea Party challenger from Tewksbury. 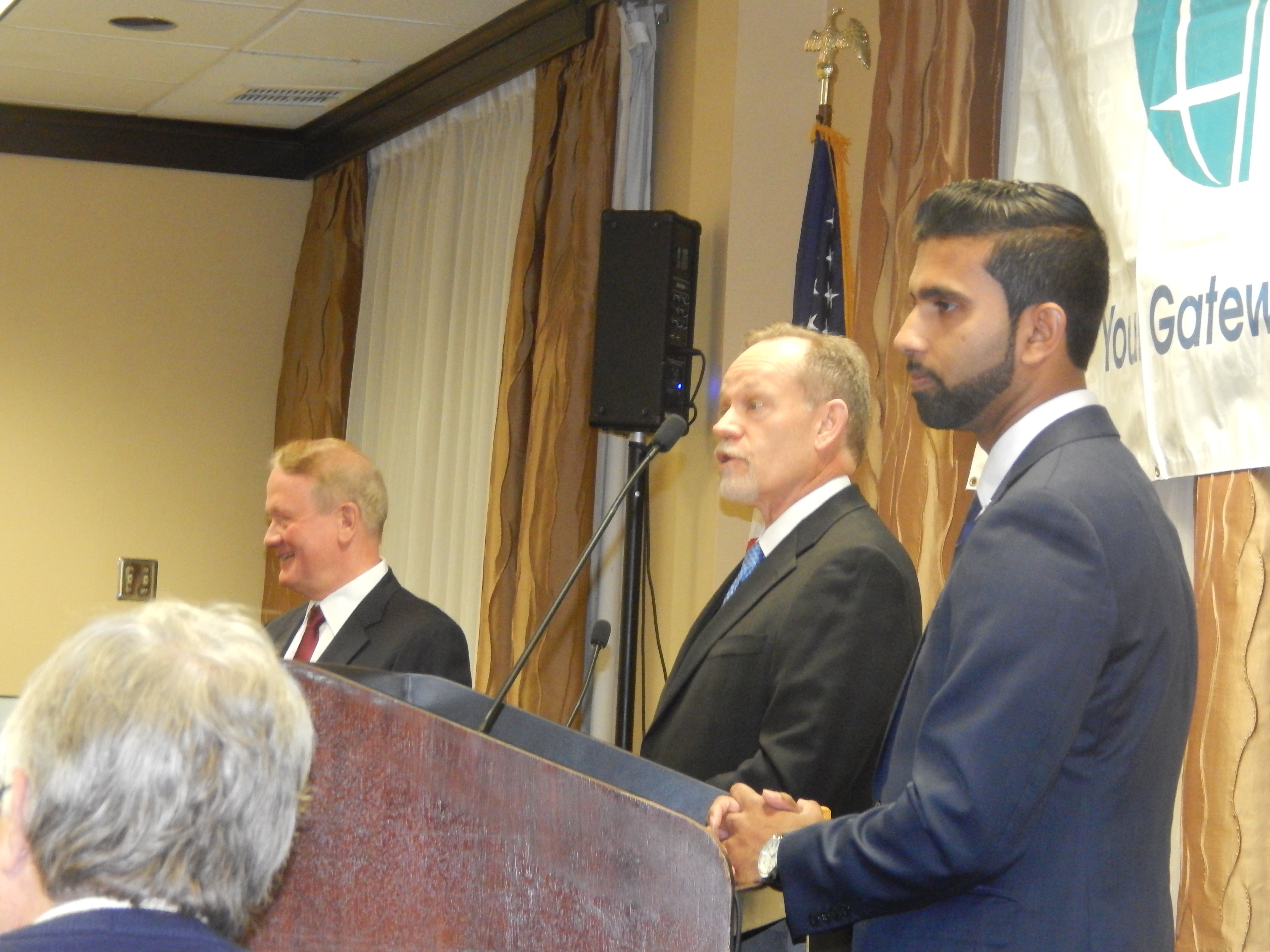 The combatants prepare to engage. Max Pizarro for Observer

“I want to work with whoever is elected president,” Lance declared.

He also, by the way, he was quick to note on the heels of one exchange, that he backs the ARC (Access to the Region’s Core) tunnel. “It’s critically important to the residents in this district.”

Now, the knock on Lance from the likes of his old colleagues, like Senate Majority Leader Loretta Weinberg (D-Bergen) is that he has had to far too strenuously play the primary version of himself to stay alive in a a Republican Party that just coughed up Trump as its nominee. and yet, consistently throughout the debate Lance delighted in packaging himself as that still lovable rational and recognizable guy from Trenton years past. He even reached way back for one of his favorite anecdotes from his political history. 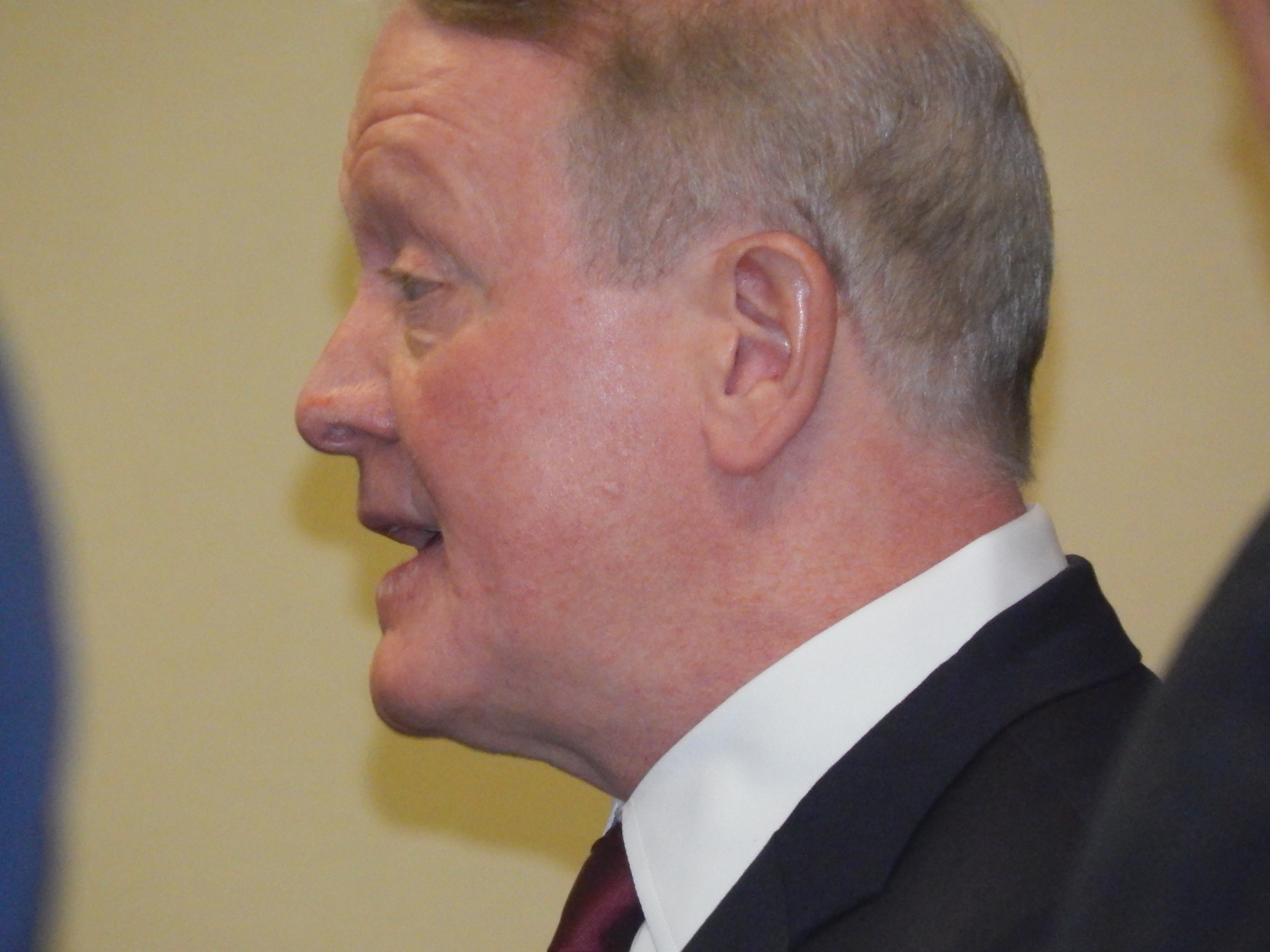 “I sued Governor McGreevey for borrowing without voter approval,” said the congressman, when looking for leverage to present himself as the contest’s lone fiscal hawk.

He even made the GOP Congress look like good guys, working with President Barack Obama to take a $1.4 trillion deficit and grind it down to $500 billion. 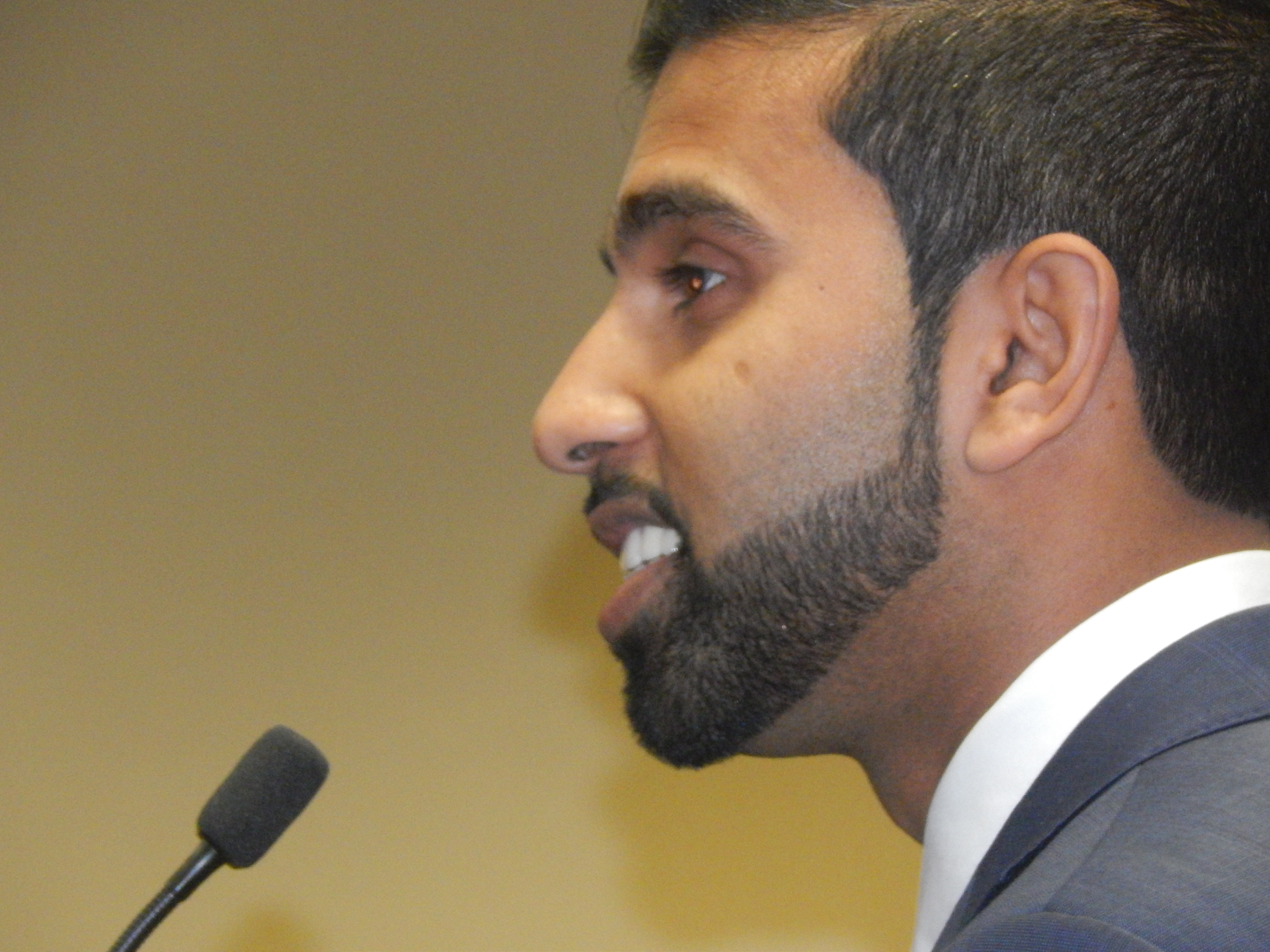 At the podium in Clark. Max Pizarro for Observer

A future star in his party if he sticks with it, the polished and well-prepared Jacob noted that Clinton’s tax plan would not negatively impact 90% of the residents of the 7th District, and stood by it; but again, it was the Democrat defending Clinton while Lance gleefully gave pursuit without having to handle any questions about Trump. “I take that as a yes from Mr. Jacob,” the congressman sneaked in with a grin ahead of his next comments, making the point that his opponent does back Clinton’s tax plan, which Lance rejects.

He ducked too an attempted swing by Jacob when the Democrat forewarned of a Republican Congress signing off on the controversial Trans-Pacific Partnership (TPP), which he opposes. Lance reminded the room that he too opposes the TPP, vowed to vote against it, and declared his confidence that it won’t come up in  lame duck.

As part of the conversation on the subject, Lance jabbed at Clinton, while apparently also trying to bother Jacob, an ardent Bernie Sanders backer in the 2016 presidential primary. 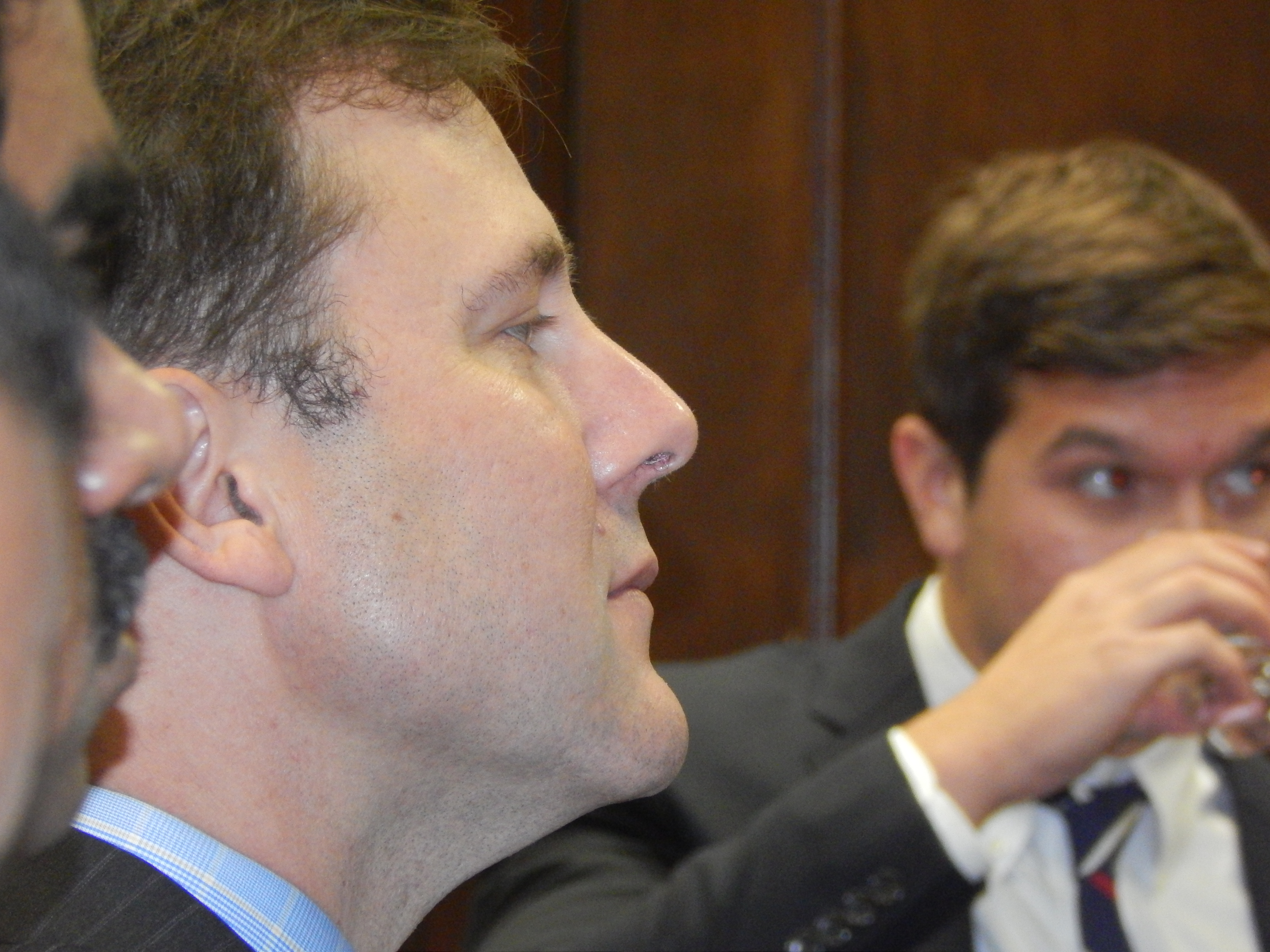 Watchful in the crowd. Max Pizarro for Observer

Clinton backed TPP, then opposed it, the congressman said in a fretful tone.

“She has changed her mind on this based on the challenge she received from Bernie Sanders,” said Lance, who in another exchange pointed out to the crowd that the economy wasn’t as good under Obama as it was under Bill Clinton, evidently indulging in a fun subliminal exercise of signalling that he wouldn’t be an obstructionist to the White House of the former president’s wife.

Trump remained the elephant in the room.

Lance and his wife Heidi commanded the center of the room after the debate for the requisite chest-thumping ritual. 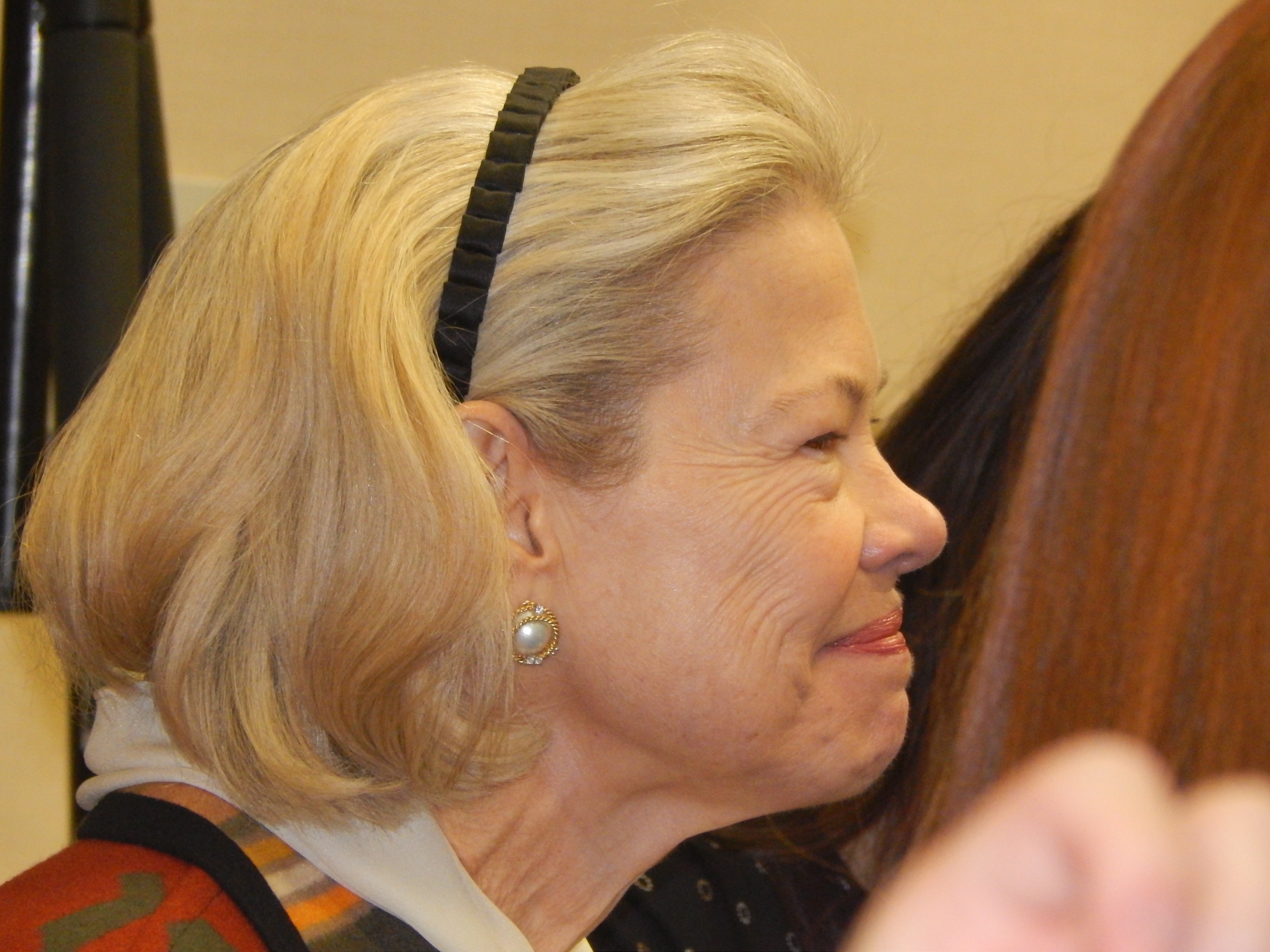 “I love my husband,” Heidi Lance told PolitickerNJ as he squired her to a gaggle of happy supporters, including Senate Minority Leader Tom Kean (R-Union), the man who replaced Lance as the Senate Republican Leader when the GOP elder left for Congress in 2008.

“I said to Tom, may the same thing happen to him that happened to me: may his brown hair grow gray,” the congressman joked from his podium when he saw Kean in the crowd. 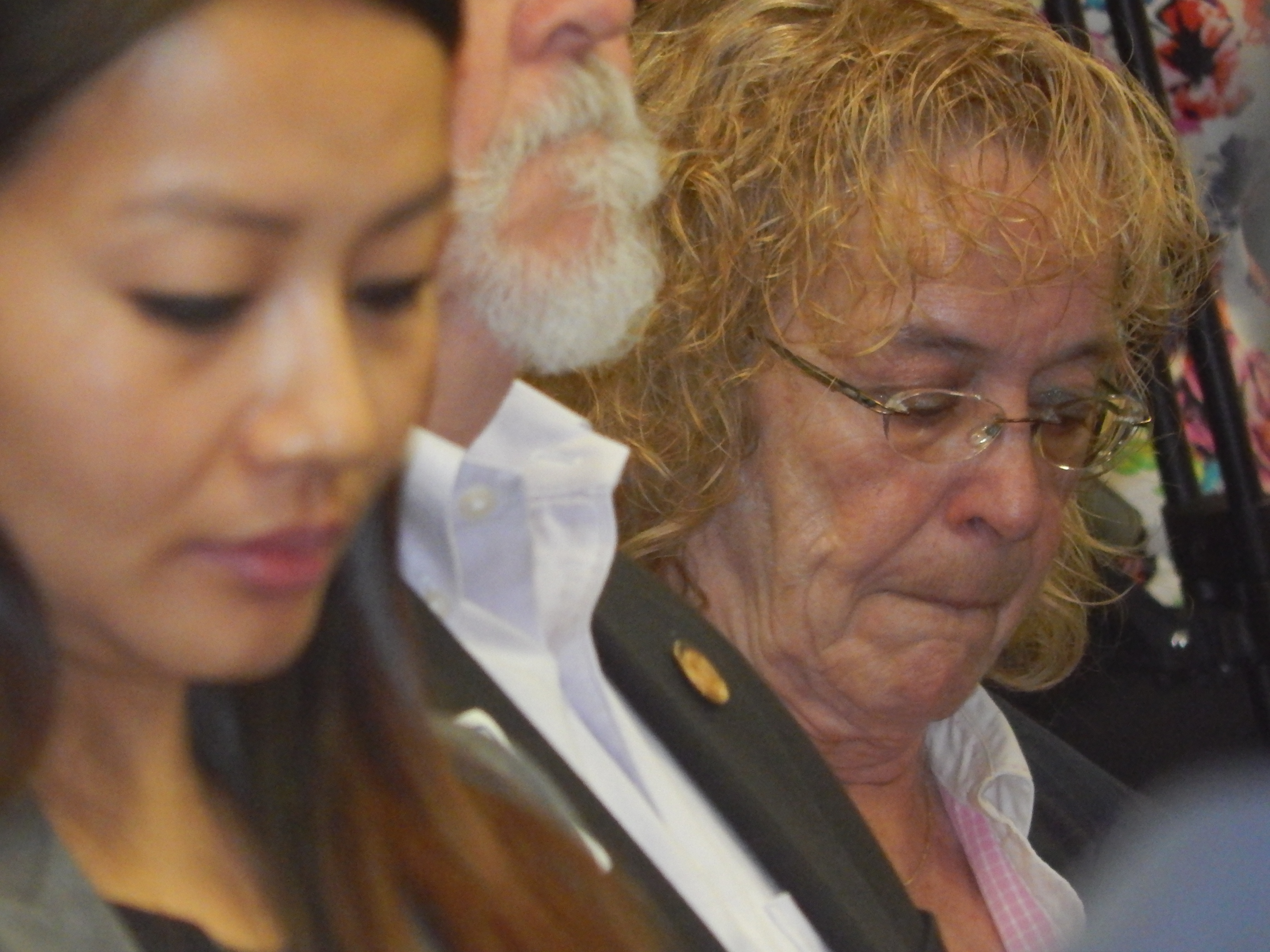 The exchange is worth noting in light of a recent uptick in rumblings in the Central Jersey GOP about this upcoming term possibly being Lance’s last, as Republicans again shift from him to Kean, a failed 2006 candidate for the U.S. Senate who still nurses federal aspirations. But those rumors have actually circulated for a while, with Trenton insiders apparently prepared to outfit Lance in judge’s robes to facilitate the rise, at long last , of Kean.

But based on this morning’s showing, Lance – despite all the encumbrances, starting, one would guess, with the human maelstrom of Donald Trump on the ticket above him this year and a Republican Party in crisis – looks in control. 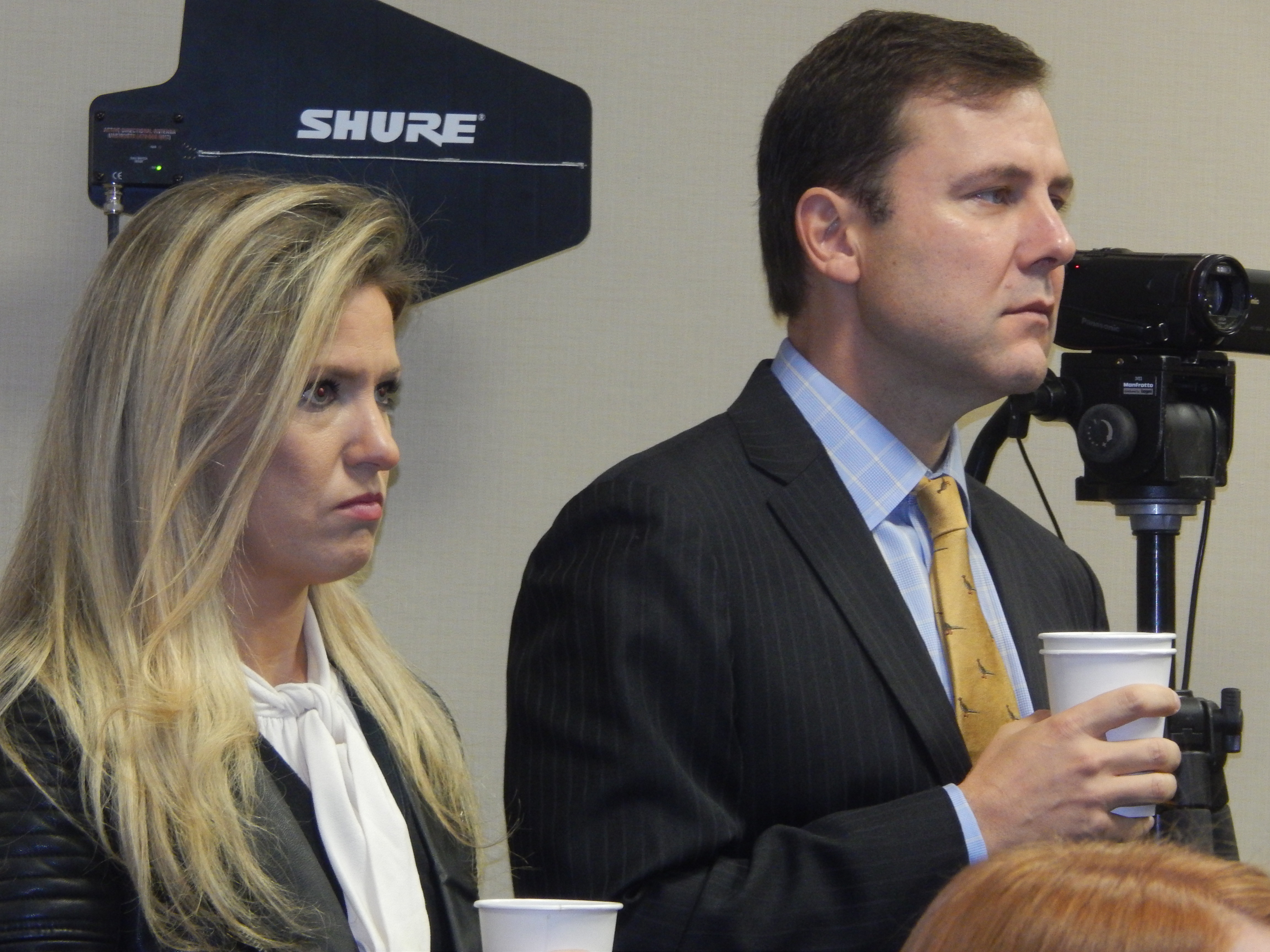 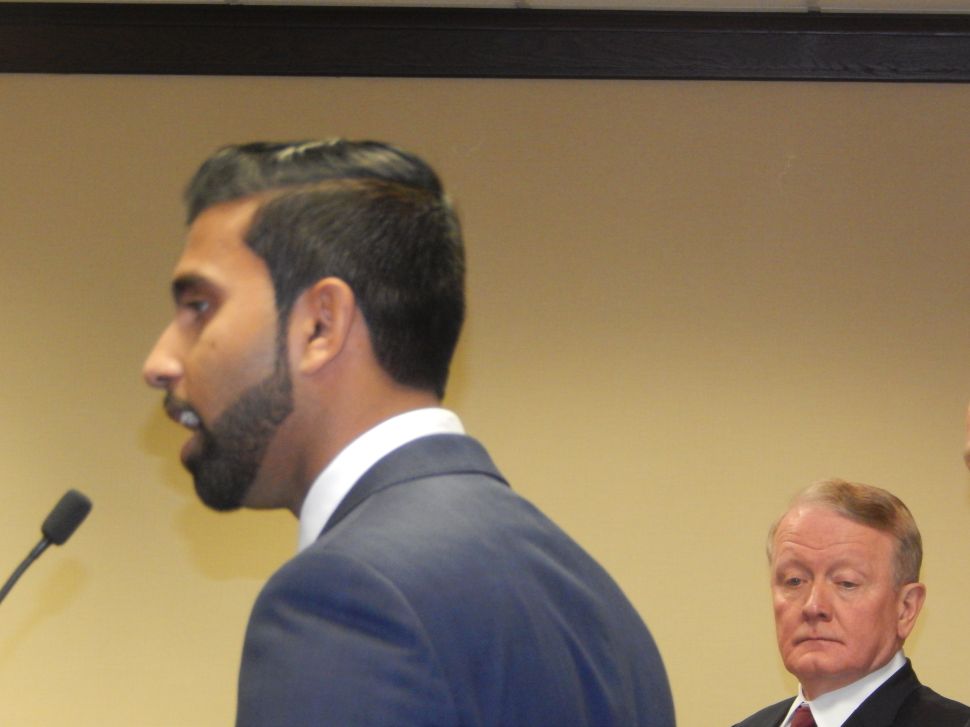