UPDATED: And here’s the clip itself!

At the conclusion of The Walking Dead‘s panel inside Madison Square Garden at New York Comic Con, moderator Chris Hardwick introduced an exclusive sneak peak at the season 7 premiere.

Rick: I’m going to kill you.

Negan: I didn’t quite catch that. You’re going to have to speak up.

Rick: Not today, not tomorrow, but I’m gonna to kill you.

Negan, amused, requests the hatchet of whoever he just Lucille’d, puts it in his belt, and drags Rick by the neck into his trailer. The door slams, and the camera pans downward to a huge pool of blood; in the center, someone’s brains. Cut to black.

Cue screams, cheers, a few sobs, and the woman behind me: “Oh God, I have so much anxiety.” 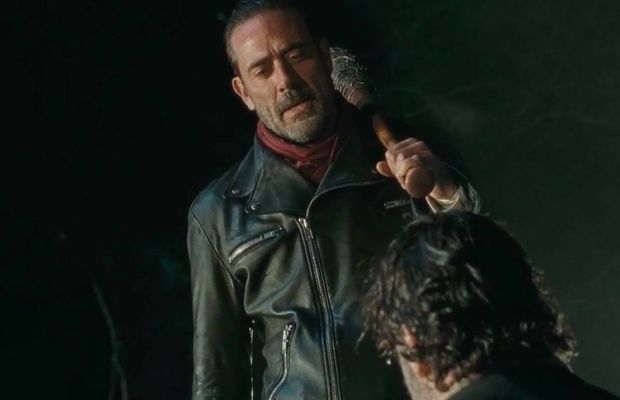