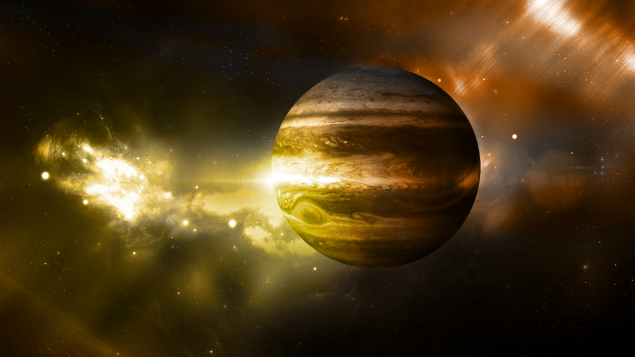 This data could reveal a lot. Wikipedia

The noises coming from Jupiter sound like they’re straight out of a Halloween movie.

When NASA’s Juno spacecraft made its first full orbit around Jupiter on August 27, an instrument on board called Waves recorded the gas giant’s auroras. The emissions of the light show—which is similar to the northern and southern lights on Earth but on a vastly larger scale—were discovered in the 1950s but never able to be analyzed up close until now.

NASA engineers have recently shifted 13 hours of radio emissions from Jupiter’s intense auroras into the audio frequency range so they can be heard by the human ear. They fall between seven and 140 kilohertz.

READ ALSO: These Are the 3 Companies Getting Closer to Taking You Into Space

In this video posted by NASA, they auroras are displayed both audibly and visually in a format similar to a voiceprint, meaning the intensity of the sound waves is depicted as a function of frequency in time. The warmer the color, the more intense the waves.

So what can we make of these sounds? It turns out they pointed us to the strongest emission of energetic particles in the solar system, and we can use this to learn more about their origin.

“Jupiter is talking to us in a way only gas-giant worlds can,” Bill Kurth, research scientist at the University of Iowa and co-investigator for Waves, said according to Futurity. “Waves detected the signature emissions of the energetic particles that generate the massive auroras that encircle Jupiter’s north pole. These emissions are the strongest in the solar system. Now we are going to try to figure out where the electrons that are generating them come from.”

The Waves instrument will next take a measurement on November 2. 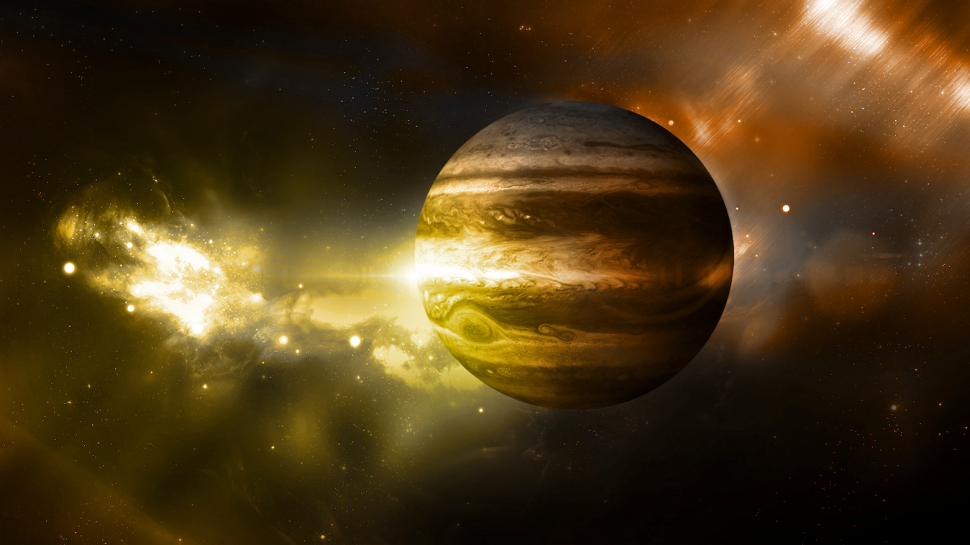