Yet another attack in Jerusalem underscores the “but” in U.S. policy that encourages and emboldens terrorists—terrorism is wrong, they hear from Washington, but what about that Israeli policy?

Terrorists couldn’t agree more with the latter part of that blame game.

After Sunday’s fatal drive-by shooting spree, Hamas branded the killings “a natural reaction to the continued crimes committed by the Israeli occupation against the Palestinians and the Holy al-Aqsa Mosque.”

The usual evergreen reaction, meanwhile, came from the U.S. State Department, condemning “in the strongest possible terms the terrorist attack” and extending “deepest condolences to the families of those killed.”

And while the State Department spokesman said “there is absolutely no justification for the taking of innocent lives” and condemned “statements glorifying this reprehensible and cowardly attack,” the U.S. government has bought into the Hamas narrative that attacks are reactionary—a response to Israeli policy—instead of predatory, driven by the desire to wipe the Jewish state off the map.

It would be a game-changer to see the current U.S. administration go as ballistic over Palestinian shooting, stabbing and bomb attacks as they do over construction in Judea and Samaria.

Just a few days before the latest attack, both the White House and State Department launched a coordinated verbal strike on Israel in response to the Shilo housing construction, accusing Israel of going back on its word, trying to trash a two-state solution, tarring the memory of Shimon Peres, offending the U.S. after signing the 10-year Memorandum of Understanding and choosing international isolation.

White House press secretary Josh Earnest said the construction within the existing settlement “does provoke strong feelings in the administration,” while State Department spokesman Mark Toner called it “deeply troubling,” “disheartening” and, for Israel, “a decision so contrary to its long-term security interest in a peaceful resolution of its conflict with the Palestinians.”

Just a few weeks ago at the United Nations, President Obama stated that “surely, Israelis and Palestinians will be better off if Palestinians reject incitement and recognize the legitimacy of Israel, but Israel recognizes that it cannot permanently occupy and settle Palestinian land.”

There’s always a “but” for Israel from this administration. Yes, we believe in this special relationship, but… yes, you’re under constant attack, but…

And yes, there’s a constant push for Israel to accept a two-state solution, regardless of the reality faced on the ground. At the funeral of Peres, Obama said the late president “believed that the Zionist idea would be best protected when Palestinians, too, had a state of their own.”

Obama’s obsessive desire for a deal before the rapidly approaching end of his second term—regardless of the long-term fallout—is not surprising when you consider the Iran nuclear deal and the hungry, irrational quest to place faith in Russia as a partner in any matter that has to do with Bashar al-Assad. Palestinians keep unleashing attacks, Palestinian leaders keep praising the terrorists; but the White House remains insistent on viewing them as a peace partner no matter what.

The administration wants a pullout from Judea and Samaria, but look what happened after the pullout from Gaza. Washington insists that the Palestinian attacks are grievance-driven and are regionally contained by those land grievances, but then is hard-pressed to explain why even ISIS fighters are drawn to Gaza and terrorists who’ve never claimed any ancestral land in the region are hell-bent on demolishing the Jewish state. Washington insists a two-state solution will solve all problems, but turns a deaf ear to the insurmountable hurdle of Palestinians and allies who truly want a one-state solution with no Jews.

Prime Minister Benjamin Netanyahu stressed to the UN General Assembly that “the conflict raged for decades before there was a single settlement, when Judea, Samaria and Gaza were all in Arab hands.” But the U.S. administration is grasping for moral equivalency, trying to spread the blame so it weighs less heavily on the side whose terror is impeding any peace process.

If there’s going to be any shot at peace, Washington must—with no moral-equivalency riders attached—send a clear message to the Palestinians to knock off all the attacks and incitement: no ifs, ands, or buts. 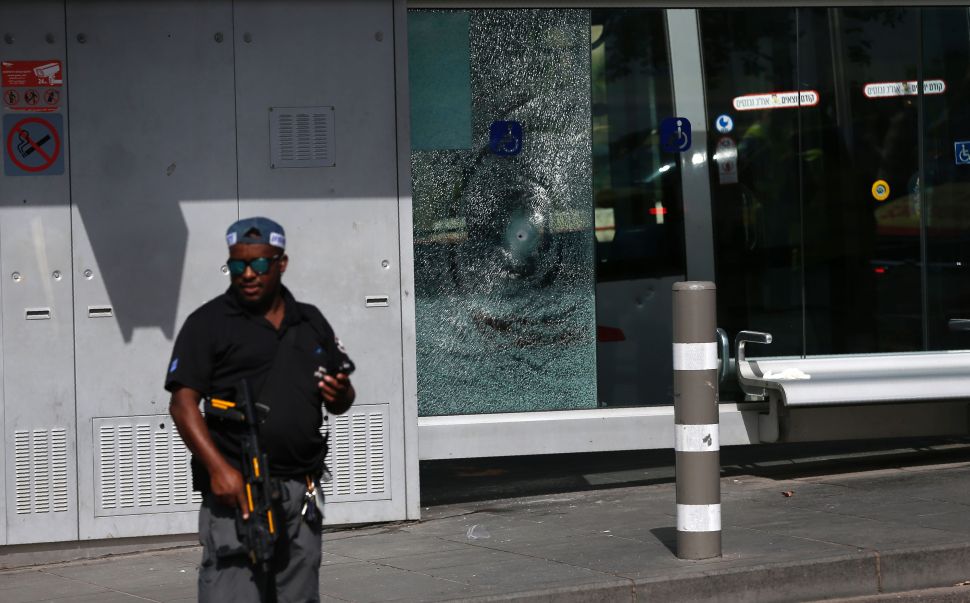