High-profile corporate frauds like these all seem to follow the same pattern. First the misconduct is discovered, and then we learn about all of the whistleblowers who tried to stop the fraud much earlier. Congress then tries to enhance whistleblower protections, with varying success.

The Sarbanes-Oxley Act, passed in 2002 after the Enron and Worlcom scandals, was supposed to protect whistleblowers who uncovered accounting frauds, but judges typically rejected their retaliation claims. The Dodd Frank Act, approved in 2010, provides financial rewards for certain whistleblowers. Its success is still unclear.

While these laws may protect employees who expose wrongdoing from retaliation and encourage more to do the same, nothing requires employers to take their disclosures seriously. And as we saw with the latest scandal involving Wells Fargo, several former employees say they tried to get the company’s attention in 2005 and 2006, to no avail.

Their ineffectiveness is hardly unique. The 2011 National Business Ethics Survey found that 40 percent of employees who reported misconduct believed that their report had not been investigated. When an investigation did take place, over half thought the process was unfair.

So why don’t companies make better use of the information they get from their whistleblowers – especially when ignoring them could expose their company to millions or even billions in liability and permanently tarnish their brand?

Who looks the part

Our idealized image of whistleblowers isn’t doing us any favors. We assume that whistleblowing will come from top employees. But when the company already has a poor ethics culture, those top employees may very well be the ones engaged in the misconduct.

Instead, as I described in a previous research paper, important information might originate from employees who don’t fit in or are labeled as complainers or poor performers.

In other words, we expect the true whistleblower to be Ryan Gosling’s suave character in “The Big Short,” while ignoring the angry insights from Steve Carrell, on account of his bad haircut and terrible social skills.

To take whistleblowers seriously, we need to set aside our judgments about them and their motives and focus instead on the message they convey. In the words of negotiation gurus Roger Fisher and Bill Ury, “separate the people from the problem.”

Where there’s smoke, is there fire?

A second problem with whistleblowing is that we tend to assume it’s not an emergency if other people don’t think so.

There is a principle in social psychology known as the “bystander effect,” which essentially means that people defer to others on how to interpret ambiguous situations and dread the idea of overreacting to a situation and later being embarrassed. It also means that when you observe others doing nothing in response to an apparent risk, you’re more likely to do the same.

In a famous experiment, researchers observed how people reacted to a room filling with smoke, contrasting the behavior of those who were alone to those accompanied by others who were instructed in advance to appear indifferent to the smoke. Of those who were alone, 75 percent reported the smoke to the experimenter. By contrast, only 10 percent of the subjects sitting with the passive seatmates reported the smoke.

The same may be true of whistleblowing. The fact that “everyone knows” about a particular type of misconduct may actually make people less likely to report it. In addition, when a particular type of misconduct becomes prevalent, those investigating may discount the severity of conduct they see frequently and thereby fail to realize that it has reached a crisis level.

Another problem is that whistleblowers may not know which information is most important.

Whistleblowers, especially those uncovering substantial misconduct, have only one piece of what might be a much larger puzzle. They also aren’t lawyers, so they don’t know whether a piece of information is legally important. They only know that the situation feels wrong. Consequently, the important nugget of information might be buried within a lot of irrelevant information.

The 2006 letter from a Wells Fargo whistleblower – who disclosed that other employees were opening fake accounts – is a good example of this problem. The first page of the letter contains generic complaints about unfair treatment and possibly age discrimination. The second page then talks about how salespeople “gamed” the system to inflate their sales numbers – but apparently with the assistance and consent of the customer involved. Sandwiched between these (somewhat) benign accusations is a story about how a customer complained that accounts were opened without his knowledge or consent.

Wells Fargo apparently ignored the report, to its peril and the detriment of millions of customers. The person reading the letter may have started out feeling suspicious of the whistleblower, confirmed that suspicion based on the first page of the letter and then completely missed the important information on the second page. Like this illusion, once the reader forms an initial impression (e.g., that the image features a duck), they became blind to additional data that contradicts the impression (the image could also be a rabbit).

The idea that we “see what we want to see” is not mere conjecture. One study found that people literally saw what they wanted to see in a drawing, perceiving an ambiguous drawing as a “B” or the number “13” depending upon which interpretation led to a more favorable result for themselves in the experiment.

And a final problem: Explosive complaints are as rare as explosive luggage.

Publicly traded companies like Wells Fargo are required under Sarbanes-Oxley to have a process for receiving and responding to anonymous whistleblower complaints. Wells Fargo, like many other companies, had a whistleblower hotline. Why didn’t those folks – whose job it was to investigate complaints – uncover the misconduct early enough to stop it?

Investigating corporate complaints is a lot like being a Transportation Security Administration agent. Most of the complaints they are sorting through will be regular luggage, with a few unauthorized bottles of liquid here and there. Take the problem of reading that 2006 letter and multiply it by 100 or 1,000 letters, almost all of which describe an isolated problem or conduct that isn’t illegal. You don’t get much practice at the most important part of your job (identifying explosives) when it virtually never happens.

Like TSA agents, investigators also have the challenge of identifying a new form of misconduct that doesn’t match the mental models of prior bad acts. In other words, Wells Fargo may have been most worried about mortgage fraud when they should have spent more time investigating fraud in retail banking.

Great investigators are like the guys from the History Channel’s “American Pickers” show. They meet the owners, listen to their story, go through the stuff themselves and then make judgments about what to pursue based on their independent judgment and experience. They’re also open to finding the “best” stuff in unexpected places.

Lastly, great investigators keep an eye out for patterns, noticing when seemingly isolated incidents may indicate a larger problem.

American Pickers illustrate how to be a skilled investigator.

Managers and corporate officers responding to complaints need to shed their preconceptions about whistleblowers and instead invest in the information they receive.

Rather than grumbling about the cost of dealing with them, companies should view their information as a valuable corporate asset. Preventative investments like training managers on responding to whistleblowers, maintaining a hotline and hiring investigators and compliance officers to follow their leads ultimately serve a company’s long-term interests.

If the Wells Fargo scandal proves anything, it is that a 164-year-old brand can be tarnished overnight. A whistleblower – however flawed she may be – may be the last person standing between a company and the loss of its reputation.

Elizabeth C. Tippett is an Assistant Professor, School of Law, at the University of Oregon. This article was originally published on The Conversation. Read the original article. 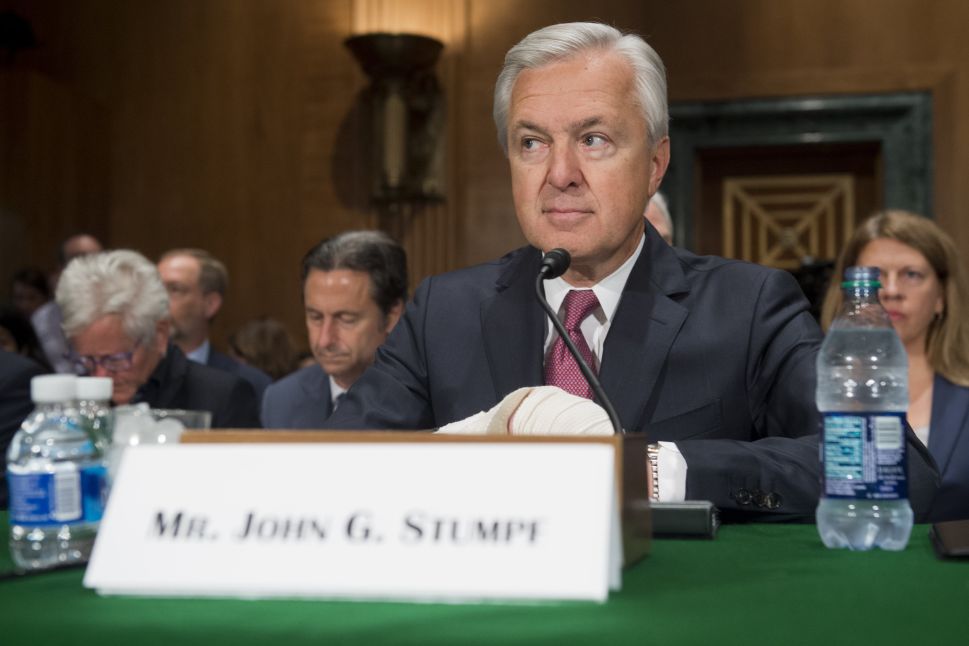