In 2016, every pop vet except Britney Spears is more interested in making capital “A” art than the traditional four singles padded out by eight songs of cliches we’ve come to call conventional pop albums: Beyoncé, Rihanna, Solange, Frank Ocean and Kanye West all released records this year that treat hooks as but one option.

“Visual albums,” meta narratives, unconventional guests, esoteric samples and experimental song structures have become metrics for proving your worth as a true artistic icon. Meanwhile, pop musicians like Meghan Trainor, Fifth Harmony and Ariana Grande all failed to launch themselves into greater depths with their latest albums, their more commonplace collections drowned out by the unprecedented ambitions of their peers.

Lady Gaga’s first album in three years, Joanne, arrives this week with far more in common with artists chasing the zeitgeist rather than those creating it.

Joanne, Lady Gaga’s fifth album, is the least bombastic Gaga record yet by far. It goes out of its way to be more off-the-cuff, agreeable, natural. It’s decidedly not the work of a half-woman half-motorcycle half-Koons sculpture. So who was it made by? Surely not the Gaga we’ve come to know and adore.

Bombast is supposed to be Gaga’s métier. Stripped down to the basics, these well-considered tunes feel naked absent goofy ad libs, guitar solos, drawn-out sections for world-class showmanship on tour.

Joanne‘s first single “Perfect Illusion” shrugs off a key change that could’ve been dynamite following some kind of a middle eight or a drop. The whole affair clocks in at just under 40 minutes, an amuse bouche from the magician who turned Bowie hits into trick scarves at the Grammys. With a list of collaborators that includes Josh Homme, Beck, Kevin Parker of Tame Impala, Florence Welch, Father John Misty, and Mark Ronson, it’s all the more bizarre how streamlined and synthetic Joanne is. Maybe that shouldn’t be so hard to swallow, but a merely pleasant Gaga affair is no fun to sit still for.

The best we can hope for is that her possibly disenfranchised monsters rediscover Artpop instead, her endlessly thrilling 2013 fun-house mirror of a third album, whose critical and commercial performance could be summed up as Chartflop.

Artpop was Gaga’s too-close-to-the-sun album even though she is the sun. It was over-the-top by design à la Michael Jackson’s Dangerous or Madonna’s Erotica, sharing Jackson’s explosion of genre and the Madonna’s preoccupation with sex, both qualities that exhaust pop fans, but shouldn’t.

A tour de force from start to finish, Artpop was likely damned by its release at the height of the her overexposure, so we focused on its flaws: a burqa strip-show fantasy of a leadoff track considered more misbegotten than bold (“Aura”), the usual fame-obsessed lyrics now considered more batshit than campy, and the curious decision to give R. Kelly carte blanche on “Do What U Want,” as in “with my body.” (A surgery-themed, Terry Richardson-helmed video was wisely scrapped.) The album cover was hideous. And the first single, “Applause”, underwhelmed pop radio, failing to make the awkward syntax of “live for the applause-plause” into trash-gold the way her career pinnacle “Bad Romance” did for “Gaga ooh-la-la.”

Now that we’ve lived through Carly Rae Jepsen’s successful rebranding as a wholesome indie-cult act, it makes more sense in retrospect why this sort of maximalist obnoxiousness was greeted coldly. But that doesn’t excuse it.

Let’s set aside the “art” thing and its middlebrow Koons connections for a moment: Artpop is trash galore. It’s Cher remixed by Skrillex. It’s Aerosmith and Bobby Brown refracted through EDM and trap. It’s messier than the last Ariel Pink album and catchier than the last Selena Gomez album. It’s rude and unapologetic and busy. Overproduced not quite, there’s the perfect amount of everything.

The openers “Aura”, (which co-conspirators Infected Mushroom have since disowned) and “Venus” are laugh riots edited as frenetically as Aphex Twin’s Richard D. James Album.

Next come the more tender and melodic “G.U.Y.” (“girl under you,” as consensual submission anthem a la Lana Del Rey, with the depressing undercurrent replaced by sly gender-fucking) with its buzzing, hypnotic riff paying homage to Mega Man 5 and an amazing bridge: “I don’t need to be on top to know I’m worth it / ‘Cause I’m strong enough to know the truth / I just want it to be hot / Because I’m blessed when I’m in love / And I’m in love with you.”

For every good lyric there’s a “love me, love me, please retweet,” but it’s hard to imagine less silly versions of these songs. They capture the humor and awkwardness of celebrity skin in a way that humanizes the absurdly shallow, and that tone sustains throughout. “Swine” works as both as kiss-off to gross men and a celebration of piggish human nature. “Mary Jane Holland” deflates its own arena-synth grandeur when Gaga exclaims she’s rich as piss.

As with Born This Way, the stylistic breadth is jaw-dropping. The admittedly nonsensical and shamelessly appropriative “Jewels ‘N Drugs” survives itself because she picked the right flows (T.I., Twista, Too Short) to ride the beat with, and it’s augmented perfectly by the irresistible crunch-rock claptrap of “MANiCURE.”

On the lone (power) ballad “Dope” she crushes the finest vocal performance in her discography, and its chief conceit is too bold for IHeartRadio: “I need you more than dope.” The burbling semitones of “Artpop” do right by Kaballah-era Madonna, and even the futuristic pulse of “Do What U Want” makes for an astounding highlight with a real laugh at the end. Apparently Kells is too preoccupied with haters in the club to notice or care that his duet partner is offering herself up to him. Even “Applause” sounds much better as an encore/finale in album context, and in retrospect pretty cool to have such art-life-chicken-egg theorizing on Top 40 radio.

What kind of dance-pop icon carves out space in her single to smirk, “Some of us just like to read”?

The only real misstep on this wondrous album remains “Donatella”, a bizarre and painfully surface-level attack on Donatella Versace and the modeling world (“Walk down the runway but don’t puke,” “You just had a salad today”) that doesn’t appear to see any of itself in the skinny, “upper-class” blonde it’s skewering.

It’s half-redeemed by the “looking good and feeling fine” flip side “Fashion!” but as with Kanye or anyone else, Gaga’s not at her best when the biggest political cause she can take up lyrically is an expose of how vacuous the “rich bitch” clothing industry is.

Joanne’s premature maturity may not be a direct reaction to Artpop’s bad press; it seems genuinely personal and Gaga’s hinted that it’s a light following darkness. She may well revisit her three-ring ridiculousness a couple years from now, though few artists return to wackiness in one piece after going straight (See: Beck or Blink-182). That makes Artpop even more of a treasure.

An imploded fireworks display of stylistic contradictions captured at the height of a great singer-songwriter’s most dizzying and colorful period, if not her most resonant or relatable, Artpop was a singular artist’s most singular album; more than art, it embraced pop to its fullest extent. And that’s always worth our applause. 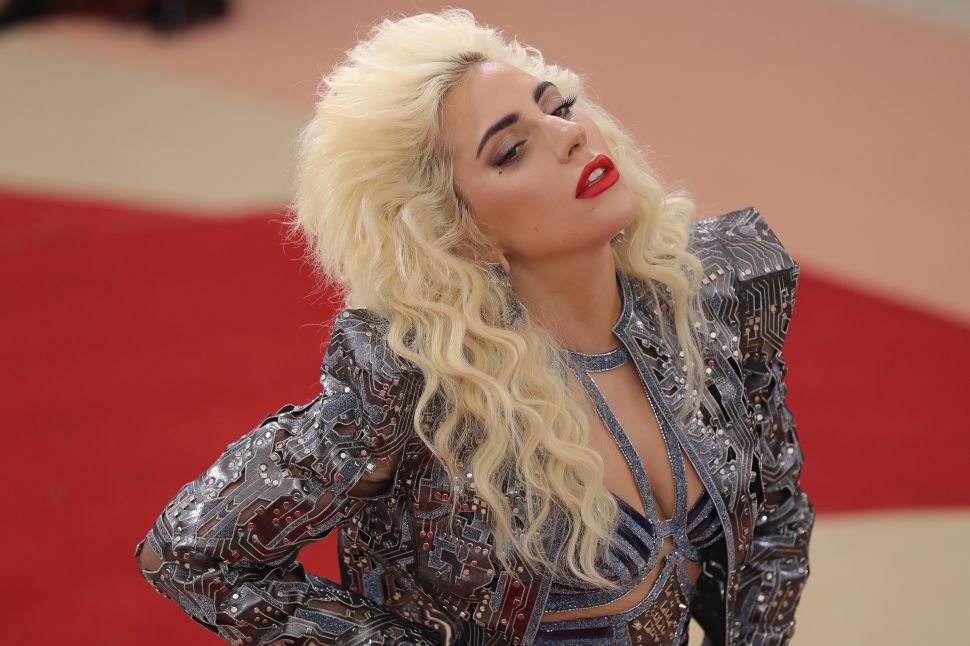