On October 15, WikiLeaks released emails from Clinton campaign Chair John Podesta that contained full transcripts from three speeches Hillary Clinton gave to Goldman Sachs. The speeches, which Clinton refused to release during the Democratic primaries, confirmed what millennials and progressives fear most about her—that she is a war mongering, pro-Wall Street elitist.

In the second presidential debate, Clinton affirmed her support for a no-fly zone in Syria. In April, White House Security Adviser Ben Rhodes criticized the idea, as it would divert resources away from fighting ISIS. In a 2013 interview with The New York Times, General Martin E. Dempsey estimated 70,000 ground troops would be needed to enact and maintain a no-fly zone in Syria, with those estimates likely much higher now that Russia is involved in the conflict, and could risk direct military conflict with Russian forces.

Though Clinton supporters have cited saving civilian lives as a reason for supporting a no-fly zone in Syria, during a June 2013 speech to Goldman Sachs, Clinton admitted creating one would cause a lot of casualties in Syria. “To have a no-fly zone you have to take out all of the air defense, many of which are located in populated areas,” she said. “So our missiles, even if they are standoff missiles so we’re not putting our pilots at risk—you’re going to kill a lot of Syrians. So all of a sudden this intervention that people talk about so glibly becomes an American and NATO involvement where you take a lot of civilians.”

Regarding China, Clinton described an argument she had with Chinese officials about the Pacific Ocean: “We liberated it, we defended it. We have as much claim to all of the Pacific. And we could call it the American Sea, and it could go from the West Coast of California all the way to the Philippines.” Later in the discussion, Clinton added “we’re going to ring China with missile defense. We’re going to put more of our fleet in the area.”

Clinton also complained that covertly intervening in foreign affairs isn’t as easy as it used to be. “My view was you intervene as covertly as is possible for Americans to intervene,” Clinton said. “We used to be much better at this than we are now.  Now, you know, everybody can’t help themselves. They have to go out and tell their friendly reporters and somebody else: ‘Look what we’re doing and I want credit for it,’ and all the rest of it.”

Her foreign policy record is a frequently-cited complaint from progressives who oppose Clinton’s perpetuation of endless war. Under her service as secretary of state, weapons exports from the United States to foreign governments substantially increased, while Clinton supported several disastrous regime changes abroad.

But wait, there’s more. In her speeches regarding the 2008 economic recession, Clinton sided with Wall Street. For years, there has been a public outcry to prosecute top executive bankers for the fraudulent and illegal behaviors that caused the 2008 economic recession, but instead of any repercussions, the big banks received big bailouts and impunity. Clinton demonstrated that she was okay with that in her speeches.

“There’s nothing magic about regulations, too much is bad, too little is bad. How do you get to the golden key, how do we figure out what works? And the people that know the industry better than anybody are the people who work in the industry,” Clinton said during an October 2013 speech to Goldman Sachs.

Clinton claimed the backlash and resentment toward Wall Street was a “misunderstanding” and said banks weren’t performing as well as they could out of fear of regulations. “There are so many places in our country where the banks are not doing what they need to do because they’re scared of regulations,” she said. Clinton then said Dodd-Frank was enacted for “political reasons.” Had these speeches been exposed during the Democratic primaries, they would have had severely negative implications, and undermined Clinton’s self-portrayal as a presidential candidate who will rein in Wall Street.

Podesta’s emails revealed the top administration positions for Barack Obama’s presidency in 2008 were nearly entirely outlined by then-Citigroup executive Michael Froman. Clinton and the Democratic Party have received millions of dollars in campaign contributions from Wall Street firms in 2016. Her ties to Wall Street and dubious campaign contributions suggest Wall Street’s impunity and influence in government will only worsen under a Clinton presidency. This is in addition to the militaristic rhetoric from Clinton, likely to continue perpetuating U.S. engagement in military conflicts abroad. 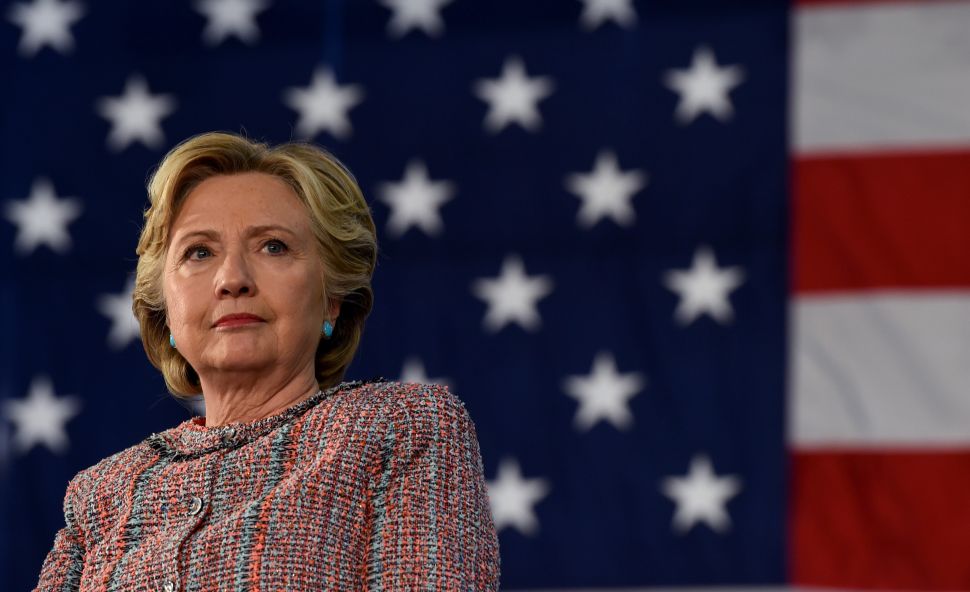