The popular consensus among anyone who isn’t a loyal Clinton partisan is the Democratic National Committee (DNC) rigged the Democratic primaries for Hillary Clinton. Bernie Sanders supporters complained throughout the primaries about then-DNC Chair Debbie Wasserman Schultz violating the DNC Charter to favor Clinton, but their complaints weren’t vindicated until the release of 20,000 DNC emails by WikiLeaks in July.

The WikiLeaks emails provide further insight into how the DNC acted under the pretenses of neutrality, yet coordinated directly with the Clinton campaign to push forth Hillary Clinton’s candidacy. If she is elected, Clinton’s presidency will be a permanent stain on democracy due to the rules broken by her campaign and the DNC to help her win the primaries.

On October 31, DNC Interim Chair Donna Brazile was once again implicated in the WikiLeaks emails, shown to have broken the neutrality she was supposed to uphold as a DNC vice chair. In the most recent emails, Brazile forwards more debate questions to the Clinton campaign and confirms she received them from journalist and pundit Roland Martin. “I’ll send a few more. Though some questions Roland submitted,” she wrote in one email.

“One of the questions directed to HRC tomorrow is from a woman with a rash.” Brazile wrote in a separate email also released on October 31. “Her family has lead poison and she will ask what, if anything, will Hillary do as president to help the ppl of Flint.”

On October 30, WikiLeaks released an email in which a candidate for the DNC communications director position wrote to Clinton campaign chair John Podesta to complain about Clinton staff undermining her candidacy for the position.

“I’m up for the DNC comms job. One week ago I was told I had the support of the campaign, but now I hear that I am being torpedoed by two people. I think it is unfair and I’d really like to talk to you if possible,” the job candidate wrote. “I’ve been advised to step up my efforts to get the support of high level people on the campaign. DWS and I really hit it off and I believe she wants to hire me. I certainly would love to do the job—and I know I would do a great job. Most importantly, I want to help Hillary.”

WikiLeaks released an email on October 27 that revealed the Clinton campaign hand-picked the person they preferred to head general election planning at the DNC before the primaries began in December 2014. Jen O’Malley Dillon was selected by the campaign as someone who would serve the best interests of Hillary Clinton at the DNC. The Clinton campaign had no business making any decisions on DNC hiring before the primaries began.

Various other emails and documents released by WikiLeaks and hacker Guccifer 2.0 have revealed the extent to which the DNC undermined democracy to ensured Clinton’s coronation.

The DNC is supposed to act as an autonomous overseer of the various presidential campaigns running in the Democratic primaries, but the organization worked directly for Hillary Clinton, and against Bernie Sanders. Clinton was selected by the Democratic Party—not elected—in a move symptomatic of the overt favoritism afforded by the DNC and the mainstream media. The thousands of disenfranchised voters Sanders could have welcomed into the Democratic Party were further marginalized, and many traditional Democratic voters are now also disenchanted, thanks to the DNC betraying their trust in democracy. Leading up to the primaries and throughout the election process, the DNC coordinated with the Clinton campaign to help their candidate build and maintain a lead over Sanders. Millions of voters now understand their voices are of little concern to the Democratic establishment. 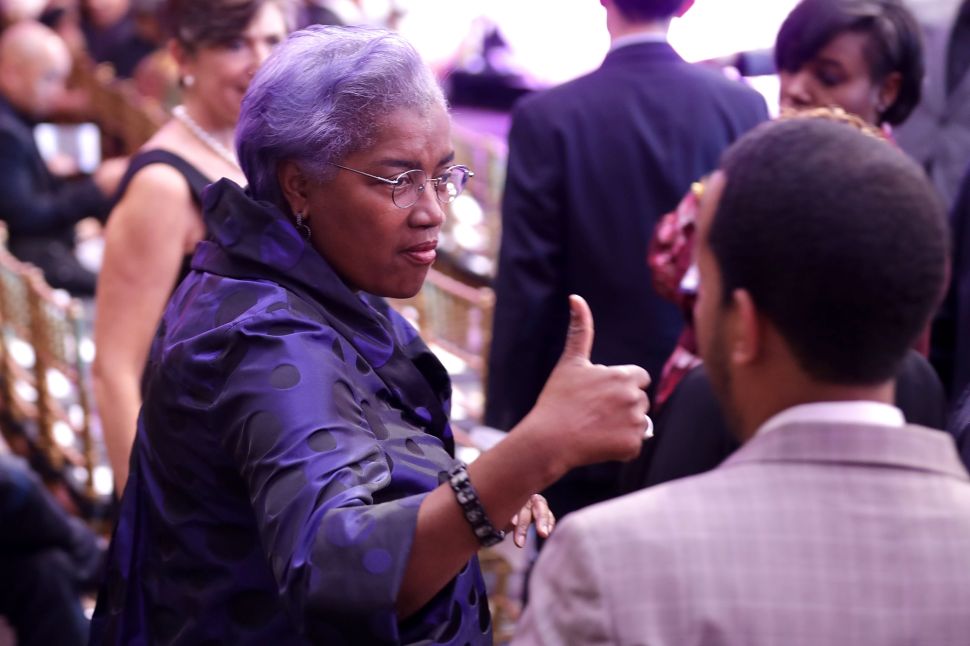