Pro-Clinton pundits and supporters first dismissed the WikiLeaks releases as fake, then amended their arguments to downplay the revelations as just politics. The manner in which Clinton consolidated political power in the Democratic Party and elite circles throughout the country was carefully calculated and downright Machiavellian. All in all, it was a stark contrast to the totalitarianism a democracy is supposed to protect against.

Current DNC Chair Donna Brazile said in a 2013 interview with ABC News, “if Hillary Clinton gets into the race, there will be a coronation of her.” A 2013 poll conducted by The Hill found a majority of voters believed Clinton was running for president, with 41 percent believing she would be the nominee. Other polls conducted in 2013 found similar results.

The Washington Post called 2013 Clinton’s “pre-campaign campaign,” as she spent her first year out of serving as secretary of state on the award and speech circuit. Clinton received at least 19 awards from various organizations that year, ranging from Sir Elton John’s foundation to the American Bar Association. Even Bill Clinton received a “Father of the Year” award from the National Father’s Day Council—though his only child was a full grown adult. The organizations bestowing awards upon Hillary Clinton were afforded access to her vast network of wealthy donors and corporate connections. In exchange, she was provided a public spotlight without any political risk.

By 2013, the mainstream media was already obsessed with the idea of Clinton becoming the Democratic presidential nominee. Polls, articles and speculation about her presumed campaign were frequently discussed. Barbara Walters dubbed her “the most fascinating person of 2013.” Despite the Benghazi scandal looming over her actions as secretary of state during regime change in Libya, Clinton’s support among Democrats was described as “nearly unanimous” by The Washington Post, according to a poll they conducted with ABC News. The same sentiments were shared throughout the mainstream media.

By the end of 2014, no Democrats who could pose a serious challenge to Clinton in the primaries displayed any interest in running against her for president. In her failed 2008 presidential bid against Barack Obama, Clinton also had to run against Sen. John Edwards. Edwards split the votes in the beginning of the primaries between himself, Obama and Clinton, ultimately dropping out after he was unable to score any victories against the two frontrunners. Edwards would later endorse Obama, despite reports Clinton offered him a position as attorney general in exchange for his support.

Most presidential candidates don’t run because they believe they have a favorable chance of winning their party’s nomination. Presidential primaries offer candidates opportunities for publicity and support, which could prove beneficial in future presidential bids in the form of being selected as a running mate for the winner, or help improve political stature in their current office.

The size and scope of the Clinton Democratic machine made challenging Clinton in the primaries potentially more damaging than beneficial. In the book HRC: State Secrets and the Rebirth of Hillary Clinton, authors Jonathan Allen and Amie Parnes note that Bill Clinton intervened in 2012 midterm Democratic primary elections to help candidates who supported his wife over Obama in 2008. Clinton’s service as secretary of state, and the increased growth and influence of the Clinton Foundation made it more politically viable for Democrats to ally with the Clintons rather than force Hillary into a contested primary campaign.

Had the presidential field been as filled as the Republican primaries, Clinton may have seen the same fate as former Gov. Jeb Bush, who was initially the Republican front runner due to his name recognition, and treasure chest of wealthy donors willing to pour millions into his campaign. Clinton’s supporters would have been split among several other candidates and the Democratic Party establishment would have been less aligned with her from the beginning. Instead, the consensus both within the Democratic Party, and in the mainstream media, was “it’s her turn,” and everyone else should just step aside. 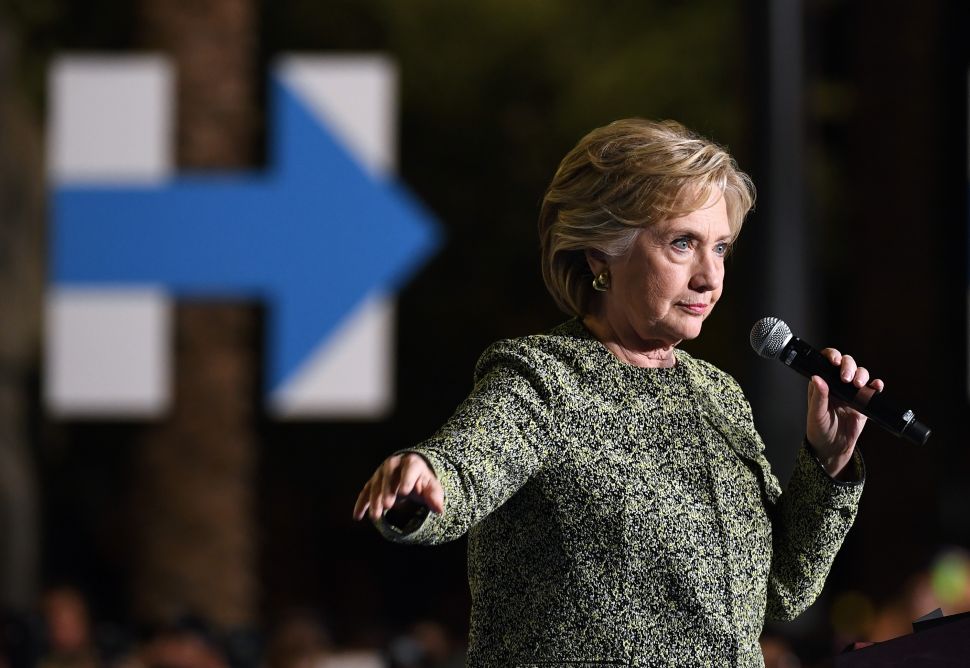