Recent WikiLeaks emails have revealed that Hillary Clinton’s current support of gay marriage and the LGBT community is based on nothing more than political expediency.

In March 2016, Clinton’s campaign staff went into damage control over a gaffe made by Clinton during an interview where she falsely claimed Nancy Reagan had an important role in fighting the HIV/AIDS epidemic. In an email chain released by WikiLeaks, the Clinton campaign noted they would have to coerce Clinton into admitting she was wrong. “Here is a revised draft of a statement. It does include the words ‘I made a mistake’ in the first line. We need a strategy for getting her to approve this.”

Earlier in Clinton’s campaign, emails from October 2015 show staff trying to build a defense for their candidate’s late arrival on supporting gay marriage, and her history of supporting the 1996 Defense of Marriage Act (DOMA). Again, Clinton campaign staff had to figure out how to defend her on something she actually believes in. “I’m not saying double down or ever say it again. I’m just saying that she’s not going to want to say she was wrong about that, given she and her husband believe it and have repeated it many times. Better to reiterate evolution, opposition to DOMA when court considered it, and forward looking stance.”

In March 2013, Clinton came out in support of gay marriage while the Supreme Court heard arguments on the issue. Politifact rated her stance a full flip-flop.

Clinton opposed gay marriage until public opinion shifted in its favor. Supporters have focused on the argument of her having an evolving stance, but as a high-profile Democrat for the past few decades, Clinton played a role in obstructing progress for LGBT rights. In addition to DOMA, her husband Bill Clinton signed the HIV travel ban into law, which disproportionately discriminated against the LGBT community. He also signed the military’s “Don’t Ask, Don’t Tell” policy. “As long as marriage equality hurt the Democrats, they were against it. Now it may even hurt Republicans, they’re for it. So Hillary is for it now,” wrote Andrew Sullivan, former editor of The New Republic, in a 2014 blog post.

In September 2015, the Washington Free Beacon obtained audio recordings from Taylor Branch, a friend of Bill Clinton. In 2000, leading up to Hillary Clinton’s New York Senate race, Branch interviewed Bill Clinton for an oral history project. Though Bill kept the recordings of the interviews, Branch recorded his own recollections as notes. “[Bill] came in and he said, ‘You know I’ve had much more contact in my life with gay people than Hillary has. He said, ‘I think she’s really a little put off by some of this stuff.’ [Bill] said ‘Generally I support the gay agenda right down the line.’ He said ‘[signing Don’t Ask Don’t Tell] was hard for me, and I’m sure there are still a few things that are hard for me to swallow,’” Branch said in one of his recordings.

Hillary Clinton’s record of political expediency is well documented. She voted for and strongly supported the Iraq War for years until she finally apologized and admitted it was a mistake in 2014. But Clinton has not learned. An apology isn’t enough when she has continued her war hawk tendencies, invariably pushing for regime change and perpetuating U.S. military conflicts abroad. As one of the most high-profile Democrats in the Senate, Clinton’s Iraq stance played a central role in manufacturing consent for a war we now know was launched from baseless accusations. During her service as secretary of state, Clinton supported every war demanded by the military industrial complex.

Clinton has also expressed regret for her support of the disastrous 1994 crime bill, and her use of the racist term “super-predator.” But when pressed about her usage of the term by Black Lives Matter protesters, Bill Clinton defended its usage, and accused the activists of defending criminals. “I don’t know how you would characterize the gang leaders who got 13-year-old kids hopped up on crack and sent them out on the street to murder other African-American children,” he said. “Maybe you thought they were good citizens—she didn’t. She didn’t! You are defending the people who killed the lives you say matter.”

While Hillary and Bill Clinton have apologized for their past transgressions, their actions often contradict those apologies. Mostly, the apologies serve as a public relations strategy to mitigate negative publicity, while Clinton and her staff work to formulate political stances that are politically safe and maximize potential voter support, rather than fighting on a set of principles. A recent example of this is Clinton’s silence on the Native Americans currently fighting the Dakota Access Pipeline. Clinton includes on her campaign website a description of her support for Native American rights, but that sign of support only goes so far as the political benefits it provides Clinton. Those promises, like so many others from Clinton, turn out to be little more than marketing strategies. 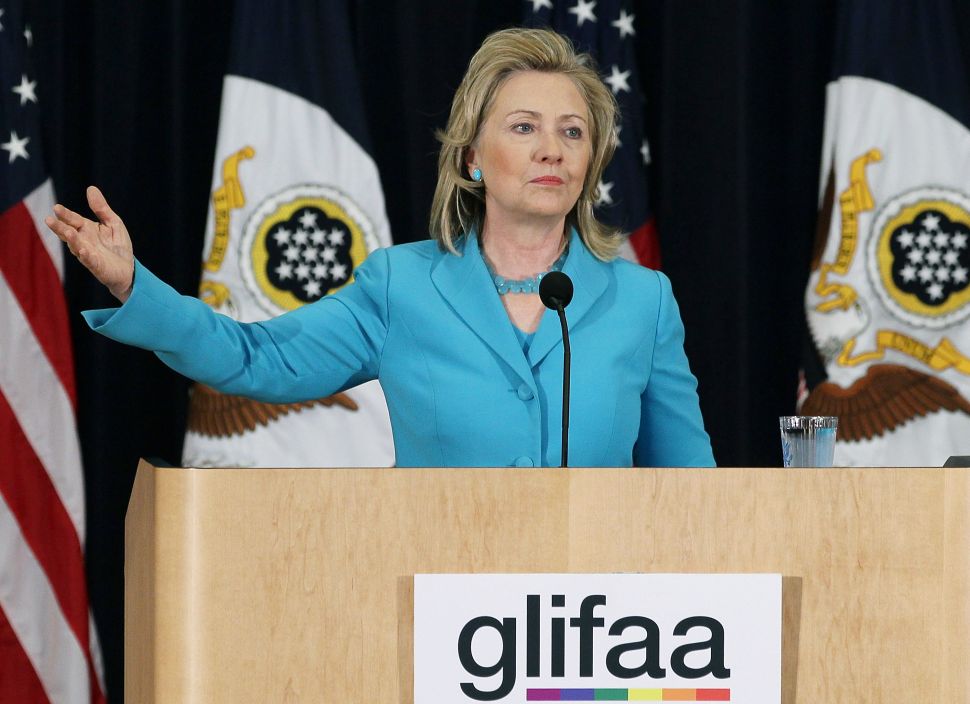