According to an email from Marissa Astor, Clinton campaign manager Robby Mook’s assistant, to Clinton campaign chair John Podesta, the campaign knew Trump was going to run, and pushed his legitimacy as a candidate. WikiLeaks’ release shows that it was seen as in Clinton’s best interest to run against Trump in the general election. The memo, sent to the Democratic National Committee (DNC) also reveals the DNC and Clinton campaign were strategizing on behalf of their candidate at the very beginning of the primaries. “We think our goals mirror those of the DNC,” stated the memo, attached to the email under the title “muddying the waters.”

The memo named Trump, Sen. Ted Cruz, and Ben Carson as wanted candidates. “We need to be elevating the Pied Piper candidates so that they are leaders of the pack and tell the press to them seriously,” the memo noted.

Clinton was widely presumed to be the Democratic presidential nominee long before the primaries began. This assumption was held by the mainstream media and the Democratic Party leadership. Expecting Clinton to be the nominee, the DNC and Clinton campaign developed strategies for the general election.

It was in the best interest of Clinton, and therefore the Democratic Party, that Trump was the Republican presidential nominee. Polls indicated Sen. Rubio, Gov. Kasich, or almost any other establishment Republican would likely beat Clinton in a general election. Even Cruz, who is reviled by most Republicans, would still maintain the ability to rally the Republican Party—especially its wealthy donors—around his candidacy. Clinton and Democrats expected the FBI investigation into her private email server would serve as a major obstacle to Clinton’s candidacy, and the public’s familiarity with her scandals and flip-flopping political record put her at a disadvantage against a newcomer. Donald Trump solved these problems.

All the Clinton campaign had to do was push the mainstream media in the general direction of covering and attacking Trump as though he was the star of the Republican presidential primaries. As the presumed Democratic nominee, whomever she decided to dignify by responding to—whether the comments were directed at her or not—would be presumed to be the spokesperson, or nominee, of the Republican Party.

“Clinton, Trump trade insults as rhetoric heats up between front-runners,” read the headline from a CNN article in September 2015. “Hillary Clinton Seizes On Donald Trump’s Remarks to Galvanize Women,” read a New York Times headline from December. Several media outlets criticized the mainstream media obsession with Trump, but despite a few concerns that the media was propping up his legitimacy as a candidate with their constant news coverage, it continued unabatedly.

The mainstream media was more than willing to do the Clinton campaign and DNC’s work for them by creating a narrative that the 2016 presidential elections was about Hillary Clinton vs. Donald Trump.

Jeb Bush, the initial Republican frontrunner, assumed what should have been Trump’s role as the Republican Primary novelty sideshow. Sen. Bernie Sanders was blacked out of media coverage, and during the rare instances when he was discussed in mainstream media reporting, it was always under the pretenses that his candidacy was a pipe dream. The media gave Clinton what she wanted; impunity for the corruption, lies, and deceitfulness rampant in her political record, and an opponent who divided his own political party while driving fear and anxiety into her own to the point where enough Democrats and voters would gladly vote for her just to avoid Trump becoming president. 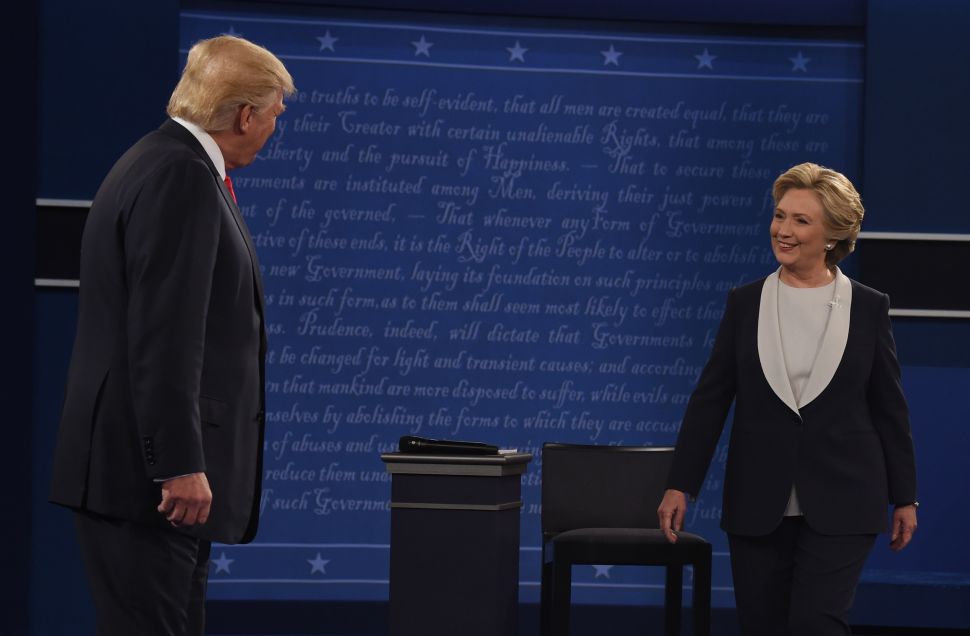