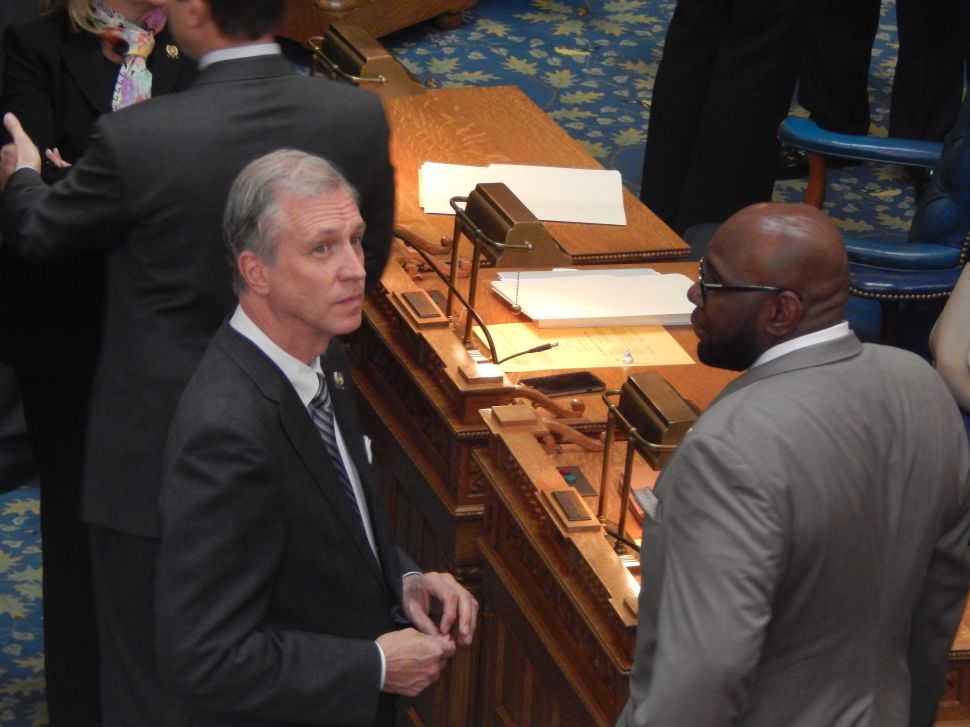 Wisniewski is sponsoring a bill to end the current standstill over funding New Jersey’s transportation infrastructure. Max Pizarro for Observer

“The deal announced late Friday to fund the Transportation Trust Fund is the latest example of New Jersey’s fiscal irresponsibility and will hurt New Jersey’s working families by perpetuating the state’s failure to meet its basic responsibilities,” said Wisniewski. “It simply trades a transportation crisis for a fiscal crisis by stripping the state of $12 billion dollars over the next decade with most of those lost revenues going to New Jersey’s wealthiest residents.

“The proposal adds insult to injury by setting the stage for another gas tax hike in eight years,” Wisniewski added “At that point, every penny of this increase will join every penny of the existing gas tax in paying off debt and, once again, New Jersey will be left with a broke Transportation Trust Fund. This isn’t a solution, this is a travesty.”

The assemblyman plans to announce his intentions to run for governor next month, according to Democratic Party sources.

Wisniewski said New Jersey already shortchanges many of its most critical programs, including state aid for education and the homestead rebate, which adds to New Jersey homeowners’ property tax burden. Other obligations currently left underfunded include the state’s pension payments and hospital charity care.

“New Jersey can’t pay the bills we already have and this proposal would dig that hole deeper.  New Jersey needs a solution to this issue that does not sacrifice our state’s fiscal health and its most vulnerable residents to secure passage,” said Wisniewski.

The legislature is scheduled to vote on the proposal this Wednesday, October 5.