1,100 Pagans gather in a clothing optional tent village in a forest clearing two hours west of Chicago. Women from an all-female strain of Wicca reach into bowls of mugwort and throw the silvery herb into a bonfire to ensure protection in the upcoming year. The women circle around their priestess and chant to the bongo beat with their hands on their wombs, “My body is the body of the Goddess!”

This is one of many rituals writer Alex Mar witnessed as she traveled across the country for the past five years exploring the occult. After directing a documentary on alternative religions in 2010, Mar became fixated on one of her subjects, a Pagan priestess, and decided to delve deeper into the world of witchcraft. This led to her controversial first book, Witches of America, in which she explores different strains of modern-day magic. In her own personal pursuit of faith, she documented her training in Feri, one of witchcraft’s great mystery sects, and her initiation into OTO, a secretive New Orleans clan.

The modern witch has adapted to the times, sending spells via email, attending training sessions on Skype and creating hashtags on Instagram.

Paganism is one of the fastest growing fringe religions in the United States and is becoming increasingly mainstream, occupying storylines on popular TV shows like American Horror Story and spawning widely attended events like PantheaCon, an annual Pagan meetup. The modern witch has adapted to the times, sending spells via email, attending training sessions on Skype and creating hashtags on Instagram (#pagansofinstagram is one of them).

On a dreary Thursday evening in late September, Wiccans, witches and non-believers alike met at the Morbid Anatomy Museum in Park Slope to hear Mar discuss her experiences with the mysteries of magic in anticipation of the release of the book’s paperback edition on October 11. “When I was first working on the documentary six or seven years ago, all of this was sort of a foreign vocabulary,” said Mar, standing in the small and windowless basement of the museum, donning an all-black ensemble like much of her audience. “Now, it’s much more commonly talked about.”

“I wanted to find a community that would give you the freedom that the religion you grew up with wouldn’t,” said Mar, who was raised Catholic. After spending the past few years delving into the occult, Mar remains skeptical and says she is still searching for a faith she can call her own. “I was pushing my own personal boundaries but that’s okay. I feel like a lot of people in New York do that.”

Attendee Kate Scelsa identifies as a witch, proudly carrying a black tote bag she designed herself, emblazoned with the phrase, “It takes a coven,” along with an image of a pointy hatted witch perched on a broomstick. “It’s a trendy word right now but I take it seriously,” said Scelsa, who studies tarot and hosts full moon circles. “It’s become so much more mainstream but accessing that relationship with spirituality is very personal. We have a relationship to magic as children that we repress as adults. That’s the source of most people’s depression because they don’t allow room for the fantastical and the beautiful but creativity is magic. It opens up a bigger worldview.”

There are many different branches of magic-based religions and Witches of America offers a snapshot into that world but Mar feels that it’s impossible to cover them all. The inclusion of a taboo chapter on a man named Jonathan (not his real name) who practices Satanic black magic caused a stir among Pagan readers, some calling it a misrepresentation of the occult community as a whole, despite Mar stressing that this practice is rare.

“He’s not representative of common practice by a long shot,” said Mar, on Jonathan. “I almost saw him as taking devout religious obsession and having it become perversion.” Mar breaks down the severity of black magic in a comparison that relates to today’s political climate: “Jonathan is an occult extremist: he has as much in common with other occultists and Pagans as, say, a jihadist has with the average Muslim.”

Mar read the shocking chapter, titled “Sympathy for the Necromancer,” aloud at the event, recounting Jonathan’s eerie descriptions of breaking into New Orleans’ cemeteries and decapitating corpses in an attempt to channel demons. What’s almost as unexpected as Jonathan’s stories is that Mar writes about him sans judgement and with a deep sense of curiosity as she chronicles his experiences and beliefs. “It’s incredibly dark and touchy,” said Mar. “It’s meant to be troubling. I wanted to touch on black magic and not pussy-foot around it.” 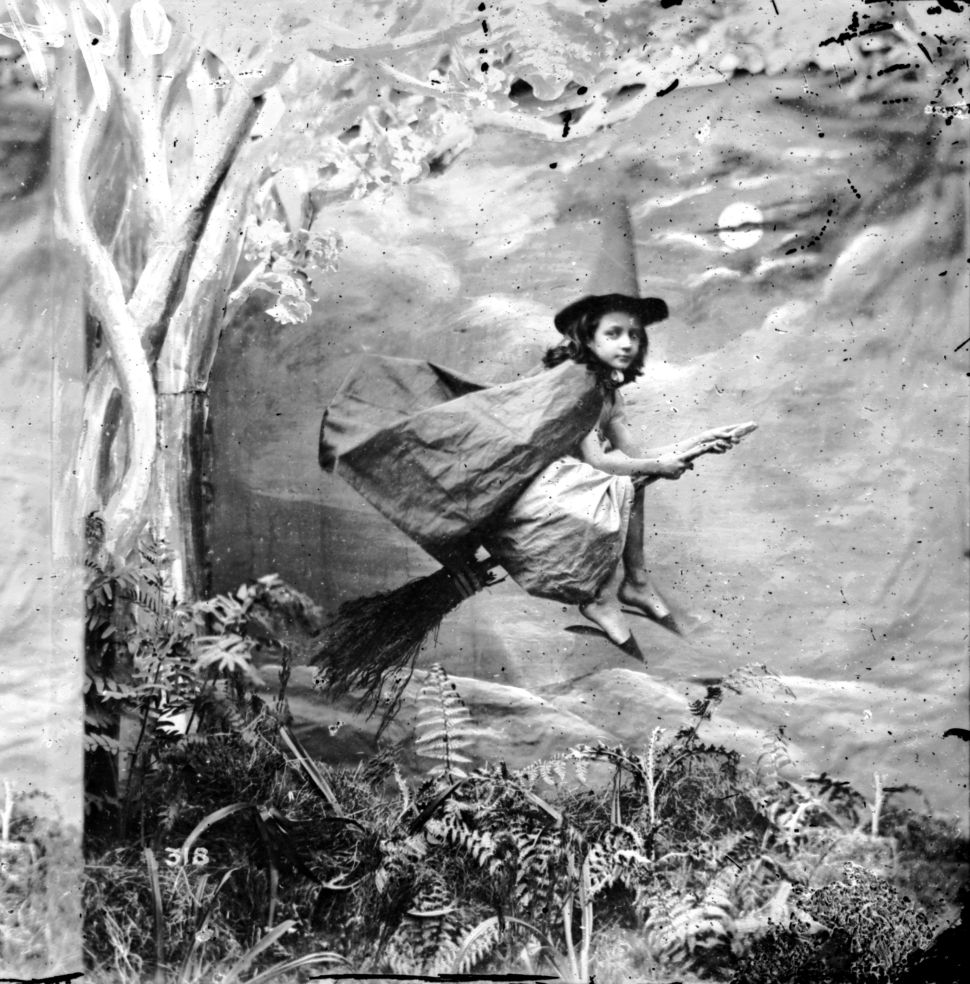