Thanksgiving is just a couple of weeks away, so prepare yourself for the annual discussion of the best way to get stains out of a tablecloth, as well as the likely surfacing of everyone’s favorite Black Jeopardy topic: Lives That Matter. Can’t they all matter? Well, yes, that’s the…Never mind. Do you have a Netflix account? I’ll sign you into mine…

Dropped Lemonade-like out of the blue to kick off the New York Film Festival before settling into its forever home on the streaming service, Ava DuVernay’s documentary 13th provides all of the context needed for that conversation. It feels like the manifestation of that ghostly Encyclopedia of Woke many of us have been grasping for since the Black Lives Matter movement sprung up following the acquittal of the man who killed Trayvon Martin. The Selma director’s film manages to capture the depth and insidiousness of more than a century of cultural, societal and economic oppression along racial lines and then condenses it into a brisk 100-minute package that could literally slip right into your pocket.

Like the poison in the cure, DuVernay traces the injustice of America’s institutional racism back to the amendment that abolished slavery and gave the film its name. Here, inserted into the body of the law by means of two devilish commas, is more than a third of the 13th’s 32 words: “except as a punishment for crime whereof the party shall have been duly convicted.”  In the film’s view, this is a “loophole,” one used historically to maintain in shadow the economic system of the institution the amendment sought to destroy, and currently to prop up a prison industrial complex that benefits corporate interests at the expense of communities of color.

It is a compelling argument made even more so by the thrust of DuVernay’s narrative velocity. She builds a breathtaking momentum, one that is kept on track through crisp editing and music, and propelled forward by the charisma and insights of talking heads you both expect to encounter in a film like this—there you are, Harvard’s Henry Louis Gates—and others you may not—nice to meet you, badass Grand View University history prof Kevin Gannon. (Either Cornell West didn’t get the email, or DuVernay left out the outspoken critic of our sitting president in hopes of securing Obama’s biopic sometime down the road). The presence of Ken Thompson, the late and lamented Brooklyn DA, provides an unexpected wallop of emotion.

At times the film can feel like a cocktail party where the thrill of being invited is tempered by the likelihood that you and Grover Norquist—on hand to defend Lee Atwater’s usage of Willie Horton in the 1988 presidential campaign— are the only ones without tenure. Another element giving that impression is the seemingly slapdash manner in which the plethora of expert witnesses are introduced. Their title cards sometimes show up with their first appearance and sometimes not until their third and fourth, creating unnecessarily distracting moments of, “And who are you again?” There is also an uneven application of “authoritative documentary voice,” as if despite DuVernay’s crowded guest list, she could not get them all to say what she needed. The cinematography can also feel a little unsure of itself, nervously shifting angles, high to low, front to profile, like a wedding photographer perplexed about how to best capture the parents of the bride.

But those are small quibbles for a film that creates such firm and thought-provoking links between history and the present day. It compellingly ties the myth of black criminality pushed forward in D.W. Griffith’s The Birth of the Nation with what we see evidenced in TV show like Cops and in the media portrayal of the Central Park Five. It portrays the corporations that directly benefit from the mass incarceration of black men—companies with evil D&D wizard names like Securus, Aramark, and Corizon—as having more in common with the Louisiana plantation owners of the 1850’s then any of us would care to admit. Perhaps even more powerfully, the film informs us of stories we don’t know but should, like that of Kalief Browder, whose unjust three-year imprisonment at Rikers Island led to his suicide at 22.

But if even after the kind lending of your password, your Uncle Ray sounds like the guy from the New York Post who proclaimed himself far less gullible and more talented at Google than the overwhelming number of critics compelling you (like I am) to see this movie for yourself—well, so be it. Mercifully, Thanksgiving dinner only comes once a year. 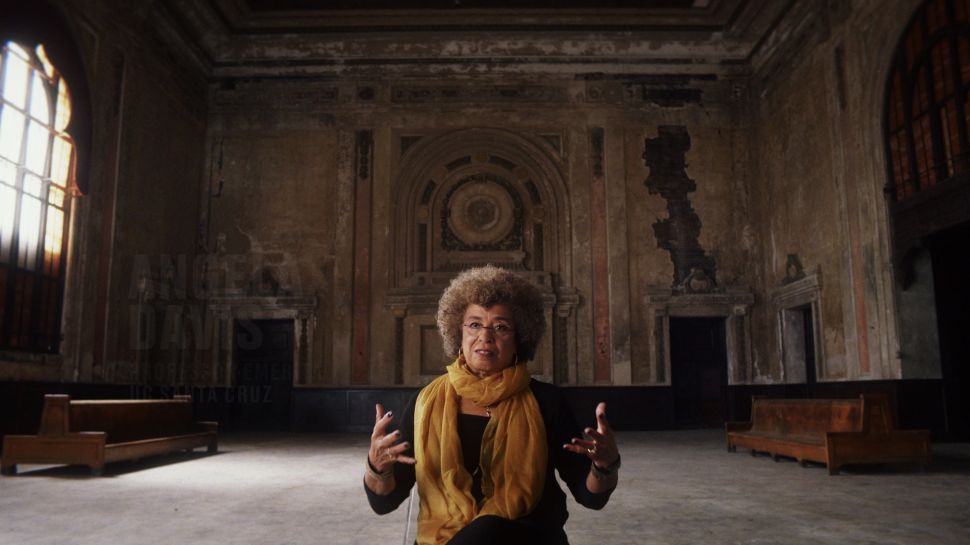