If your only experience with sea vegetables is the seaweed used to wrap your sushi, you’re missing out on a superfood group that can provide serious health-boosting power. Spirulina, a blue-green algae commonly found in powdered, supplement form, is one of the stars of this class—and one that you may have unknowingly consumed. It’s commonly added to green drinks, energy bars and supplement blends, and science supports its surge in popularity. Over 1,400 studies have already been conducted, with results proving that adding spirulina to your diet can drastically improve your overall health and wellness. Let’s take a look at the top five ways.

According to the University of Maryland Medical Center, “A number of animal and test tube studies suggest that spirulina increases production of antibodies, infection-fighting proteins and other cells that improve immunity and help ward off infection and chronic illnesses such as cancer.” With cancer rates ever-growing, we need to do all that we can to add cancer-fighting foods to our diets, and spirulina is a perfect choice.

Numerous scientific studies have also demonstrated spirulina’s ability to fight against the growth and spread of cancer that already exists. A 2014 in vitro study showed that spirulina may be able to stop the proliferation of prostate cancer. This is incredibly important when you consider that, according to the American Cancer Society, about one in seven men will be diagnosed with prostate cancer during his lifetime.

A recent study published in the Journal of the Science of Food and Agriculture looked at the effects of spirulina on 52 adults ranging in age from 37 to 61 who were recently diagnosed with high cholesterol. The study participants took one gram of spirulina each day for a total of 12 weeks, and also provided fasting blood samples at the beginning and end of the study. After three months, researchers found that the participants’ average levels of triglycerides, total cholesterol and LDL cholesterol all significantly decreased.

Maintaining healthy cholesterol levels is important, as people with high cholesterol are at twice the risk for developing heart disease. And with spirulina, you can lower cholesterol naturally, while also preventing atherosclerosis—the thickening and hardening of the arteries that can lead to heart attacks and strokes.

In addition to lowering cholesterol levels, spirulina has also been shown to significantly improve blood pressure. The algae contains a pigment called phycocyanin and, using animal subjects, scientists have discovered that phycocyanin possesses antihypertensive effects, which means, essentially, that it helps to lower blood pressure.

Researchers believe that this finding could be especially beneficial to people suffering from metabolic syndrome, a metabolic disorder that involves a combination of three or more of the following health issues: abdominal obesity, high blood sugar, high triglyceride levels, high blood pressure or low HDL (“good”) cholesterol. Phycocyanin appears to be beneficial for preventing blood vessel dysfunction-related diseases in metabolic syndrome, and this is a significant discovery, as metabolic syndrome has rapidly become one of the leading causes of preventable disease today by increasing the risk of developing heart disease, diabetes, and stroke.

Though green vegetables aren’t typically known for their protein content, spirulina is actually made up of about 62 percent protein, and if you’ve ever tried to shed a few pounds, you know how important it is to add enough high-quality protein to your diet. So how do diets high in nutrient-dense, protein-rich foods like spirulina encourage weight loss? Since it takes more energy for the body to metabolize protein, it helps to maintain lean muscle tissue and contributes to fat burning.

Researchers have shown that higher-protein meals can help overweight and obese people burn more fat. They found that overweight men and women burned more post-meal fat when they ate a high-protein breakfast and lunch than when they had lower-protein meals. To maximize the pound-shedding potential of spirulina, try adding this protein-packed superfood to your morning’s breakfast or your midday snack, rather than having it in the evening.

At proper levels, candida is a fungus that aids in nutrient absorption and digestion. But when candida overproduces, it can become a serious concern that leads to a wide variety of negative and serious health problems. In fact, invasive candidiasis is a leading cause of mycosis-related death in the United States, and candida overgrowth has become the hallmark sign for most autoimmune diseases today.

A yeast-free candida diet is one of the best ways to reduce and eliminate candida symptoms—and the addition of spirulina to an anti-candida diet can help even more! Multiple animal studies have shown that spirulina is an effective antimicrobial agent, particularly for candida. Specifically, spirulina has been shown to promote the growth of healthy bacterial flora in the intestines, which in turn inhibits candida from overgrowing and thriving in your body. Additionally, the immune-strengthening properties of spirulina will also help the body to eliminate candida.

Spirulina can improve an array of serious health issues. It also adds a boost of essential amino acids, iron, protein, B vitamins, and vitamins C, D and E to your diet. Some even say that algae might be the most nutrient-dense food on the planet!

Dr. Josh Axe, DNM, DC, CNS, is a doctor of natural medicine, clinical nutritionist and author with a passion to help people get well using food as medicine. He recently authored ‘Eat Dirt: Why Leaky Gut May Be the Root Cause of Your Health Problems and Five Surprising Steps to Cure It’ and he operates one of the world’s largest natural health websites at www.DrAxe.com. Follow him on Twitter @DRJoshAxe. 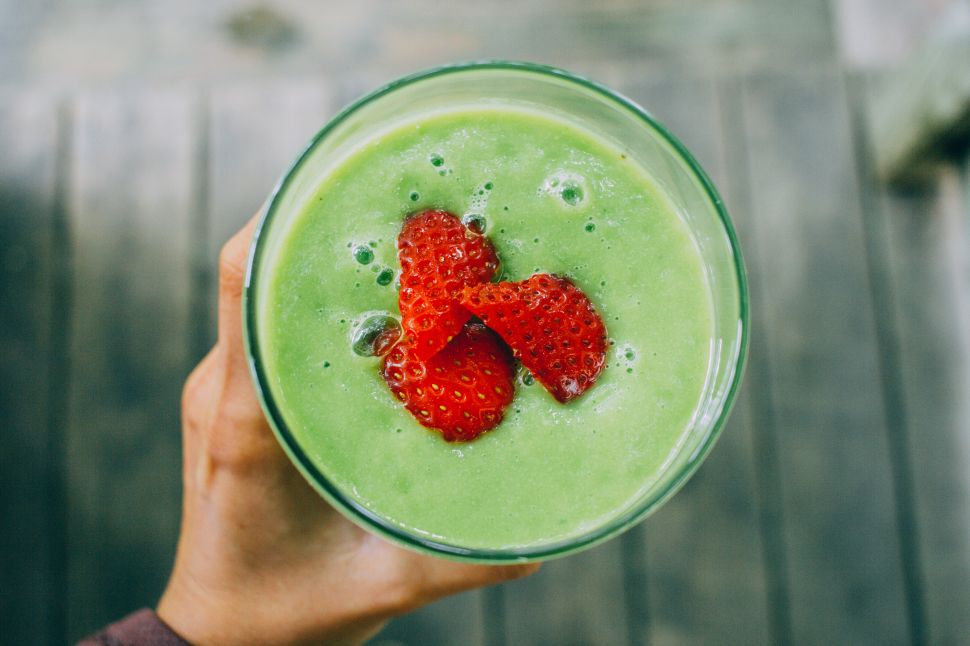