The City Council voted yesterday to approve possibly the largest individual piece of Mayor Bill de Blasio’s plan to construct 80,000 new affordable apartments by 2024—a new 1,665-unit complex to rise in the place of a Bronx development half that size, which will bring with it more than $100 million in ancillary investments to the neighborhood.

The Council’s rezoning vote will allow the nonprofit Phipps to raze its four decade-old Lambert Houses and erect gleaming new towers, complete with retail space, on the site in the neighborhood of West Farms, close to the Bronx Zoo. In the negotiations with local Councilman Ritchie Torres—who possesses informal veto power building code changes in his district—Phipps agreed to invest $300,000 in a nearby park, while the de Blasio administration committed to spending $100 million on the construction of two new elementary schools (one in the development, the other offsite) and to devote $12.3 million to revamping area streetscapes and sewer infrastructure.

These funds come in addition to the estimated $600 million price tag for redeveloping Lambert Houses, in one of the poorest neighborhoods of the city.

A spokeswoman for the city’s Department of Housing and Urban Development called it “another important victory for affordable housing, and for families in New York.”

Torres told the Observer he had also received an nonspecific commitment from the administration to  in a large New York City Housing Authority project closeby. Within the new Lambert Houses, Phipps agreed to permanently reserve 731 apartments for tenants earning 30 percent of the area median income—a figure the federal government sets for the entire New York City metro area—which ranges from $19,000 for an individual to $27,000 for a family of four.

Phipps will price the remaining 934 apartments for people making 60 to 80 percent of the area median income, which will accommodate single tenants earning $38,000 or more and households making as much as $87,000. Current residents will relocate first to temporary apartments within the existing buildings while demolition and rebuilding goes on in phases, then move to a unit in the new development.

Work will begin in January, and is slated to conclude in September 2029.

When construction on the original Lambert Houses wrapped in 1973, the five groups of ribbed six-story residential buildings looked like the future—a vision of a time and place where low-income New Yorkers could live free of the social and structural problems that had plagued the city’s high-rise public housing stock. The planners who designed it received an award from the New York Society of Architects

Instead, according to Torres, Lambert became a trap: for impoverished residents, for the festering affliction of gang violence, for police and first responders answering emergency calls. Newcomers to the complex got lost in its labyrinthine structure, deliberately arranged to enclose open spaces giving onto pathways to the street. Miscreants familiar with the terrain moved in and out with impunity, easily losing any pursuer.

“You can never be sure what building you’re in, or what floor you’re in. It’s like disappearing into a maze,” Torres told the Observer. “”It’s terrifying, actually.”

The absence of store space in the development left the surrounding area desolate, lacking what Torres described as “eyes on the street,” in a quote from famed urban theorist Jane Jacobs. That’s slated to finally change with the more than 61,000 square feet of retail space planned for the new iteration.

“It’s an example of how one urban planner’s dream can become posterity’s nightmare,” he said. “This is a massive opportunity to revitalize West Farms.” 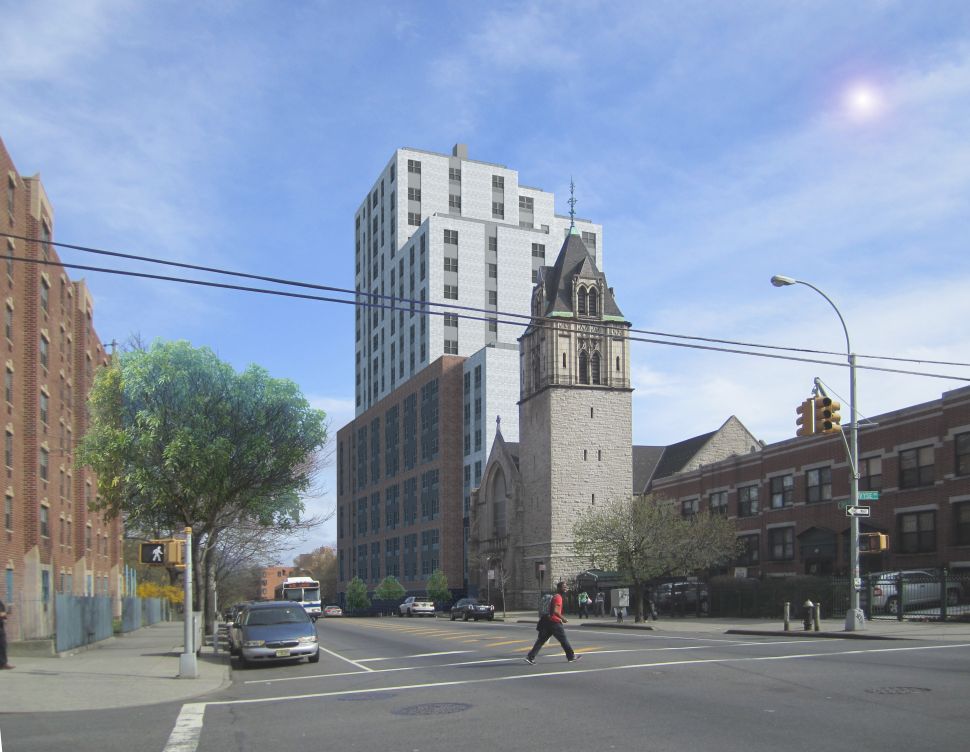