Previously on “A Quick Word From”

I just received your latest draft of Fantastic Beasts and Where to Find Them, and I am extremely confused. Why is there a long personal anecdote about you saving Prohibition-Era New York City? You were supposed to write a textbook.

When we commissioned your work, you agreed to write a comprehensive catalogue of magical creatures. The portions of your book that mention animals are informative and enjoyable, but they are shoe-horned into an evil plot centered around a misunderstood wizard boy. Why did you do this, Newt?

Half of the textbook is about your romantic exploits. How did you think that was ok?  Eleven-year-olds at Hogwarts are going to be reading this. What does Newt Scamander’s love life have to do with Hippogriffs and Bowtruckles? I’m happy you found someone, but that has absolutely nothing to do with Fantastic Beasts nor Where to Find Them.

You also wrote about a goblin speak-easy where there were absolutely no Fantastic Beasts. Cut this part entirely.

Newt, I stuck up for you. No one at Obscurus Books wanted anything to do with you. I said, “Yes, he’s a little odd, and he’s constantly looking down at the floor, but let’s pay for him to travel the world. He seems to really know magical fauna.” You’ve made me look like a real idiot.

I mean, there’s a whole subplot about raising money to open a bakery.  When writing that, did you think, “This is good. This is an acceptable thing to put in an academic work?” Jesus, Newt.

While I admit you did mention a few fantastic beasts, you did not at all mention where to find them. They seem to all be in your suitcase. In your next draft, I expect you to adhere to an encyclopedic format. All entries should look like this:

Magical Abilities
A BRIEF PERSONAL ANNECDOTE, IF NECESSARY (I strongly urge you not to insert yourself into the narrative. That’s bad science.)
Where to Find It

Got it? Also, even if writing an epic story was at all appropriate, the plot was all over the place and the characters were severely under-developed.  Why is there a second romance between a muggle and flapper witch? Additionally, you alternate between the terms “No-Maj” and “Muggle.” This is confusing for the reader. Be consistent.

Furthermore, combining the story of a textbook author with that of historical evil wizard Grindlewald seemed forced and inorganic. Also, in describing Grindelwald, you wrote “Grindlewald (a Johnny Depp type).” Don’t cast the roles you write. That’s bad writing.

Newt, buddy, this is your last chance. Do not let me down again.

P.S. In your notes you mention that Fantastic Beasts was only part one of five. That’s absolutely insane. No. 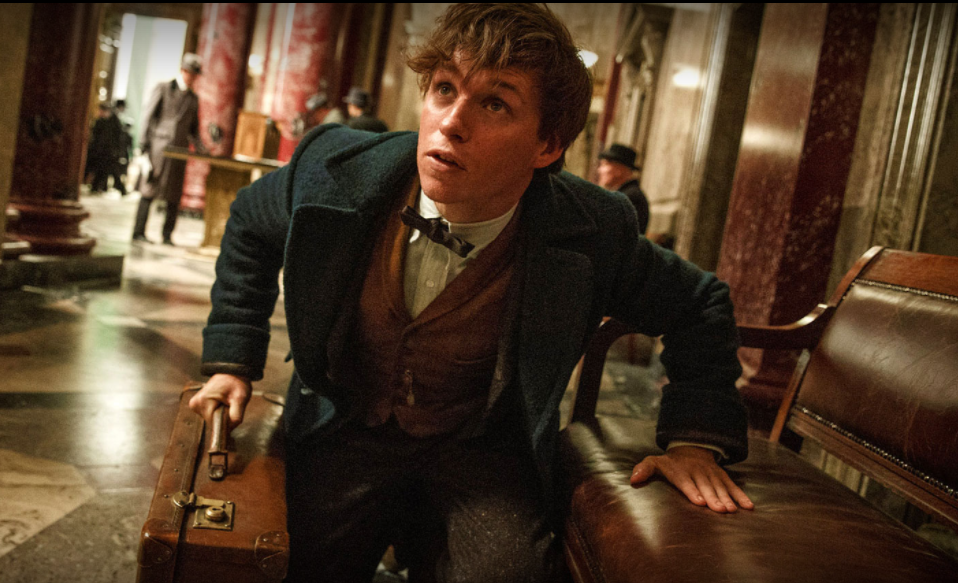 Filed Under: Entertainment, Movies, Fantastic Beasts and Where To Find Them, A Quick Word From, Harry Potter