Pop Quiz: If New York City’s mayor steps down, who succeeds him? The correct answer is the public advocate, and for the record, the current public advocate is Letitia James, a former City Council member from Brooklyn.

James collected a total of 119,604 votes in the Democratic primary runoff of 2013 when she beat State Senator Daniel Squadron. That is just shy of 4 percent of the 3 million registered, active Democrats in New York City. And James’ name recognition should surely have improved since then: After all, the role of public advocate is about self-promotion—if it is about anything at all.

In fact, that is all the job is about. It has no power, a tiny budget and few statutory mandates. The public advocate can introduce legislation in the City Council, but the holder of the office cannot vote in that chamber. She can make appointments to eight different boards, councils and advisory groups—but none of any real consequence. And the office’s budget of $2.3 million annually is not even rounding error in a total city budget of $78 billion.

The office of public advocate was created in 1993 when the City Council voted to rename the position of president of the City Council. That position was purely ceremonial, a remnant of the old City Board of Estimate, which was eliminated in 1989 by Charter revisions after the United States Supreme Court declared it was a violation of “one man, one vote.” No one expected the position to last. But it did, largely because the first two incumbents were capable and ambitious.

Mark Green was whip smart and media savvy; and Betsy Gotbaum a serious, capable policy person and nonprofit leader. Green tried to use the public advocate position as a springboard to run for mayor but lost to Michael Bloomberg. Gotbaum succeeded him in 2001 and won re-election four years later. But she chose not to run in 2009, and Bill de Blasio won a runoff primary race against Mark Green.

Last week, we attended a breakfast where Letitia James spoke. It was a friendly audience with no tough or probing questions. No one asked her about the multiple fines recently imposed by the Campaign Finance Board for violations by her campaign committee during the 2013 race. The fines were not huge but there were lots of them: failing to file disclosure statements, taking contributions form unregistered political committees, accepting over-the-limit contributions, accepting monies from corporations and a handful of minor accounting and transactional mistakes. Less than impressive from a public official trying to portray herself as the people’s watchdog.

Some of James’ policy initiatives are well-meaning, such as promoting better data collection of adoption and foster care statistics and seeking air-conditioned school buses for special needs students. But some of her pronouncements at the breakfast suggested a keener interest in pandering to her constituency than in understanding important realities. She claimed that fare beating was a “crime of poverty” rather than recognizing what 25 years of broken-windows policing has indisputably proven: the correlation of low-level infractions and more serious weapons possession and outstanding warrants.

James may well be a serious person with policy insights and leadership skills. Unfortunately, none of that was readily apparent at the New York Law School breakfast. Instead, attendees were treated to vacuous remarks and a plea for more funding for her office. Claiming she wanted to be the people’s watchdog of city services, she seemed to conveniently forget that two different entities already provide that functions: the Comptroller and the Department of Investigation. Her call for undefined “forensic audits” seemed to emerge half-baked from an unproduced TV pilot: “CSI: City Agency.”

It is time to pull the plug: We really don’t need a public advocate whose principal role seems to be self-promotion and the unspoken hope that the mayor croaks or gets indicted. 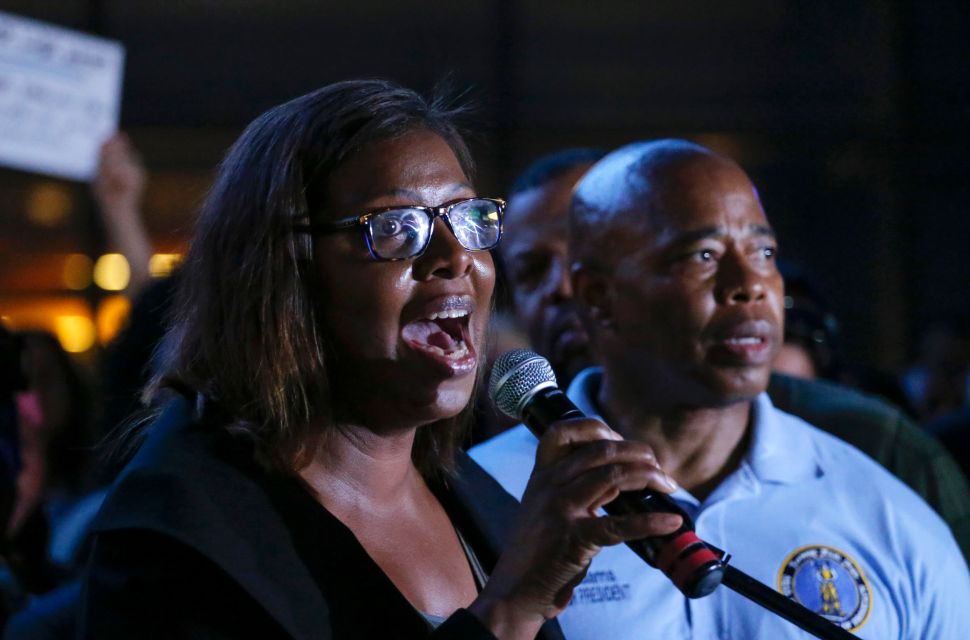