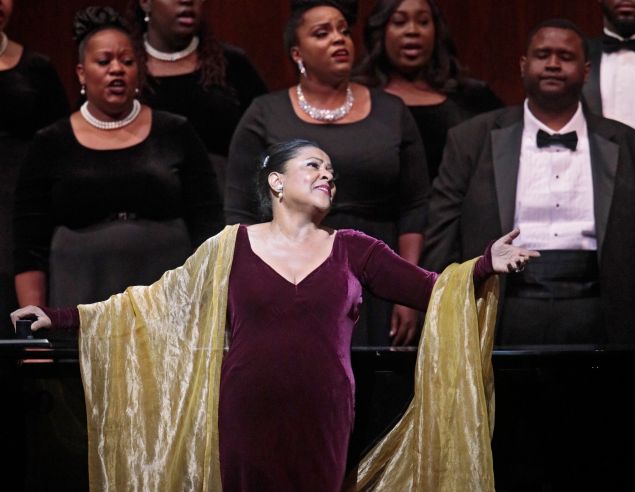 If soprano Kathleen Battle should ever decide to resume her operatic career (something she’s shown absolutely no indication she wants to do) she might be perfect casting for the leading role in Janacek’s fantasy The Makropulos Case, a diva who has discovered the secret of everlasting youth. During her 22 year hiatus from the stage of the Metropolitan Opera, ended Sunday afternoon with program of spirituals there, time has stood still, or at least moved very slowly indeed.

The 68-year-old soprano retains almost all of the silverly beauty of tone of her small but intense lyric-coloratura. Again and again in the the three hour long program her voice shimmered and soared above the staff in the ornate but elegant flourishes she inserted into the simple spiritual tunes.

But this program, entitled “Underground Railroad: A Spiritual Journey” amounted to far more than a sheer display of vocal glamour. With the assistance of a choir and guest artists including Cicely Tyson and Wynton Marsalis, Battle crafted a program far more politically charged than the Met’s production of Rossini’s Guillaume Tell, which closed the day before.

It may be purely fortuitous that Battle’s very first number, the plaintive “Lord, How Come Me Here?” took on such resonance with the capacity audience. But to New Yorkers only beginning to recover from the startling election results of the week before, Battle’s wailing of the lyric “There ain’t no freedom here, Lord. I wish I never was born. . . . They treat me so mean here, Lord. I wish I never was born” sounded like the mourning of an entire nation. The Met’s vast auditorium fell into a rapt silence broken only by the sound of stifled sobs.

The program advances the thesis that the development of the spiritual was closely tied to the Underground Railroad’s mission of liberating the enslaved. As such, the mood of the songs performed gradually became more hopeful and finally joyously determined, as Battle and company closed with the civil rights anthem “Ain’t Gonna Let Nobody Turn Me ’Round.”

While dozens of moments of Battle’s vocal filigree stay in the memory, some of the most striking moments included no music at all. Before singing “Mary Had a Baby,” the soprano picked up a microphone and announced gravely, “For Tamir Rice.” Later, a narrator spoke a quotation from Harriet Tubman, “I freed a thousand slaves. I could have freed a thousand more, if only they knew they were slaves,” sparking the kind of cheering, stamping ovation you usually hear at the Met only after a tenor has sung a high C.

After a long series of encores, including a singalong of “Lift Ev’ry Voice,” Battle ended the program quietly and simply with “Over My Head, I Hear Music in the Air.” The final line of that hymn is a gentle reminder that Battle’s program expressed movingly and artistically: then or now, no matter how bad things seem, “There must be a God somewhere.” 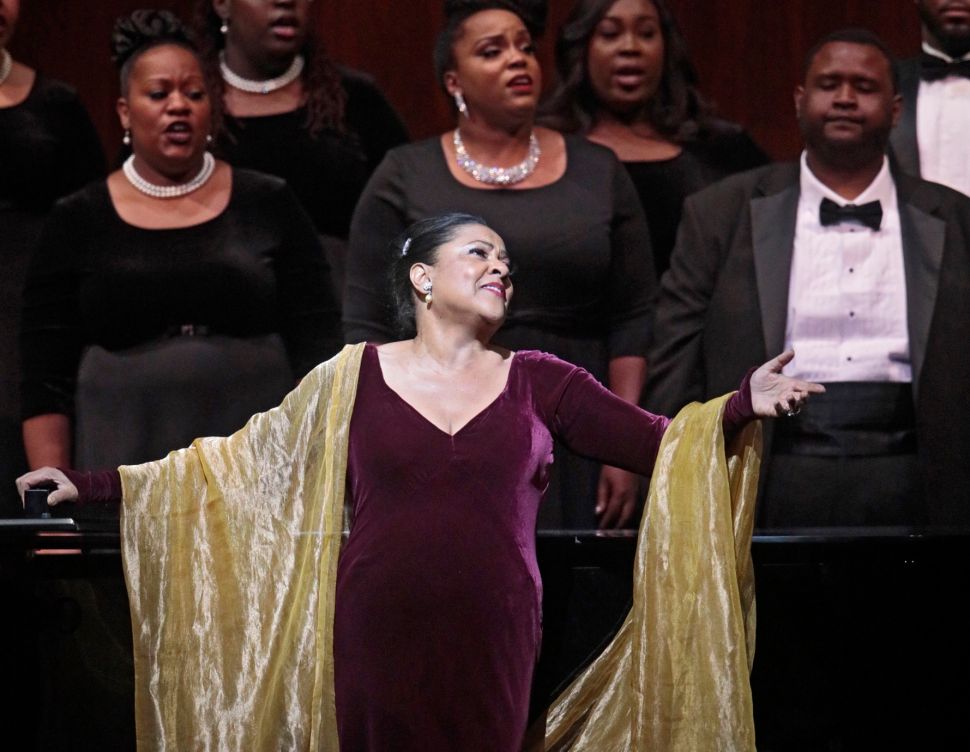