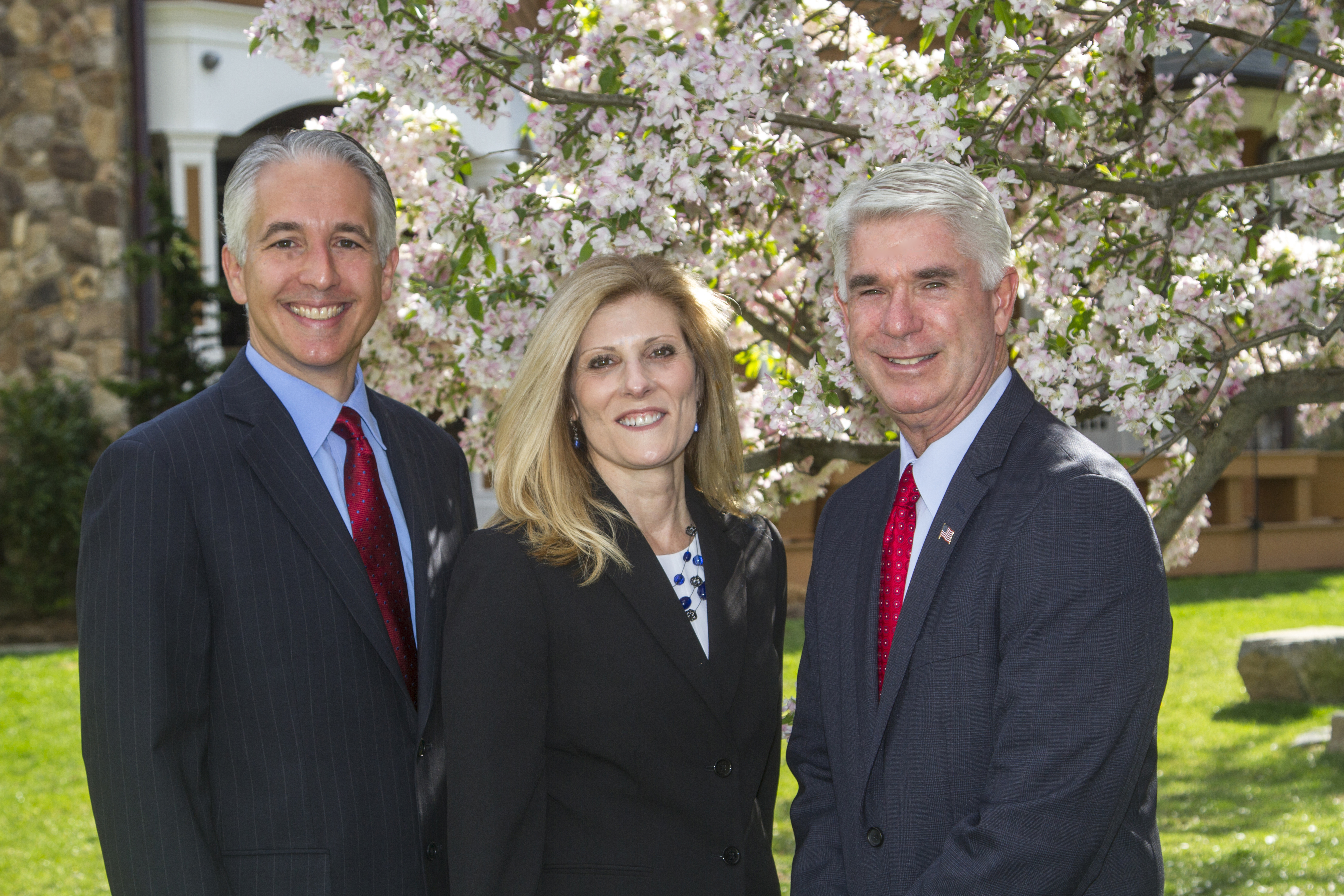 DePhillips, Corrado and Rooney say they will move into 2017 as a unified team. Photo courtesy of Corrado, Rooney, DePhillips

There was a bitter battle among north Jersey Republicans after former legislative district 40 Assemblyman Scott Rumana resigned from his position in order to become a judge in the county’s Superior Court. With only 35 days to fill the vacancy created by Rumana, a race quickly developed in order to name Rumana’s successor. Battle lines were drawn behind the candidates before Tuesday’s county committee vote named Wyckoff Mayor Kevin Rooney as Assemblyman-elect in the district. 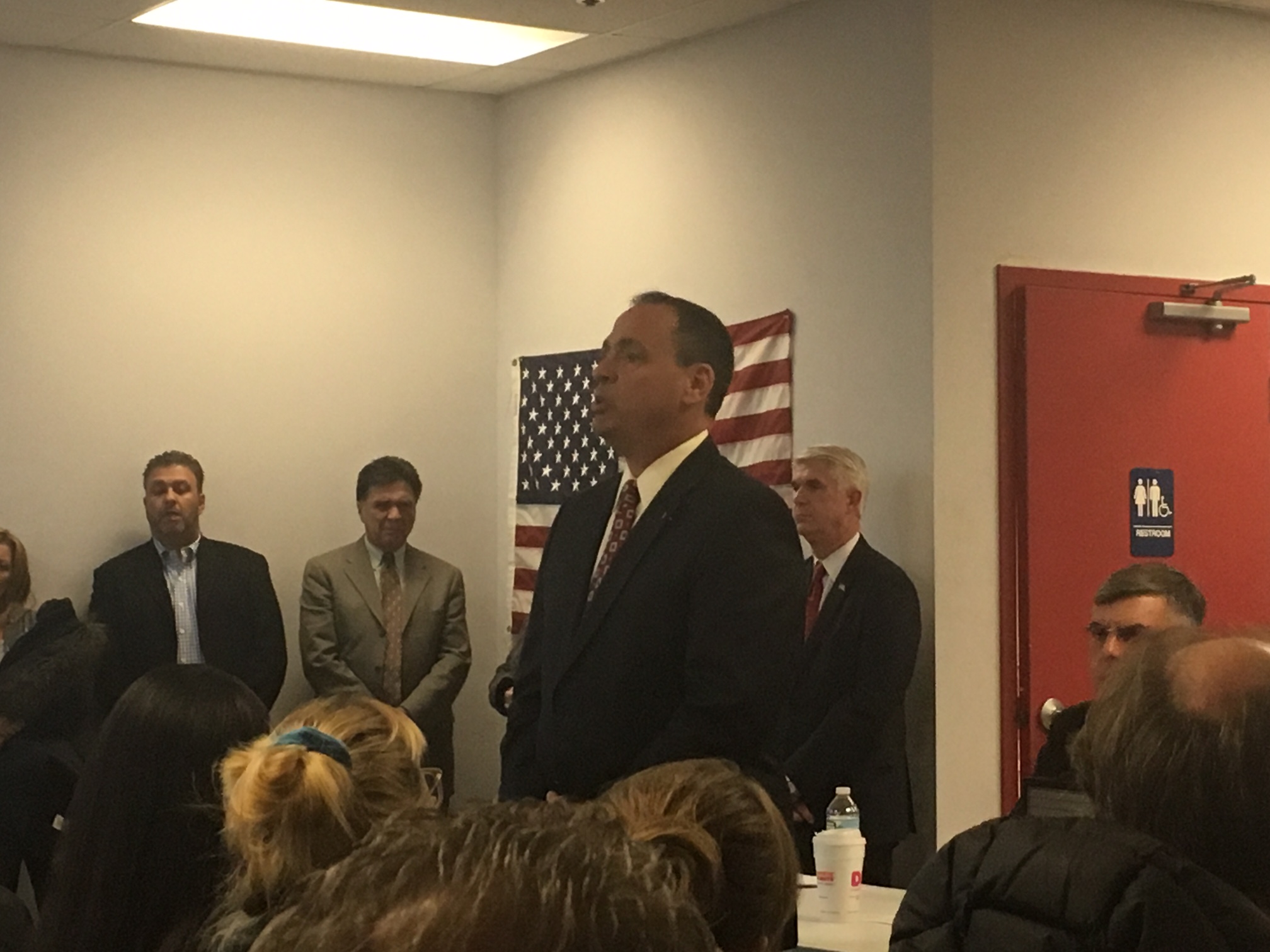 Marotta had the support of three out of four county Republican chairmen. (Photo: Alyana Alfaro for Observer)

While Rooney came out the victor, he faced Wayne Republican leader Michael Marotta and Bergen County Freeholder Maura DeNicola in his pursuit of the position. Due to Rooney’s association with Passaic County Republican Leader Peter Murphy—who many in the district dislike due to associations with Democrats—three of the county chairman in the district backed Marotta for the vacancy.

With Rooney poised to enter the 2017 election to the assembly as an incumbent, how can Republicans from the district heal following the bloody battle for the vacancy? Will there be a primary race despite Rooney’s incumbent status?

According to State Senator Kevin O’Toole, a Rooney supporter, there will be an uphill battle in the district in the coming months. The hubbub in district 40 began in January when O’Toole announced he would be retiring after his term. After that announcement, Rooney along with state senate candidate Kristin Corrado and assembly candidate Chris DePhillips declared that they would be running in 2017 as a unified slate.

“I think it has got to be less about the party leaders and more about the general constituents,” O’Toole said. “In the face of overwhelming opposition…for Kevin to come out of there it just tells you how strong and widespread Kevin’s support is.”

O’Toole said that Rooney’s election on Tuesday bodes well for his slate overall in the 2017 election. O’Toole said that the team is strong enough to withstand the potential bitter primary they face in the coming election.

“In a primary if that is where they are heading, between Corrado, Rooney and DePhillips, they are going to have an unstoppable team. I think with the three incumbents leaving, we will turn the page and need new party leaders. I think this is the perfect mix,” O’Toole said. The senator also mentioned that because DePhillips and Rooney are from Bergen County and Corrado is from Passaic, the slate provides important representation in the diverse district. 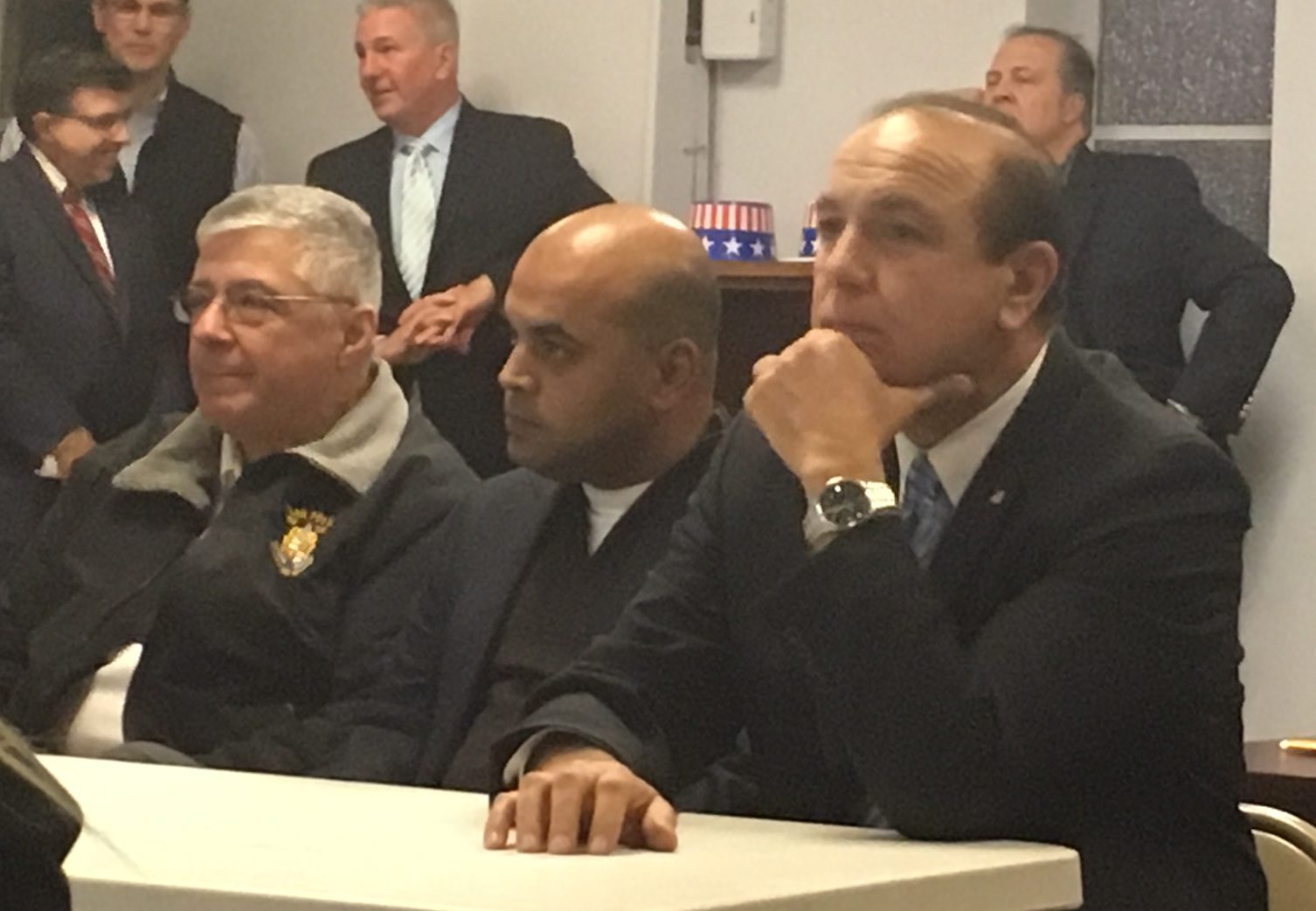 According to DiGaetano, it is too early to know what will happen leading up to the June 2017 primary for the position Rooney currently holds.

“We accept the result,” DiGaetano said of Tuesday’s election of Rooney. “If you are asking me if there is going to be peace in Passaic County because of this I don’t know but I doubt it. As the Bergen County chairman… I have already congratulated Assemblyman-elect Kevin Rooney and we will see what he does going forward and looking to work with him if he chooses to do so.”

DiGaetano has long been rumored to be eyeing the senate seat Corrado has already laid claim to as a member of Rooney’s slate. While the Bergen chairman would not comment on his interest in the seat, he did say that a primary was a possibility in district 40.

“In my memory—and that goes back to the mid-eighties—I don’t recall ever there being slates selected as this one was,” DiGaetano said. “I can’t predict what happens in the future but if Kevin Rooney’s election to this vacancy is his affirmation that he is going to run with this slate, I think it may make the June primary somewhat complicated. That is going to be determined some time in the spring and Kevin Rooney will decide to seek the line and party endorsement on his own or with a slate. If he seeks it with a slate, it certainly would complicate matters.”

After his election on Tuesday night, Rooney said that the slate plans to stay together regardless of what happens in the next few months.