Gov. Andrew Cuomo and Assembly Speaker Carl Heastie—the two most powerful Democrats in Albany—escalated their feud over a proposed salary bump for state legislators tonight in a pair of dueling press releases, which found Heastie accusing the governor of holding the State Legislature hostage and of disseminating misinformation.

For more than two weeks, the governor and State Legislature have bickered over the possibility of giving lawmakers their first pay raise since 1999, ever since Cuomo’s appointees to the Commission on Legislative, Judicial and Executive Compensation blocked the increase at a meeting earlier this month. The governor’s members representatives on the panel demanded that legislators concede to a number of his proposed reforms, including new caps on political contributions and changes to the state constitution that would impose term limits on lawmakers and place a ceiling on their non-government income. The Democratic Assembly and Republican-run State Senate both took umbrage at these conditions, and the former is reportedly preparing to convene a special session in the capital to authorize a new pay commission to review the matter again.

In a statement blasted to reporters at 7:43 this evening, a Cuomo spokesman insisted the governor was in negotiations with the State Legislature to address a number of concerns, such as disbursing affordable housing funds, financing a state police hate crimes unit and voting to put his proposed constitutional amendments before a public plebiscite.

“The governor is most interested in having the people’s business attended to and believes if there is to be a special session the legislators should do more than merely reauthorize a committee to consider their pay raise,” said Rich Azzopardi, enumerating a host of subjects the two branches of government were supposedly discussing. “The governor and legislative leaders have been discussing issues that could be reviewed in a special session.”

Less than an hour later, Heastie fired off a release disputing and mocking the governor’s claims.

“I have no idea who the governor is speaking to about these issues, but it certainly isn’t me. The governor is entitled to his wish list about how he wants to see the world, but the legislature is a co-equal branch of government and must be respected,” the speaker said. “As I have said many, many times, we are simply not going to trade a pay raise for any piece of legislation. That is wildly inappropriate and I cannot be any clearer on this subject.”

At present, the State Legislature functions as a part-time body, in session from January until June. Members of both houses earn a salary of $79,500 annually, plus per diem reimbursements to compensate for travel and lodging expenses. They also may draw outside income, often through personal law firms.

This latter practice became the subject of considerable controversy after the arrest and conviction of Heastie’s predecessor, Sheldon Silver, one year ago. A federal jury determined that the once-feared former Assembly speaker had enriched himself through the subtle subterfuge of referral fees, having arranged state favors for individuals and organizations that agreed to utilize a pair of law firms that paid him.

The governor’s proposals would extend the state legislative session through December, extend terms for from two years to four years and prevent lawmakers from serving more than eight years. Cuomo also wants to restrict outside income for state senators and Assembly members to something like the $27,500 allowed to members of Congress.

For a constitutional amendment to go through in New York, it must first gain the approval of legislators voted into office in two consecutive election cycles, and then that of the public in a November ballot referendum.

The current State Senate and Assembly won their seats in 2014 and came up for re-election again earlier this month, so they could hypothetically pass the governor’s changes in a special session this year—then do so again next year.  The amendments would subsequently go up for a popular vote in 2017.

But State Senate Majority Leader John Flanagan, a Republican usually in sync with Cuomo, has echoed Heastie’s objections to trading money for votes.

Term limits tend to disempower the legislative branch relative to the executive, as the latter controls state agencies, with their experienced and entrenched bureaucracy. This realignment of influence would leave comparatively callow legislators checking and regulating the activity of highly knowledgeable  technocrats under the governor’s command.

The City Council voted to raise its pay to $148,500 this past February, which has left a number of Albany lawmakers eyeing a run for local legislature next year. Azzopardi acknowledged this lustful gaze in his statement, but noted that Council members face strictures similar to the ones Cuomo has demanded for the State Legislature.

The governor enjoys an annual salary of $179,000 a year, and no term limits. Cuomo has announced his intention to run for re-election again in 2018, a plan that may face complications after a federal grand jury indicted a raft of his closest former aides and donors on corruption charges last week. 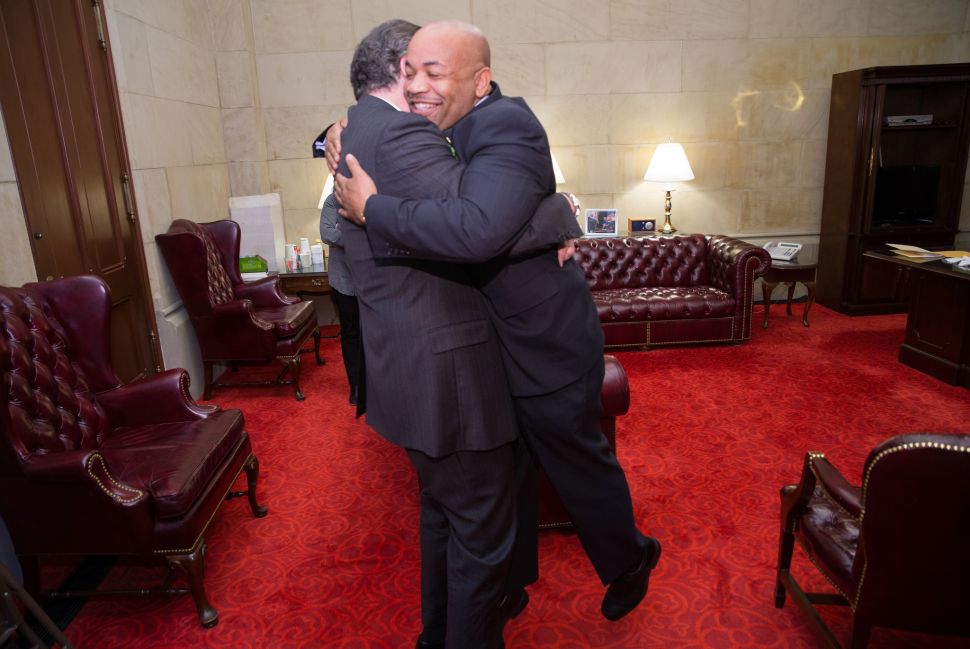