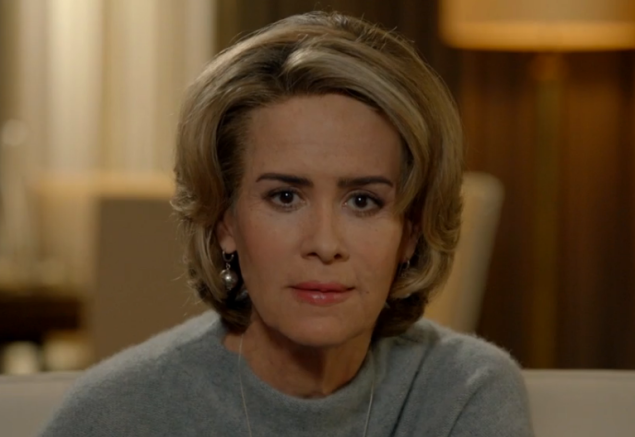 “It’s always been about Flora,” Lana Winters says, staring right at the camera, at us. In the end, that’s all we really needed to know.

American Horror Story: Roanoke, typically, has been a mixed bag. The performances, as ever, were sharp, ridiculous, and on-point. The writing was messy, the character motivations messier (and, obviously in some cases, completely nonsensical). Atypically: the horror was fantastic, the story was coherent, and the twists were earned. This has been a shot in the arm for a popular but creatively floundering show, and we can only hope this season represents lessons learned.

There have been smart, pointed meditations on identity, race, and performance that the show unnecessarily and unfortunately felt it had to underline and point out to us, but nevertheless represent a growth in Murphy and Falchuk’s storytelling. Long may they reign, until season 7 is inevitably an unmitigated disaster set on the Titanic or some shit.

So: let’s get down to business. It’s finale time, and Lee’s the last woman standing from Return to Roanoke. We first get a neat little flashback to Paleyfest (author’s note: lol) with the entire cast from My Roanoke Nightmare. There are some fun character beats employed that, with hindsight, work really well. Someone screams “I love you!” to Shelby, who bashfully plays it off. Audrey interjects: “Are you sure it isn’t me you love?”. Then there’s Agnes, poor Agnes, who just wants to talk about The Butcher, gets shut down by the interviewer, and looks extremely wounded. Rory tells us “I see the full spectrum of color” then runs into the audience to give someone a hug, which is a very Rory move. The scene functions as little but another reminder that My Roanoke Nightmare as a huge success, as well as giving the season six cast a final, in-character swan song. It’s nice to see the gang back together, even for a minute.

Episode ten jumps from format to format. This has been a very modular season in terms of story arcs and filming approaches, so it’s only appropriate the finale dials it up. We find out Return to Roanoke did in fact air, and there’s now iron-clad video evidence linking Lee to not one, but many murders. She gets off in a lazy but perfectly American Horror Story way: evil magic weed. See, all that pot the Polks were smoking make you crazy, and along with the footage of Lee being endlessly tortured and abused, the jury couldn’t in all good conscience convict her.

Then there’s the murder of Mason, which also gets thrown out after Flora’s eyewitness testimony (which would NEVER be allowed in a trial like this for all manner of reasons) crumbles with the revelation she still believes in, and sees her ghost friend Priscilla.

All this leads to Lee being a free woman, albeit a celebrity pariah on par with Casey Anthony or–whisper it–O.J. Simpson. A woman who just wants the nightmare to be over, be with her kid, and finally live her life.

Naturally, when the offer for Lana Winters to interview her live, she accepts. Having turned down the likes of Diane Sawyer and Barbara Walters, Lee feels a certain kinship with Winters, who went through a personal horror trauma, too, and ended up killing her own son. It’s been a while since I’ve seen Asylum, but Paulson is terrific in her third role of the season, bringing back Winters’ arrogance, vulnerability, and occasional eye for drama, which comes into play when she reveals to Lee that Flora was reported missing an hour before the show started taping, and she’s hoping to wring a confession out of Lee, who naturally looks like the guilty party.

Unfortunately, this scene, anchored by two powerful women giving serious performances, isn’t given the room to breathe that it should get, as the final Polk arrives and starts shooting up the place. I get that we have to wrap things up, but the weight of the interview would have landed harder with even five more minutes screen time. Isn’t that a perfect metaphor for even the best American Horror Story episodes? Things are running smoothly, everyone’s doing their job, then some maniac has to burst in and scatter random shit everywhere.

Lee takes off, on the lam to find Flora. Obviously, events coalesce that she finds herself back at the Roanoke house on the night of the Blood Moon, running into the Spirit Chasers along the way (is anyone keeping track of all the pitch-perfect fake shows we’ve seen this season?). With them is Ashley Gilbert, best known for his role as Cricket Marlowe in My Roanoke Nightmare. It’s a delight to have Leslie Jordan back, even for a moment. He’s dispatched pretty quickly by the Piggyman, along with the rest of the Spirit Chasers who fall victim to the Chens, the Butcher, and the “MURDER” sisters in a quick “who’s who” bloodbath of this season’s villains (no feral Edward Mott ghost though :().

Finally, Flora reappears, intent on dying and staying with Priscilla, ostensibly to live in the woods and protect her from the Colonial ghosts roaming the land. “You can’t grow big and strong” in the woods, Lee tells her. “I can if I’m like her” Flora replies.

And so, it comes down to Flora: a character forgotten by her family in the shuffle of a horror story, a murder plot, and a reality show. A character who’s only connection to love, loyalty, protection, comes via another lonely soul. It’s earned, and only a little bit heartbreaking, and it changes the complexion of episodes we’ve watched before. Where the “missing child in the woods” story may have seemed contrived, trite, it’s now a haunting origin story.

Of course, Lee can’t allow this, and offers to take her place, cursing herself to forever roam the land with Priscilla, protecting her–and giving her daughter the life Lee now knows she’s incapable of providing. This year, American Horror Story has been as big and as loud as ever. But its final, somber note, is the one that hits hardest. In the end, it really was all about Flora. 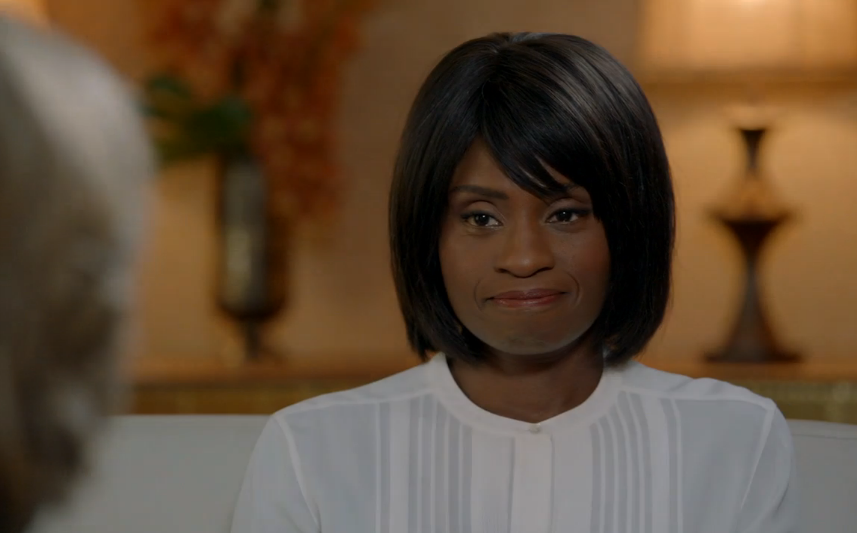