After a couple of rip-roaring episodes that threatened to make American Horror Story, y’know, kinda decent and scary, it’s business as usual here. Episode eight is a slow hour spinning its wheels, doling out the blood and death, but not providing much in the way of forward momentum. Its reliance on heavy gross-outs and strong character beats lead to what has to kindly be called a mixed bag

BUT let’s start where we left off last week: Dominic and Shelby’s siege at the hands of the Roanoke colony. It’s a tight, fast cold open that threatens to run almost too briskly, since there are some alternating moments of emotional heft, and confusing weirdness. The Butcher’s silent glare is a nice touch, compared with Agnes’ fire and brimstone, verbose portrayal. So far, in killing her disciple and ordering a siege, the Butcher hasn’t uttered a single syllable, and is all the more threatening for it.

After Lily Rabe’s MVP turn last week, she only gets a couple of moments this time around to shine, but her hopeless despair is even more ingrained now, and the sight of Matt in the basement just about seals the deal for her: she’s not getting out this time. The sudden appearance of the wall-crawling Chens (remember them? I sure did. I swear.) does little except offer a creepy image for us to smash-cut to the title card over, but does end Dominic and Shelby’s quest for freedom prematurely: they’re trapped good and proper.

Over at Polk Farms Inc., there’s more doom and gloom; with Monet and Audrey continuing to be force-fed poor Lee, who is still strapped down and having bits cut off her at will. There’s not muuuuuuch of a reason for the Polks to be doing what they’re doing. Their actual alliance, or lack thereof, with the supernatural beings of Roanoke hasn’t been properly cleared yet. If anything, they just seem to be torturing these women for the hell of it. “If you ain’t Polk, you ain’t people” is the family motto. I’m all for encouraging strong familial bonds but c’mon guys, get stoned on your huge stash and eat bugles like us normal folks.

The broad-strokes cannibal hillbilly thing really doesn’t do it for me, and it’s hard not to see this as a deliberate move, given Frances Conroy’s thoughtful, intriguing, dark turn as Mama Polk in episode five. The writers know they’re indulging every last lazy horror trope with the Polks, and whether that’s going to come into play for some reason remains to be seen. This is American Horror Story after all. We’ll probably never hear from ‘em again.

The real meat of this episode (sorry, sorry) belongs to Lee, who, in her video confessional to Flora, reveals she DID kill Mason. It’s a neat reveal that gives retrospective weight to Monet’s performance in My Roanoke Nightmare (who deliberately portrayed her as the murderer from the offset) and makes Adina Porter’s softer portrayal as Lee all the more interesting, too. Despite this information, we’re still kind of rooting for her to get out of this. When she’s finally able to escape, by seducing the youngest Polk in a nasty, uncomfortable scene, she immediately heads to help Audrey and Monet.

So yes, there’s some nice character work in here, and at this point my money is so firmly pinned on Lee as The Survivor that I’m wondering if it’s supposed to even be that big a mystery at all. She’s been through the most, and has the most to answer for in the “real world” when the nightmare is over a second time.

If Adina Porter’s performance has her the nailed-on favorite to survive, it’s only natural Dominic wasn’t long for this world. Gooding does the best he has with what he’s give by the writer’s, but his motivations, and expression, never extends much further than “MORE FAME”. His death at the hands of the Pig-Man is no real surprise, but Shelby’s death is more unfortunate, and tragic.

Locked in the bathroom, under attack from all manner of ghosts and ghouls, with Matt lying dead in the basement, all Shelby’s monster-chickens are coming home to evil-roost, and she’s just… had enough. Allowing Dominic to soother her Of Mice and Men–style with stories of her own yoga studio, she calmly slits her throat, horrifying, but demonstrably not terribly surprising Dominic. It’s a fitting, and more tender end than most in Roanoke get. We might get a few vengeful spirits in the form of Matt or Mason later on, but I’m pretty sure Shelby Miller has found her peace.

The episode ends on yet another twist-cliffhanger. Audrey and Lee decide to go back to Polk Farm to get the footage of them killing Mama Polk (very sneaky, Lee). As they open the front doors to the house, the Pig-Man appears once again. A quick, ineffective bash to the head with a crowbar later, and he’s revealed to be none other than “Gilligan” (Wes Bentley), the actor who played The Butcher’s son in the reenactments. Is this a posthumous Sidney ploy, or something stranger? Find out next week or maybe three years from now! 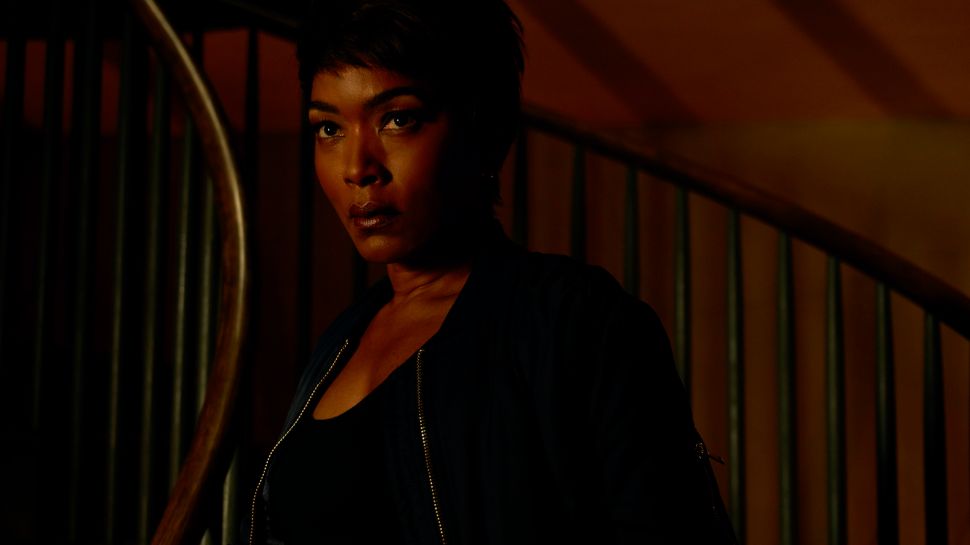