ATLANTIC CITY – Gradually the body resumes its natural shape, but that silly putty spiritual sensation lingered among those Democratic lawmakers who felt a little like so much decomposing roadkill last week when Hillary Clinton lost the presidency to Donald Trump.

As part of the League of Municipalities Conference, they showed up at a Women on the Move event last night at Harrah’s hosted by Assemblywoman Shavonda Sumter, Assemblywoman Valerie Vainieri Huttle and Assemblywoman Angelica Jimenez. Assemblywoman Eliana Pintor Marin stood in for state Senator M. Teresa Ruiz, who had a baby earlier this fall.

In a dead on  arrival city that Trump himself evacuated in favor of balmier financial climes, some drunken faces hovered in the crowd, trying to chalk a likely permanent condition up to the aftermath of the prez race.

“It’s just absolutely awful,” an insider wailed at close range, before hunkering in to party animal mode. PolitickerNJ saw him guffawing at a bar a half an hour later, as if he were having the time of his life.

Overall, Trump’s triumph seemed to produce little articulation of an agenda going forward other than a transmogrification of feelings for the fallen Clinton into fervor for rock star newcomer Phil Murphy, the establishment Dems’ choice for governor.

“I met Phil Murphy,” was the most commonly uttered phrase, sometimes offered in response to a question about the results of the presidential contest, as if the name itself and up close and personal proximity to the next center of power produced the same effect as ingested anesthesia.

“It’s bad for the party,” said Stellato, all around him a sea of mental dilapidation as party-goers stampeded the bar.

Stellato with the microphone in his hand spoke openly about Sumter as a candidate for lieutenant governor, which sources continue to say is real, the consequence of Murphy world kissing the Currie ring. Sumter’s the state chairman’s literal and political goddaughter.

She and Currie may have to fight for the spot, however.

A source told PolitickerNJ on the way out of the fiesta that rival bosses want Murphy to select Speaker Sheila Oliver (D-East Orange) as his running mate. The biggest Democratic county in the state, Essex to date has an empty stocking amid all the goodies going to different counties (a speakership here, a senate presidency there), and an Oliver LG candidacy might be that face-saver for the always entitled Essex. A third potential challenger for the position, Perth Amboy Mayor Wilda Diaz, just put up pinball numbers in her reelection to a third term and has a handful of fierce allies insisting she get a good look-over by Murphy world.

Notably present in the mash of bodies around the speakers was Assemblyman Criag Coughlin of Woodbridge, widely regarded inside the game as a virtually nailed down successor to Speaker Vincent Prieto of Secaucus. 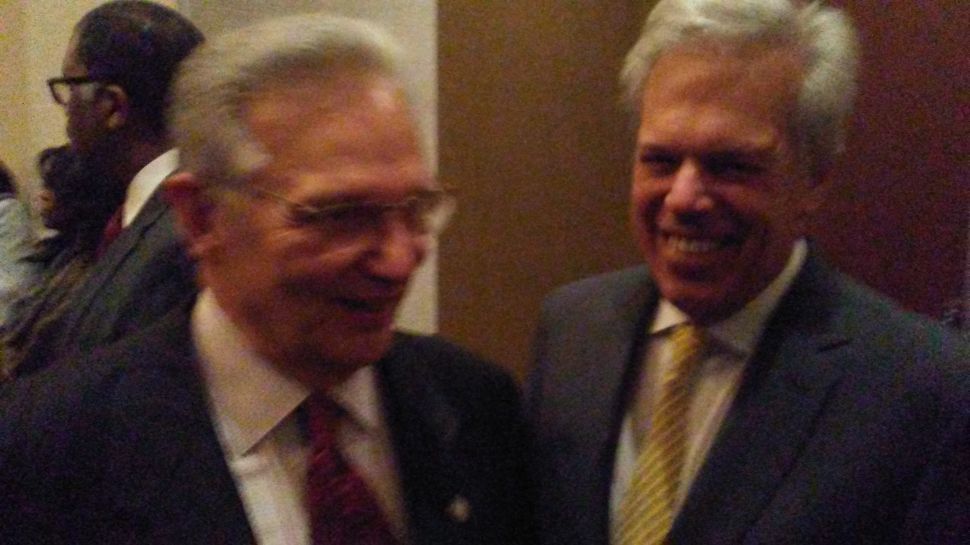