Donald Trump has become president-elect, the four horsemen have been heard riding, and all of the prophets of doom are issuing their proclamations.

Well, that’s what you’d think was happening if you inhabit any kind of liberal space. By Australian standards (where I live) I’d be considered a liberal, and we’re significantly to the left of the U.S. on a bad day, so you’d think I’d be horrified by a Trump victory. I don’t have any skin in the game thankfully, so it doesn’t worry me either way. What I have found interesting, however, is the continued wailing and cognitive dissonance from liberals as to why and how Trump was able to win the presidency from Hillary Clinton.

I’m not here to analyze the win, or exit polling, or anything of that nature. I’m here to talk about a particular phenomenon that has obviously had a significant impact on this election and elections around the world. That is the propensity of those from the liberal side of politics to be self-righteous, condescending, and constantly lecturing anyone who disagrees with their point of view. I’m liberal, and I can’t stand reading or listening to it myself. Liberals especially seem to have this narrative going on in their subconscious that says “I’m a good person who is tolerant of everyone—respectful and progressive in my beliefs. I vote for X candidate because of this. Therefore, anyone who votes for someone else is the opposite of me and bad.”

Don’t tell me that’s an oversimplification. Judging by the rhetoric I’ve read since the election, the vast majority of the liberals believe that Trump only won because he empowered racists, misogynists, and bigots; that white women voted for him to keep their privilege, disregarding minorities. It’s inconceivable to them that a large number (even a majority) of people voted for Trump for reasons that didn’t include a hatred or intolerance of others. That, perhaps, they voted for him in spite of those things. Believe it or not, there are a number of well-written pieces out there that actually researched middle America, and detail several very valid reasons that people voted for Trump. Most liberals probably didn’t read these pieces (or even worse, read them and disregarded them), and here is where we come to the point: A lot of liberals are stuck in a bubble, and that bubble is of their own making.

Over the last decade or so I have seen it time and time again: an article is posted on a neutral or liberal-leaning site. Commenter shows up with respectful disagreement, commenter is lectured and spoken down to by one or more liberal commenters. Liberal commenters proceed to act in all the ways that they proclaim to be bad form: denying another’s experience, cherry-picking their own facts while disregarding those brought up that are conflicting, and throwing in their own special shutdowns such as “check your privilege.”

“Check your privilege” quiets any conversation. It is the most hypocritical thing a liberal can say, because it tells someone they don’t have a right to their point of view because of who they are, their skin color, their gender and so on. All the things they claim to decry.

So what happens when you’re trying to have a discussion with someone, and put your point of view across, but all you get are silencing, accusations of misogyny, bigotry, or worse?

You stop bothering to have such conversations.

This is how liberals created the bubble. They shouted down anyone that didn’t completely agree with their point of view, and drove them out of their spaces. Unfortunately for the left, they drove off many people who would have been more like them than not, but because they didn’t swallow the whole bottle of Kool-Aid, they were effectively excommunicated. After being lectured and shouted down for so long, a large amount of Americans stopped bothering to talk—until they got to the ballot box on November 8. At the ballot box there’s no one to lecture you, no one to tell you how to vote. Hell, you can stay in there all goddamn day and no one can tell you to get out. The ballot box is the perfect chance for people to have a voice without repercussions, and in the election of Trump, they took it.

Liberals didn’t see it coming, because they didn’t want to listen to anyone except the people in their own echo chamber. They were so busy talking about what they believed to be the big problems in the world that they didn’t know or care what the rest of America believed.

The ballot box is the perfect chance for people to have a voice without repercussions, and in the election of Trump, they took it.

This is a perfect example of the current liberal point of view: tolerance and respect for diversity is everything—unless it’s something that liberals don’t like. Then you’re the enemy. Expect to be smeared with whatever label they deem appropriate, and written off as a terrible human being. It’s also become clear following the election that white men are tired of being pariahs—not in society, but in discussion with anyone on the liberal side of politics. If you’re a white guy on the liberal side of things, you either need to be apologetic for the fact that you even exist, and meekly concede that you have privilege over everyone, or you’re not welcome. Unfortunately for liberals, white guys make up a sizable portion of the U.S. By excluding their opinions from your conversation, because they happen to be white men, you’ve effectively cut off your nose to spite your face.

Liberals, this is a real learning opportunity for you. If you want the Democrats back in power in four years time, you must do something: listen to alternative points of view. Because here’s the thing, there are a lot of people out there who are good, decent, and kind human beings. They may hold a view that you don’t like, but this doesn’t make them the enemy. I’ve had conversations with such people who happen to oppose gay marriage, but the last thing I’m going to do is start calling them homophobes. Instead, I’m going to probe their thoughts, and their perspective, because I want to know why they think that way. Attacking them solves nothing.

We have a political party here in Australia called One Nation. They’re on the extreme right, however if you get past their racist and often bigoted rhetoric and look at a lot of their policies—the ones trying to protect ordinary jobs and prosperity for people who aren’t wealthy, they are quite sound, even logical. Those on the left practically clutch their hearts at the mere thought of these people existing, but the reality is that a lot of intelligent, decent people voted for them. The real scandal is that the people who hate them so much never stop to ask why. They don’t care to speak to the people who support them or probe their reasons, instead they’ll merely begin a monologue on how horrid they are, and that no intelligent person could vote for them. Again, that just forces people underground. They won’t bother talking about it, they’ll just cast their vote for the extreme candidate, leaving those self-congratulatory liberals wondering how the hell this could have happened.

If you’d like a perfect example of the typical lecturing you get from arguing with liberals, take a look at this clip from an Australian news panel show that aired just after Trump won office.

See how the male panelist makes a point, and instead of addressing the content of his point, the female panelist goes into a rant about the semantics of how he said it. He rightly points out that people are sick of being lectured, and instead of addressing it, he’s told to “watch his tone.” My jaw hit the floor at that point. The female panelist gets a free pass to rant, but when she is rightly called out, apparently tone becomes an issue? And this is where the hypocrisy of liberals shows in the worst sense, when people make valid criticisms and arguments, all of a sudden the goalposts shift. Check your privilege, watch your tone, and on and on it goes.

I’m fully aware of the irony of writing a scolding, lecturing piece while decrying the act of doing just that. Liberals, what you’re feeling now is the feeling you gave to so many people that they voted Trump into office. It’s not enjoyable being on the receiving end, is it?This is your legacy right now, and the reason the GOP controls all three branches of government. If you want the Democrats to be back in power in two years time, or in four, or even in eight, you best change your strategy now. 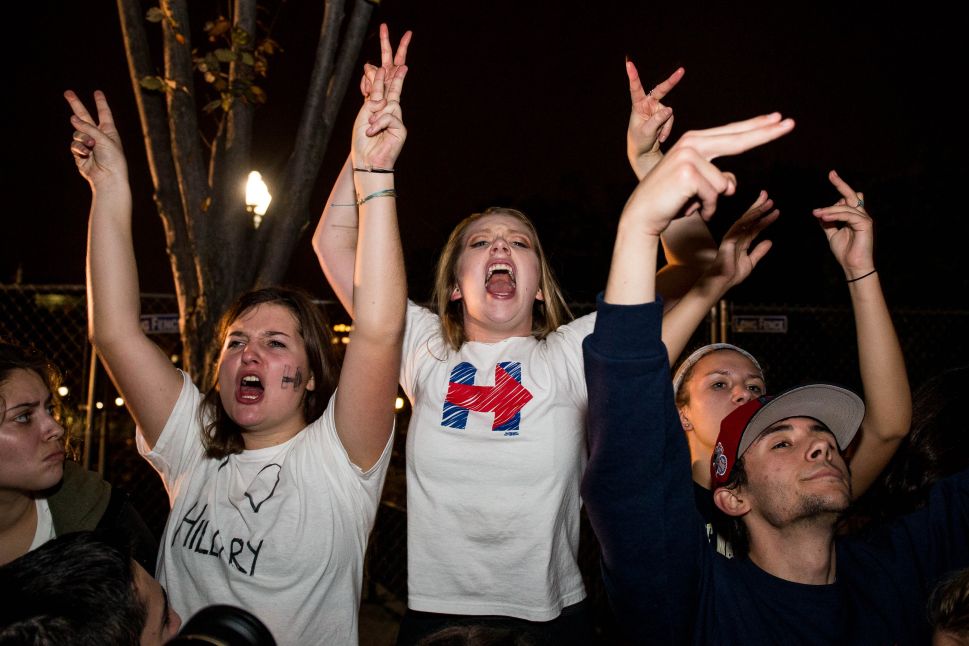