It takes some kind of chutzpah to pitch a publisher an idea for a book about a 2,000-year-old poem, which, discovered and restored by a 15th-century book collector, helps to usher in the Renaissance. And in the hands of a lesser writer, that book would have been roundly rejected. But for Harvard Professor Stephen Greenblatt, it was a chance to tell a story, The Swerve, that landed on the best-seller lists and bagged both a Pulitzer Prize and a National Book Award. Widely praised, the book earned high marks for Greenblatt’s ability to pack a book with a density of ideas without ever making the reader strain in effort; the book, noted Dwight Garner of the New York Times, feels like “well-brewed coffee with plenty of milk and sugar stirred in; it’s a latte, not an espresso.”

This wasn’t, of course, Greenblatt’s first effort. His biography of William Shakespeare was a chart-topper, as well as a critical smash hit. So we’re thrilled to have Stephen Greenblatt as the subject of the next of our Writing Routines. The interview below dives into how Prof. Greenblatt works and what inspires him—and gives us a rare window into the inner thoughts of a writing talent.

Writing Routines dives into the writing habits of prize-winning authors and public voices. If you want an e-mail when the next Writing Routines is published, click here to subscribe.

Let’s start with the basics: What time of day do you start writing? Is it easier for you to write early in the morning? Late at night?

8:30 to 9 am. I am almost as predictable as Kant. Never late at night. Easier, usually, in the afternoon, after banging my head against the wall all morning.

When you first sit down to write, let’s say, a snippet of one of your books, how do you start? Walk us through what’s going on in Prof. Stephen Greenblatt’s head when he sits down and puts fingers to keyboard (or pen to paper)?

For the most part, I work sentence by sentence—that is, not with a list of key words, a set of phrases, or an outline and not, alas, in a great rush of feverish insight. If—as occasionally happens – I see my way forward, I scribble a list of places I hope to go, and sometimes that helps. But almost always for me it is one sentence at a time (often rewriting the same sentence over and over again).

Speaking of which, what’s your preferred tool for writing—a word processor like Microsoft Word, Google Docs, etc.? A pen and paper?

Do you listen to music when you write, or do you prefer silence? Or something else in the background?

Silence. I cannot work while listening to music. If I cannot get silence, then just something random, like talking in the background, is okay.

Do you have any pre-writing rituals or habits?

Do you have a set goal when you write? A number of pages, perhaps, or a set number of words?

I’m very happy with myself if at the end of a full day I’ve written 5 pages, but that rarely happens. I feel miserable if I haven’t written anything.

What’s your process for editing your work? Which part of the process gives you more joy, the editing or the writing itself?

I tend to edit heavily and repeatedly as I go along, so I don’t make the distinction, at least by myself. For the books that I’ve written for a larger public, however, I’ve had the help of an immensely gifted editor (Alane Mason, at Norton), so there I do separate out the tasks: in effect my own writing/editing; and then a further editing after receiving her suggestions. I tend to hate the latter experience, though I recognize that it is almost invariably good—a bit like swallowing disagreeable but essential medicine.

You’ve talked in the past about creating no distinction in your writing between the “initiated” or the “uninitiated.” That’s one of the reasons I think your work has had such resonance. Can you talk, then, about whether or not you have an imagined audience in your head when you write? Or are you writing for yourself and then thinking of the audience later, or not at all?

I’m happiest if I am telling a story. I tend to sense its pleasures and excitements within me, but that doesn’t mean that I’m writing for myself and then only later thinking of an audience. Why not? The simplest answer is that if the story is any good, it bears telling and retelling to oneself, as if one were hearing it for the first time.

Do you find that the process of writing different for short-form work versus longer-form books?

Very occasionally—and usually under the pressure of a deadline—I write a short piece very quickly. Even then I tend to rewrite the sentences, but not as often or obsessively. And I am relieved from the burden of trying to weave things together and create a larger flow.

Who do you read, if anyone, on the process of writing? What are your favorite books on writing if you have any? Is there an author (or several) whose work you see as the mark you’re trying to hit when you begin a project?

It’s more my friends—friends whose writing I particularly admire – that I read and try to channel, rather than books on writing. So I love the way Adam Phillips writes, for example, or Luke Menand, Bernard Williams, Robert Pinsky, Adam Gopnik, or Jill Lepore. And there are others. I am fortunate in my friends.

For some writers, the act of writing is torture; for others, it’s bliss. Where do you fall on that spectrum?

On both ends. It is strange that it should be both, but it is.

When did your aspirations to become a writer begin?

In some sense, forever, in some sense, never. For the former: at my mother’s knee, since it was she who loved to write and helped me with my writing. For the latter: Like many scholars, I have a weird inhibition about thinking of myself as a writer and have to fight constantly against myself and my profession to allow myself to recognize that what I’m doing is, after all…writing (as distinct, I suppose, from “research”). Having said that, my undergraduate honors thesis, on modern satire, began, “All over Evelyn Waugh’s England country houses are being torn down”; and my doctoral dissertation began: “Sir Henry Yelverton was no friend to Sir Walter Ralegh.” I’m still proud of those sentences, so even back then I must have had some aspiration to becoming a writer.

Which book would you say was your favorite to write?

I am reluctant to say, any more than one would name a favorite child. But for its sheer wealth of wild material, I’ve loved working on my current book, The Rise and Fall of Adam and Eve. And I found a particularly deep pleasure, some time back, in writing Hamlet in Purgatory.

Jimmy Soni is the co-author of Rome’s Last Citizen: The Life and Legacy of Cato and the author of forthcoming biography of Claude Shannon. He is an editor at the Observer and lives in Los Angeles. If you want an alert about the next Writing Routine, click here to subscribe. 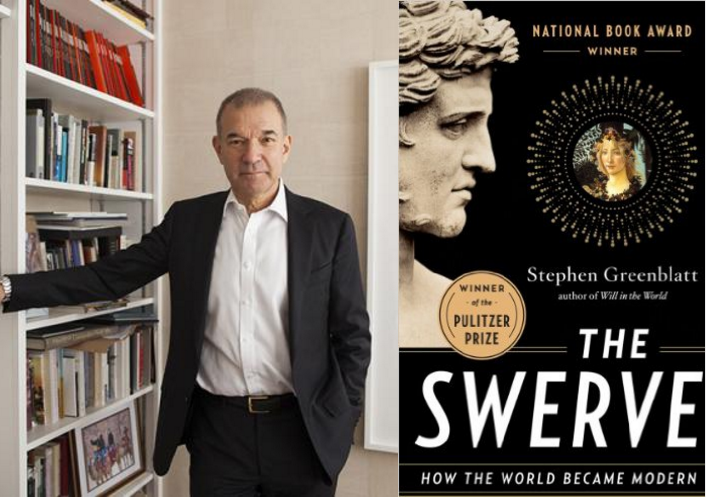