Should the United States put a price on privacy?

The editors at Businessweek like that approach. In a Halloween post on Bloomberg View, the editors argued privacy would be better served if internet service providers gave consumers the option to pay for it rather than for the FCC to require—as it recently has—that consumers must opt in to corporate surveillance. The editors wrote, “So-called pay-for-privacy policies, in which companies charge users more in exchange for not tracking them, is one promising approach.”

It turns out that privacy already has a price, and one can roughly find it in a straightforward way, according to Christopher Soghoian, a technologist at the American Civil Liberties Union. It runs about $400. That’s the price of the cheapest new iPhone available on the market today.

In a recently released TED talk, Soghoian said there’s a “digital security divide” between wealthier iPhone users and generally low-income buyers of devices running on Google’s Android operating system. This threatens democracy, he argues, because today’s new civil rights movements run on mobile technology, but most of these new leaders’ followers will receive marching orders on phones that don’t protect them.

“You see, Apple has made a conscious decision to get out of the surveillance business,” he told the crowd, encrypting the data stored on the device and encrypting messages between iPhone users by default. “In contrast, the security of Android just really isn’t as good.”

“Not everyone can afford an iPhone,” he lamented. “That’s where Android really dominates, at the middle and low end of the market.”

“There’s increasingly a gap between the rich—who can afford devices that secure their data by default—and the poor—whose devices do very little to protect them by default,” he said.

Worse, Google has actively undermined encryption with its newest offerings. In particular, it built a new messaging app, Allo, loaded with cool features powered by artificial intelligence, but they don’t work unless users decrypt their messages and permit Google to scan all their communications. Mountain View has been happy to share users’ location data with the police already.

At a recent presentation in New York, an Android engineer argued that the security of their phones will surpass Apple’s soon, thanks to the more open nature of Google’s development process, but it’s hard to take the argument seriously as long as its basic text messaging app still operates in plain text.

At this point in any conversation about privacy, listeners’ minds (and often their mouth) begin bubbling with some version of the old saw, “I have nothing to hide.” To counter it, Soghoian broadens his view to reflect on the society-wide implications of surveillance by default for a country’s least affluent citizens.

“The lack of default security in Android is not just a problem for the poor and vulnerable who use these devices, this is actually a problem for our democracy,” he argued. “We must remember that surveillance is a tool. It’s a tool used by those in power against those who have no power.”

He continued, “If we do nothing to insure that everyone in our society gets the same benefits of encryption—and is equally able to protect themselves from surveillance by the state—not only will the poor and vulnerable be exposed to surveillance, but future civil rights movements could be crushed before they ever reach their full potential.”

Android users do have options. They can enable a password to unlock their phone (ZDNet has a guide to some key features to enable). They can install Signal or WhatsApp for their messaging (both encrypt messages by default). They can turn off Android’s location tracking (which it logs whether you have an app that requires location services open or not). Those are a good start, and Troy Hunt has written ways to go deeper.

However, the iPhone priced Android Blackberry, marketed toward the privacy conscious, is likely to disappoint.

The framer’s of the Constitution seemed to believe that privacy was a right, not a freemium feature, contrary to the preferences of those at Bloomberg. In a digital age, just living life has the unfortunate side effect of leaving a record of just about everything we say and do, but it’s hard to believe that the founders’ would believe that should change anything about our presumption of privacy. That privilege should come at the same price for everyone: free of charge. 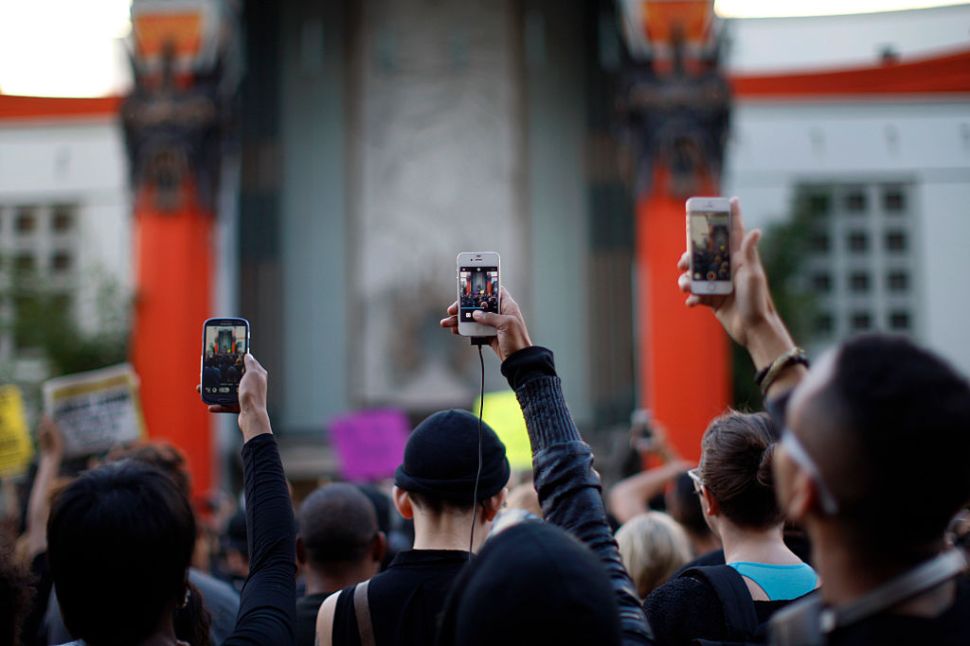