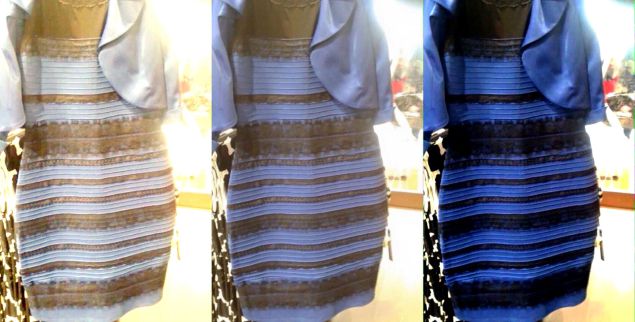 Do you see the flip flops as the same colors as “the dress”? Twitter

We’re sorry to do this to you, but “the dress” is happening all over again.

A photo of a pair of striped flip flops has surfaced online, and no one can agree on if the shoes are white and gold or black and blue.

According to a poll in the BuzzFeed article published about the shoes yesterday, the majority, 44 percent, see white and gold. 20 percent see blue and black, and another 20 percent see blue and gold. Only 12 percent said they see blue and brown, and four percent responded with “other.” What is perhaps the most interesting about this, though, is that it seems people are seeing the flip flops as the same colors they saw the dress. To me, the dress appeared blue and gold, and I noticed the consistency right away when I looked at the flip flops. Another BuzzFeed poll shows this is happening for the majority—77 percent said they see the flip flops as the same colors as the dress.

As a viral phenomenon, “the dress” was actually more than just a buzzy news item. It actually had a big impact on science, with a number of university researchers publishing scientific studies on it within the first year after it went viral. One joint study from neuroscientists at Wellesley College and MIT found trends in the dress color perception among ages and sexes. Another study focused on color and came to some conclusions about blue-yellow asymmetry.

With the flip flops following suit and going viral as well, it’s only a matter of time before they’re in the science journals too. 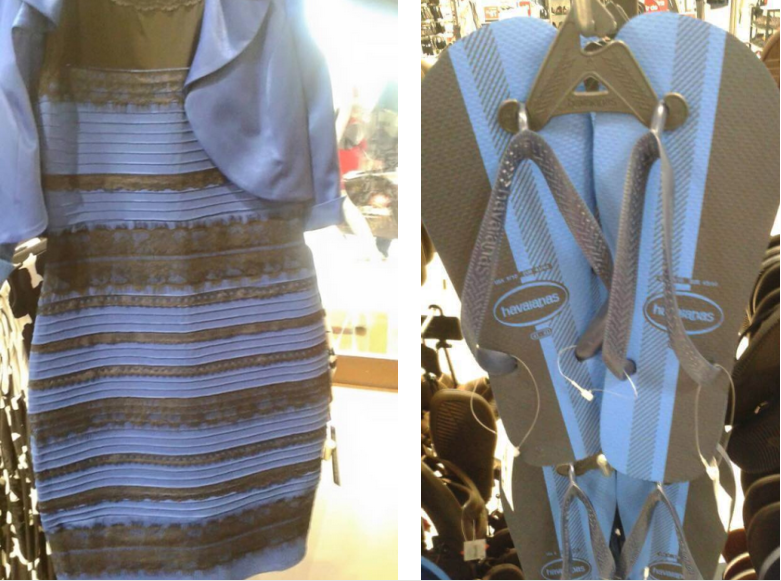