A judge today sentenced a Bayonne man to 15 months in prison for paying $65,000 in bribes to a Bayonne public official in return for the public official’s assistance in securing projects funded by the U.S. Department of Housing and Urban Development, U.S. Attorney Paul J. Fishman announced.

Joseph Arrigo, 47, previously pleaded guilty before U.S. District Judge Peter G. Sheridan to an information charging him with one count of paying bribes totaling approximately $65,000 to Anselmo Crisonino, 56, also of Bayonne, who served as the senior accountant of the City of Bayonne Department of Community Development (CBDCD).

Arrigo had also pleaded guilty to one count of theft and conversion of government funds in the amount of $40,000, and one count of submitting a false tax return for tax year 2011. Judge Sheridan imposed the sentence today in Trenton federal court. 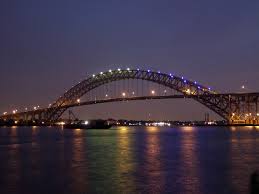