Sen. Bernie Sanders has begun to revert to his anti-establishment self as the end of the presidential election draws nearer.

Supporters have balked at a Sanders who supports Hillary Clinton, as she embodies the corruption and corporate influences that have transformed democracy in this country into an oligarchy. Sanders campaign events on behalf of Clinton have received poor attendance from supporters, especially in comparison to the rallies he held during his own campaign.

Rather than delay holding Clinton accountable to progressive ideals until she’s safely in the White House, Sanders has recently emphasized the importance of pushing her to do the right thing, as she can’t be trusted to do so otherwise. “This is not trust. We are not here to trust,” Sanders said in a recent interview with NowThis. “It is the very opposite of what I am saying, ‘oh, sit back, elect Clinton, and then trust.’ No, Mobilize. Educate. And if there are Democratic members of Congress, or if Clinton, when elected President does not go forward in doing the right thing, let them know how you feel about it.”

Sanders’ organization Our Revolution has started a petition for Clinton to oppose the Dakota Access Pipeline, in support of the Native Americans protesting the project.

Unsurprisingly, Clinton has remained silent on the issue, only recently issuing a scripted statement of neutrality after protesters camped out at her campaign headquarters. Sanders sent a letter to President Obama on October 28, pleading with him to intervene as he eventually did with the Keystone XL pipeline. Obama has approved two more new pipelines while attention is focused on the Dakota Access Pipeline.

Over and over the government has broken its promise to respect Native American sovereign rights. Now it's time for real change. #NoDAPL

Sanders’ recent Op-Eds have also shifted from explaining why someone should vote for Clinton, to what he and his supporters need to do the day after Election Day. He has stopped critiquing Donald Trump as much and has started to scold Hillary Clinton again.

“The leverage that I think I take into the Senate is taking on the entire Democratic Party establishment, and, you know, taking on a very powerful political organization with the Clinton people,” Sanders said in a recent interview with The Washington Post. “We won 22 states and 46 percent of the pledged delegates, 13.4 million votes…and a majority of the younger people, the future of the country…That gives me a lot of leverage, leverage that I intend to use.”

Sanders also cautioned that if Clinton appoints corrupt, pro-Wall Street administration officials, he will do everything in his power to fight those nominations. “I expect her to appoint people who will head agencies in a way that is consistent with the Democratic Party platform, and if not, I will do my best to oppose those nominees,” he added.

Though Sanders supporters have been relegated to apathy since he officially ended his presidential campaign at the Democratic National Convention, Sanders is beginning to show every intention of giving his supporters something to be excited about after Election Day. Clinton’s free pass from Sanders is over. 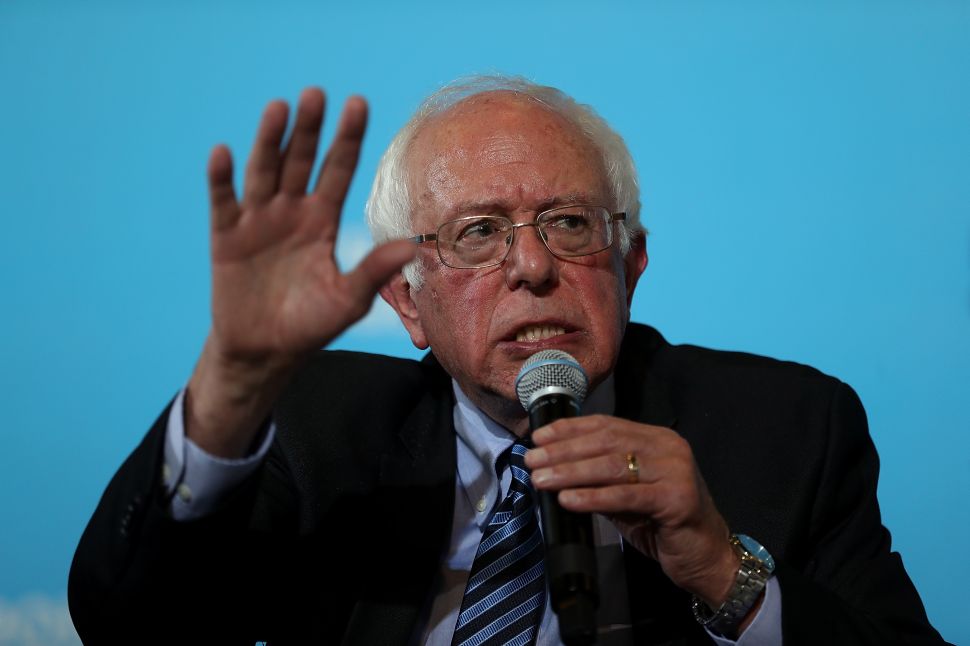