Vermont Sen. Bernie Sanders defended his decision earlier today to vote with the rest of the Senate Democratic Caucus for Sen. Charles Schumer as their leader—arguing his fellow Brooklyn native “will do a very good job” in uniting the minority opposition.

Speaking to radio host Brian Lehrer on WNYC following the unanimous decision to elevate New York’s senior senator to replace retiring Minority Leader Harry Reid, Sanders pushed back on complaints from callers and left-leaning journals like The Intercept that Schumer is too aligned with Wall Street financial firms to resist the Republican majority’s agenda. The Vermont lawmaker, a self-described independent socialist who votes with the Democrats, noted that the conference spans vast differences in geography and ideology, and asserted that the triangulating Schumer has the personality and skills to unify those varying viewpoints.

“I supported Schumer. Schumer will be a very good leader in putting together our diverse caucus,” Sanders said. “The point is, in the caucus right now, you have some very conservative Democrats, you have [Massachusetts Sen.] Elizabeth Warren and myself and some other progressives. And I think Chuck will do a very good job in bringing that caucus together.”

The Democratic presidential primary underdog was on the air promoting his new book Our Revolution, which shares the name of a new organizing group born from the ashes of his candidacy. Sanders urged his supporters to remain active in electoral politics, arguing that the Democratic caucus would ultimately have to bow to the wishes of voters.

Senate Democrats fell three seats short of a majority last Tuesday, losing races in key swing states that Hillary Clinton also dropped in her shock defeat by Donald Trump. But current filibuster rules, which Republicans appear loathe to change, require 60 votes to close discussion on any piece of legislation—meaning the GOP majority will depend on the backing of at least eight Democrats to advance their agenda. This will likely require Majority Leader Mitch McConnell, whose colleagues also voted for him today, to negotiate with Schumer.

Sanders and Schumer both graduated from James Madison High School, albeit eight years apart. Both spoke at the Working Families Party gala in Manhattan earlier this year, where Schumer—an early and ardent supporter of Clinton’s campaign—described Sanders as his “homeboy” and pledged to give him a prominent role in shaping their conference’s agenda.

Sanders will chair the Senate Democrats’ Steering and Outreach Committee, which serves as an interface between the caucus and other politicians, as well as policy advocates and analysts. 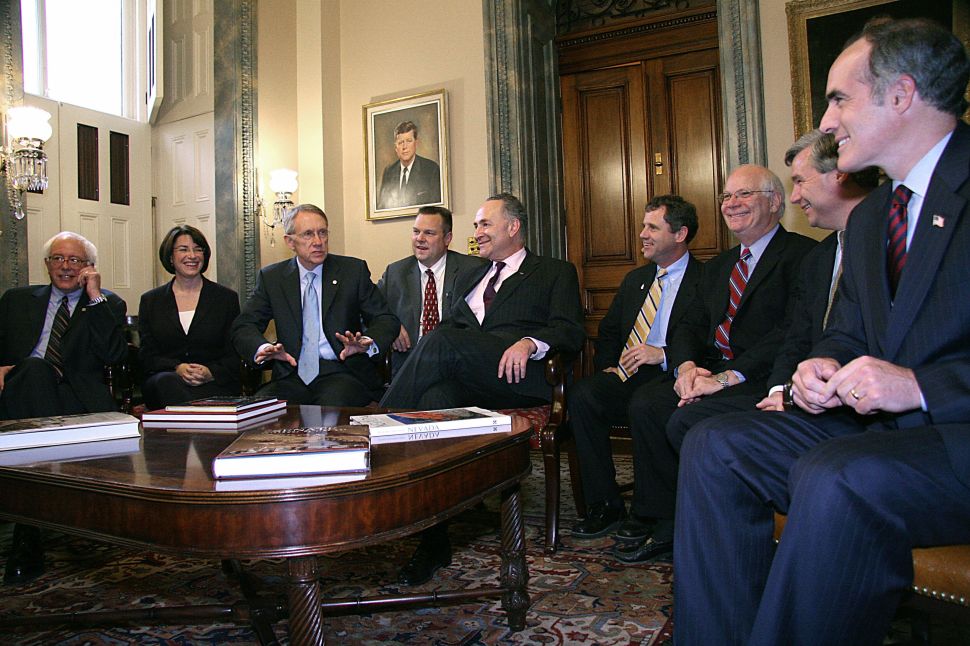