Bethenny Frankel went through a notoriously contentious divorce with her ex-husband Jason Hoppy.

The whole thing was chronicled on television—she starred on Real Housewives of New York as well as her own spinoff, Bethenny Ever After, which was supposed to be about Frankel finding love and happiness with Hoppy.

Things obviously took a different turn, with her rather well publicized divorce proceedings included the fight for their marital four-bedroom, three-bathroom Tribeca loft at 195 Hudson Street, which Hoppy refused to move out of until this year.

Anyway, once Hoppy finally agreed to leave the premises of the 3,275-square-foot home this summer, Frankel was able to list the condo with Douglas Elliman brokers Fredrik Eklund and John Gomes.

It turned out that offloading the apartment was a whole lot easier than getting her ex to move out—it went into contract just one day after it was put on the market, and Frankel told the Wall Street Journal that she was “glad that the real-estate gods were looking out for me saying, ‘let’s give her a break.’”

We already knew the Real Housewife is quite business savvy, considering she sold her Skinnygirl empire in 2011 for a reported $100 million. And now see she’s rather impressive with real estate, too. The L Trust (Steven Berson is the trustee) paid the $6.95 million listing price.

We can see why someone jumped at the chance to snag the space—the listing photos are beautiful, and the corner unit features hardwood floors, a polished nickel entry and nearly 12-foot ceilings.

The master suite includes a walk-in windowed dressing room with a full wall of closets, and the master bath is set up with two sinks, a soaking tub and a separate steam shower. The windowed kitchen is done with Caesarstone countertops, a SubZero fridge and lots of fancy appliances, as well as a full-size wine fridge, which has space for plenty of Frankel’s much-beloved low-calorie beverages—180 bottles, to be precise. Here’s hoping the new owners will stock the fridge with plenty of Skinnygirl-approved drinks. 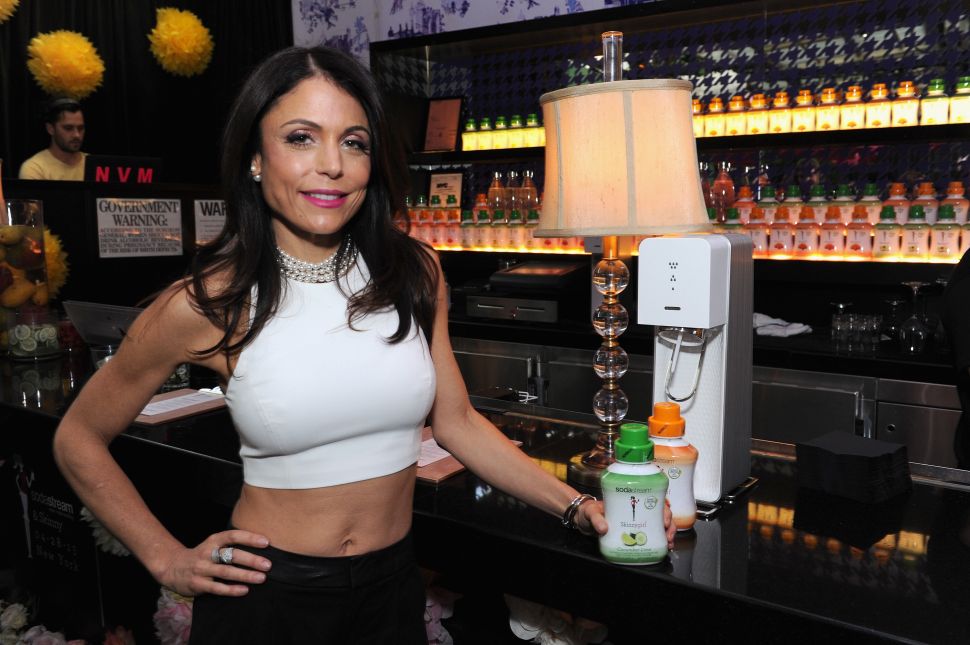