Speaking at Jacobi Hospital in the Bronx this evening, Mayor Bill de Blasio praised the life and service of NYPD Sergeant Paul Tuozzolo—killed this afternoon in a shoot-out with a armed robbery suspect—and pledged assistance to his wife, parents and two children.

Joined by NYPD Commissioner James O’Neill, police brass and local electeds at the facility where doctors pronounced Tuozzolo dead, the mayor spoke of “tremendous sorrow” at the 41-year-old cop’s death. Tuozzolo and his partner, who sustained a non-critical wound to the leg, exchanged fire with 35-year-old Manuel Rosales—a Long Island resident with 17 prior arrests, also killed in the encounter—on Bronx River Avenue in the Van Nest neighborhood of the Bronx shortly before 3 pm.

“This city is in mourning, and the family of the NYPD is in mourning, and particularly all the men and women of the 4-3 precinct are in mourning right now, the loss of a very good man, a devoted man, a man who committed his life to protecting all of us,” de Blasio said of the 19-year veteran of the department. “We told his wife, his mother, his father that the NYPD would be with them, with their family, for as long as they need help, for years and years to come. And we will support that family.”

O’Neill related the scarce details a preliminary investigation had turned up. It appears that Rosales had forced his way into the apartment of his estranged wife and child on nearby Beach Avenue while they were at home. He then fled, and another woman at the scene phoned 911.

Tuozzolo and his partner, and an as-yet unknown number of other officers, caught up with Rosales outside a storage facility just six minutes later. A volley of gunshots ensued, killing Rosales and injuring the two sergeants, who ambulances rushed to the hospital.

“I always talk about what a great job this is, but there’s nothing worse than a day like today,” said O’Neill.

Tuozzolo, also a Long Island resident, is the first NYPD officer killed on duty since the death of Officer Randolph Holder last October. The mayor’s office has ordered flags to fly at half mast in the fallen sergeant’s honor. 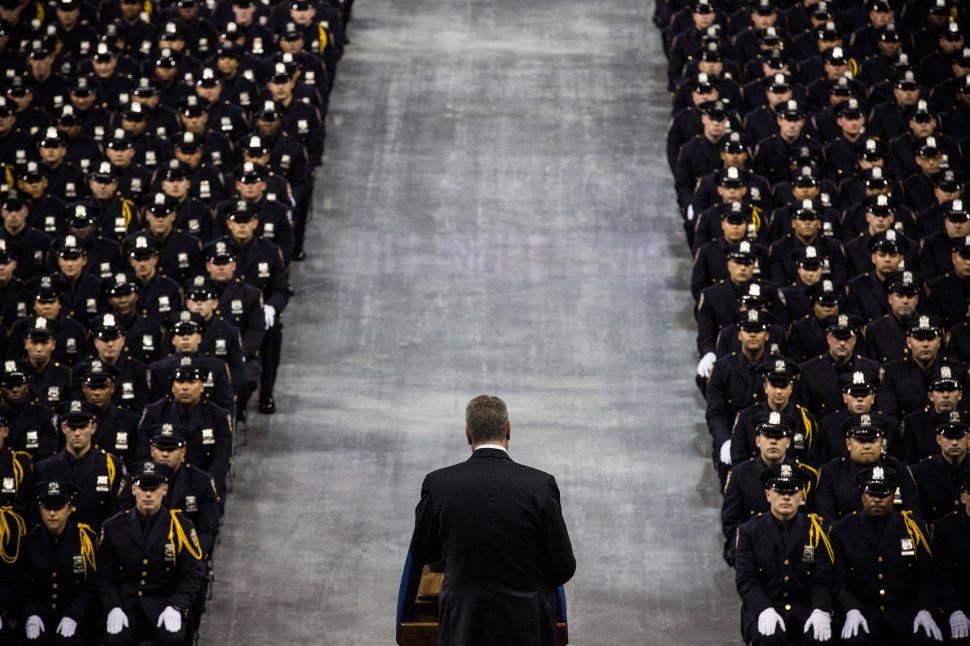