Another comeback saga in the boxing-ring genre, Bleed for This has elements of so many previous movies that it’s hard to tell where one heroic story ends and another one begins.  You’ll relive everything from Somebody Up There Likes Me to Southpaw in this true story of Vinny Pazienza, known as “Vinny Paz” and “The Tasmanian Devil”—a fighter on the rise to stardom whose career tanked when he was paralyzed with a fractured spine in an automobile accident that left him disabled for life. But as comeback stories go, Vinny fought the odds and turned out not only to walk again but also to win a junior middleweight division championship title. Nothing much revelatory here, but what makes the movie a keeper is the energy of director Ben Younger (Boiler Room) and the charisma of Miles Teller, the sensational young actor from Whiplash, who invests the role of a prizefighter with the same intensity he brought to the role of an obsessively driven drummer in that film. It’s so well made that Bleed for This won me over despite my aversion to timeworn sports pictures that tell basically the same story.

The one it most closely follows is David O. Russell’s 2010 Mark Wahlberg vehicle, The Fighter, about welterweight champion “Irish” Micky Ward.  Micky and Vinny had similar blue-collar backgrounds—Micky from the slums of Lowell, Massachusetts, and Vinny from Rhode Island. Both were driven to compete by pushy family members—Micky by an older brother who trashed his own boxing career with drugs and a prison term, Vinny by a demanding father (played with ferocity by Ciaran Hinds) who pushed him into the ring with intimidation and force—and driven to make comebacks with the help of troubled, has-been coaches and trainers who were desperate to jumpstart their own careers. Vinny’s story begins with his 1988 losing fight at Caesar’s Palace prior to his accident and continues through his years of suffering, chronicling the harrowing physical punishments he endured, including the halo surgery that screwed metal bolts into his skull in four places to hold his broken neck in place. Especially grueling is the torture he endured trying to keep his body in shape for a comeback, risking the odds even though no other opponent would take him on in the ring, even for a practice session. His life changes when he meets Kevin Rooney (impressively played by an unrecognizable Aaron Eckhart), an alcoholic coach who finds in Vinny the second chance he needs himself in order to survive. He gives the boxer the hope and courage to believe in himself on the road to recovery, challenging the rules by changing his weight category to propel him to victory. From the gruesome car crash to the brutality in the ring, the movie spares nothing, but maximum tension hits full throttle in the savage 12-round comeback match called “The Duel in the Desert” at the MGM Grand in Vegas, when the slightest blow to the head could be fatal.

Most movies about boxing contain performances from the Stillman’s Gym of Dramatic Art, but writer-director Ben Younger resists all of the Rocky clichés, and Teller and Eckhart are totally three-dimensional, turning Bleed for This into an honest, compelling and quite satisfactory chapter in sports-movie history. 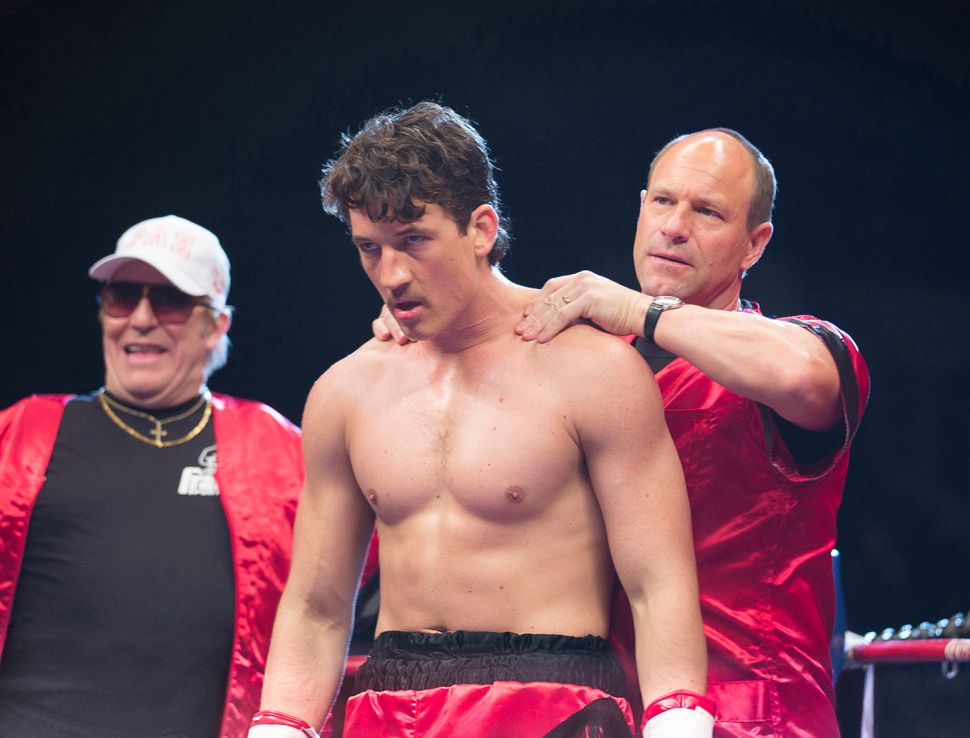