As most Democrats try to peel themselves off the canvas today or simply choose to lie there inert for as long as it takes to not be seen or heard or to see or hear, sources close to U.S. Senator Cory Booker began quietly pounding the 2020 war drums for their guy.

The Donald Trump stunned Hillary Clinton apparently had Booker on her VP short list, but opted instead for Virginia Senator Tim Kaine, who was supposed to pull Virginia and North Carolina for the doomed ticket. Kaine barely squeaked Virginia, but fumbled away NC, and appears hardly muscled up this side of the next presidential contest.

Booker, on the other hand, looks well positioned to capitalize on the good national-sized headlines he received this year, and on a well-received prime-time speaking spot at the Democratic National Convention in Philadelphia.

His allies are ready.

Of course, he’s hampered by New Jersey, a state that has not fielded a successful presidential candidate for nearly 20 years, but Booker has worked strenuously to build a transcendent social media brand for himself. 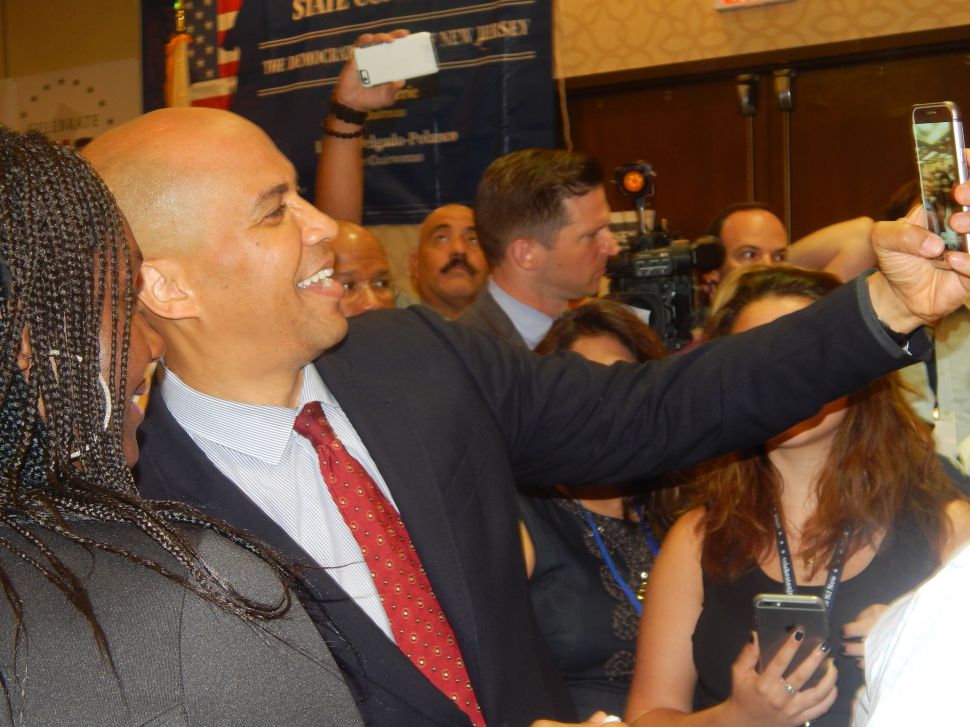