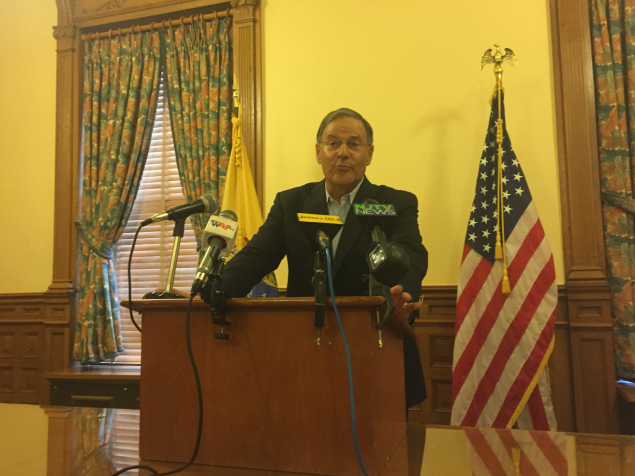 TRENTON — The day before voters decide between Donald Trump and Hillary Clinton, the most voluble lawmaker of New Jersey’s Republican caucus rushed to the defense of Governor Chris Christie, whose political star may depend on the outcome Tuesday. As the most prominent establishment Republican to join the Trump campaign and in the wake of a string of convictions for former insiders in his administration during the Bridgegate trial, Christie’s legacy and the N.J. GOP will have a lot at stake.

Assembly Minority Leader Jon Bramnick, who has defended Christie throughout the aftermath of the 2013 lane closure scandal in Fort Lee, called for an end to state-level investigations that he characterized as political theater. Democratic Assemblyman John Wisniewski, who is running for his party’s nomination in the 2017 gubernatorial election, has said that he plans to reconvene the investigative committee that he chaired two years ago.

As for his own ambitions, Bramnick said that he has still not decided whether to run for the Republican nomination when Christie is term-limited out. Recent mailers have cropped up in Central Jersey touting his role in the tax cuts that accompanied the state’s recent gas tax hike. 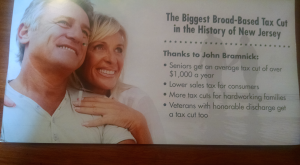 Recent mailers praising Bramnick for his role in the recent gas tax compromise, which included broad tax cuts to offset the hike on gas. Observer

Bramnick said he favors letting the U.S. Attorney’s office take up any further investigation into the Christie administration, calling Wisniewski’s committee plan apiece with a national ”politics of personal destruction” that would “focus the state on issues involving Bridgegate that have been resolved by a Democatic prosecutor.”

“We’ve had a jury verdict, and it’s time to refocus on policy,” Bramnick said, taking care to say he believes the suspicion Republicans feel toward Clinton is part of the same phenomenon.

“It has polarized this country, and I think to some degree polarized the state. There is a place for investigations, but it should not replace the work of this legislature. And I think that’s the tendency of government, even at the federal level where they’re talking about investigating Hillary even if she wins.

“I think the U.S. Attorney’s office generally is the best place for those kinds of investigations. Not the former chairman of the Democratic party in New Jersey,” he added of Wisniewski.

Asked whether those mailers could be a sign that he is weighing a gubernatorial bid or even a U.S. Senate run, Bramnick said only that he has not made up his mind about joining Lieutenant Governor Kim Guadagno and Assemblyman Jack Ciattarelli in the race for the governor’s mansion. Bramnick would be well-positioned for an appointment to U.S. Senator Bob Menendez’s seat if Menendez goes down on pending corruption charges.

“I haven’t made that decision,” he said of the gubernatorial. “I think I’ll watch each day as we move forward.”

With the presidential campaign entering its final hours, Bramnick declined to join Christie in endorsing Trump. He said he is confident that the state party, whose minorities in the Assembly and State Senate have been overwhelmingly critical of Christie’s heavy involvement in the the real estate developer’s campaign, will not suffer after this unusual election year.

“I don’t think anybody is going to be tainted at all. What I do think is that I made a decision not to endorse. That’s a personal decision on my part,” he said. “How I vote, I may let you know afterward. But I’m not voting for Hillary.

“I’m still working on it. And so is the rest of the country.” 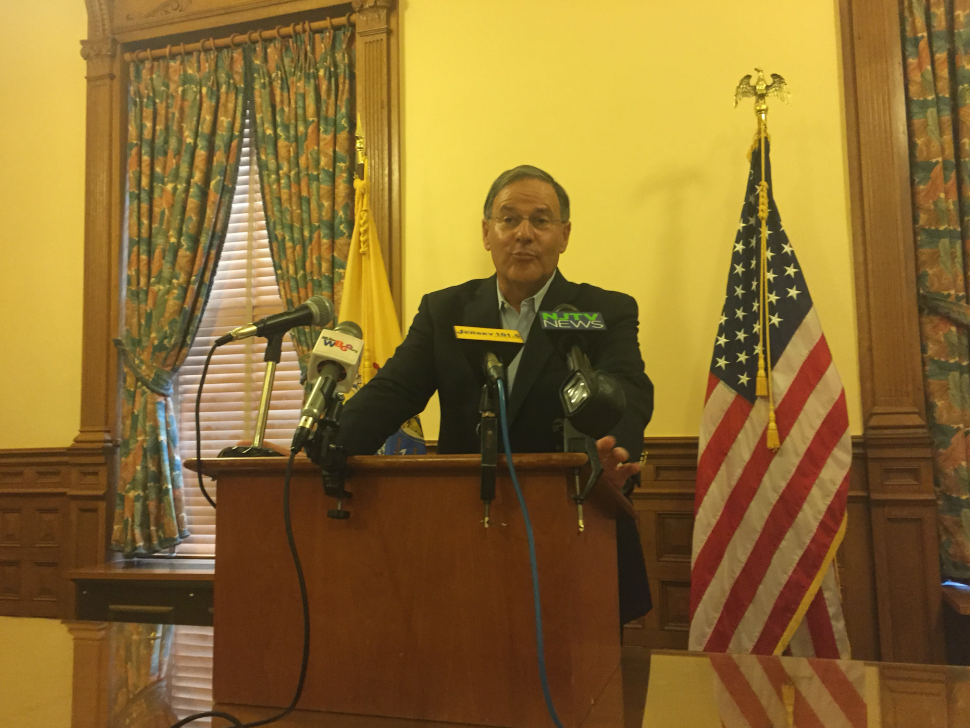